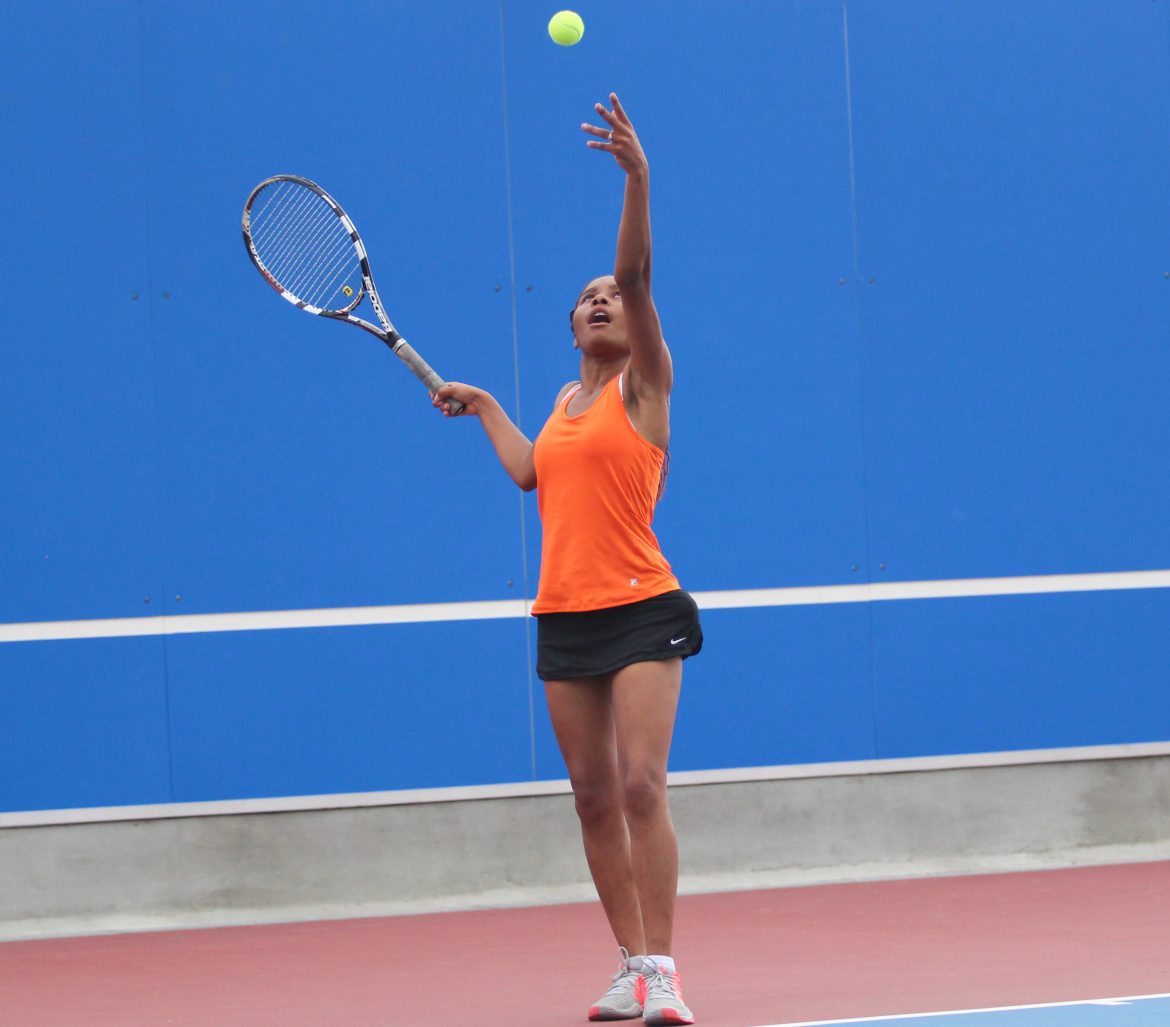 The girls’ varsity tennis team extended its winning streak with a 11-7 home win against the Maranatha Minutemen on Friday, September 15. The team’s overall record sits at 5-0 with one game left in the preseason.

The matchup featured a slightly modified lineup with sophomore Teryn Kum and freshmen Skylar Cornforth playing singles matches rather than doubles. Kum won two matches, by scores of 6-0 and 6-4. Cornforth and junior Deanna Als both secured one match each, as the Tigers struggled against the Minutemen’s number one doubles player.

Junior Shannon Huang and freshman Carissa Park teamed up once again to play in the doubles games. They collected two solid wins and their substitutes, senior Ashley Sato and freshman Lauren Galles continued their success with a 6-2 victory. Juniors Sheila Li and Rachel Park also garnered three points for the team’s total with match scores of 6-2, 6-0, and 6-1. Freshmen Talulla Chow and Kimberly Hsueh rounded out the team’s sum with a 6-2 win.

The team close out its preseason with an away match against Alhambra High School on Monday, September 18. Last year the team tied at 9-9 and lost in overall games played 68-71.