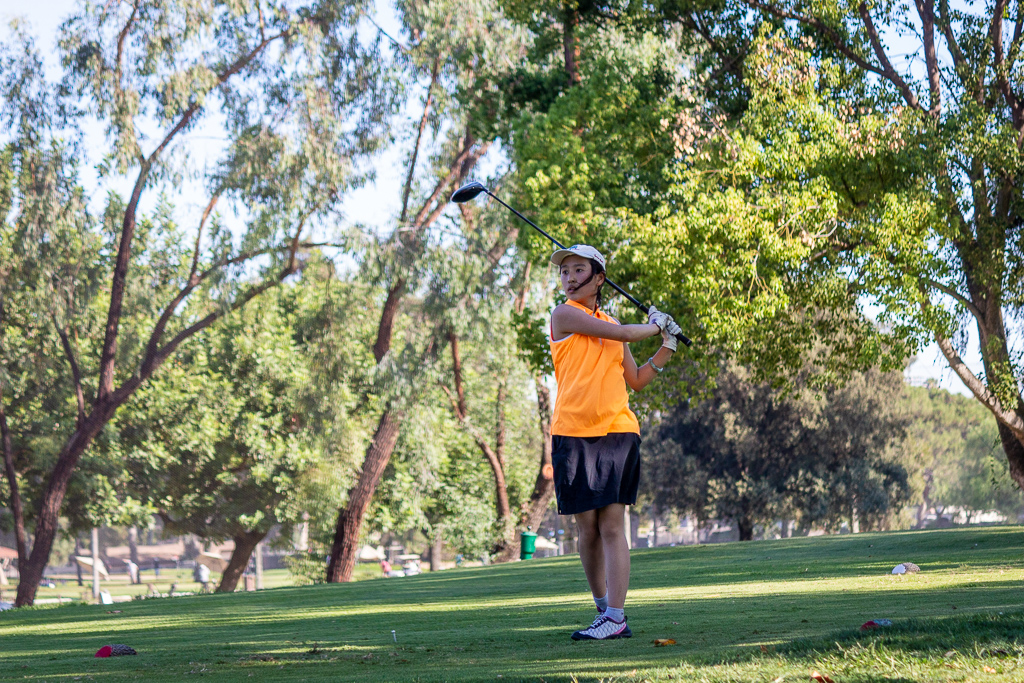 The Tigers will look to finish their season strong in their final match against Gabrielino.

The girls’ golf team dropped its second consecutive match to the Temple City Rams, 203-218, on Tuesday, October 9. The Tigers fall to 5-4 on the season and have been eliminated from championship contention for the second straight year.

“Today’s game was a tough match. The other team was at our level, but we weren’t on our A-game today,” Anthony said. “Our team is disappointed, but ready to win on Thursday [and] finish the season strong.”

The Tigers will finish their season against Gabrielino, who they previously defeated 205-230, on Thursday, October 11.