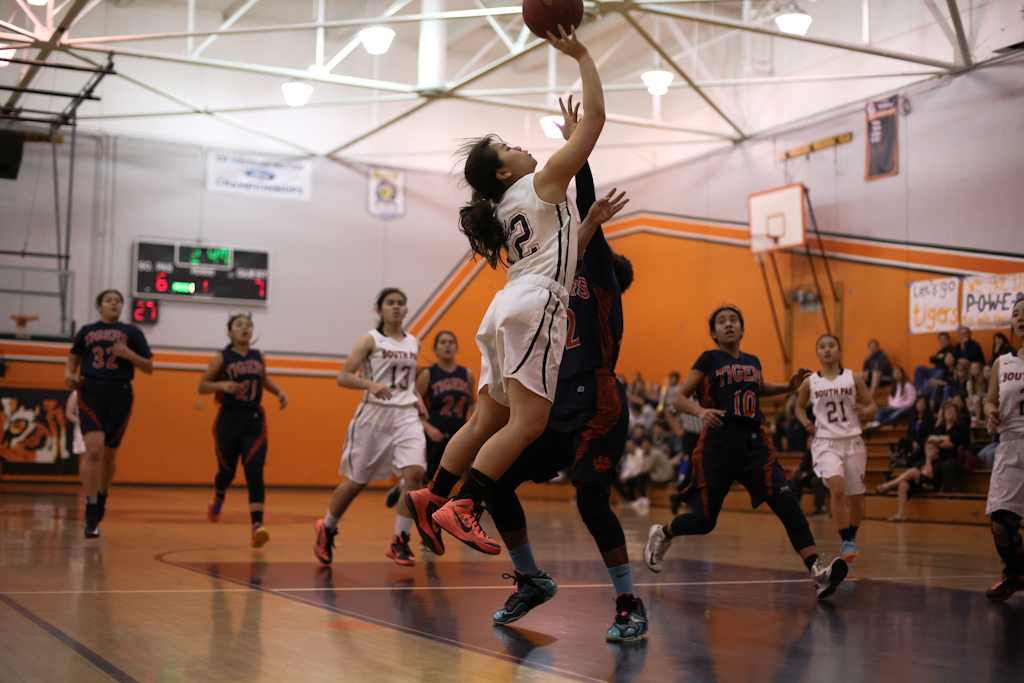 The girls’ varsity basketball team bounced back from their loss in CIF semifinals with a 64-41 win over Legacy High School on Wednesday, March 11 in Division III state playoffs.

Although South Pasadena had the home court advantage, both teams were sucked into each others’ defense early on, causing turnovers on both ends of the court. For the duration of the first half, South Pas was hampered by the Legacy press defense brought up, making it difficult for the team to bring the ball up past half-court. Scoring went back and forth with the teams neck and neck on the scoreboard. The only offense the girls could muster up at the time came from senior center Sophia Hathaway, who had four points, keeping the team tied with Legacy.

Still, Legacy’s press defense gave the Tigers more problems in the second quarter. Just as before, Legacy rushed South Pas into losing multiple possessions early in the quarter, until Hathaway revived the South Pas offense with a two pointer. She was followed shortly by sophomore shooting guard Juliana Tom, who nailed a three pointer that Legacy never recovered from. South Pas quickly went to work to chalk up more points on the board and finished the half up 29-15.

With the second half in motion, the girls were able to keep up their shooting frenzy when junior Kristen Kafkaloff rocked the court with a corner three to keep the Tigers in the rhythm. The girls were able to break out of the Legacy press and took the half by storm. With ten seconds left and the ball in South Pas hands, the home crowd quickly rose up to applaud the girls on their 64-41 win.

“We were a little rusty today since we have been off for about 10 days,” head coach Tammy Lai stated. “There are things we need to do better for our next round. Defensively, our rotation has to be quicker and we need to box out better.”

The team will face their biggest challenge of the season at North High School on Saturday March 14 at 6:00 p.m in Torrance in the next round of state playoffs. Torrance previously won the CIF Division 3AA playoffs and is second seeded in the tournament.