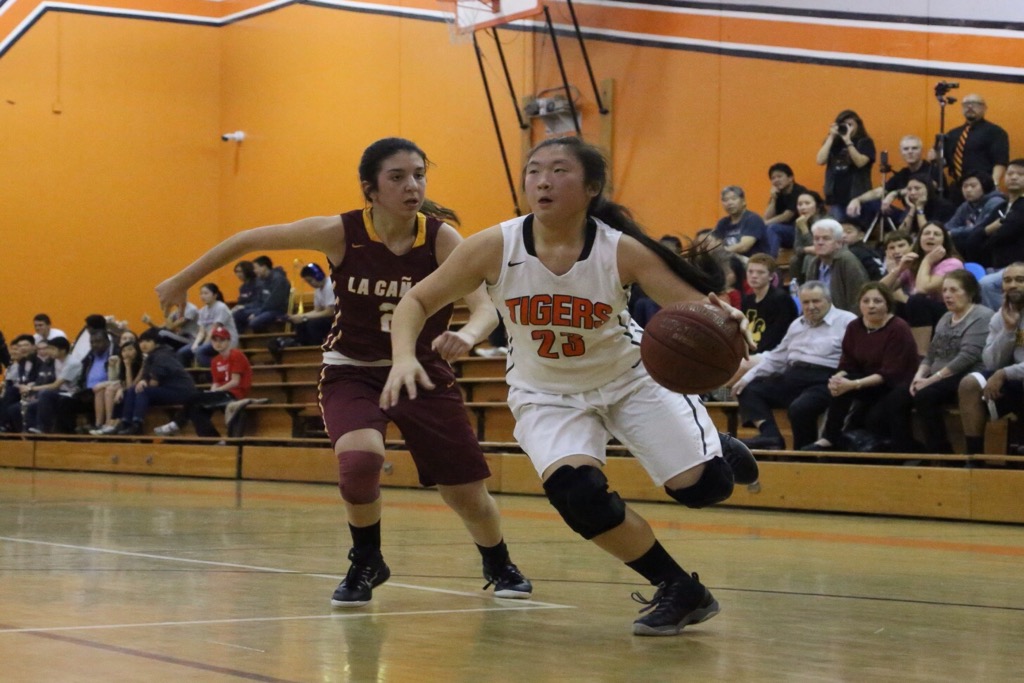 The varsity girls’ basketball team fell to the La Cañada Spartans by a score of 60-54 on Friday, February 5. The game was highly competitive for the most part, but the Tigers faltered towards the end to make way for a Spartan victory.

La Cañada quickly jumped ahead at the start, going on an 10-3 run to kick off the game. The Spartans constantly fed the ball to their center, the tallest player on the court, and the Tigers struggled to match her physicality. South Pasadena was able to stay close, however, with junior Juliana Tom knocking down two three-pointers and freshman Lauren Kafkaloff scoring five points in the first quarter. The Tigers played better in the second quarter, but La Cañada continued to dominate the boards, grabbing several offensive rebounds. By halftime, South Pasadena trailed 28-24.

The Spartans yet again came out of the gates hot, going on a 6-0 run at the start of the second half. However, the Tigers climbed back, with senior Kristen Kafkaloff scoring seven points in the third quarter and were able to cut the lead down to one midway through the fourth quarter after Tom sank her third three-pointer. Neither team was able to break away from the other for the next couple minutes, until La Cañada hit back to back three-pointers, putting the game out of reach for South Pasadena. Despite their best efforts, the Tigers couldn’t fight their way back, and ended up with a 60-54 loss.

The team’s league record now stands at a solid 6-2. The girls are currently in second place in the Rio Hondo League, behind the 8-0 La Cañada. The team’s next and second-to-last league game will take place on Tuesday, February 9, at home against the Temple City Rams.