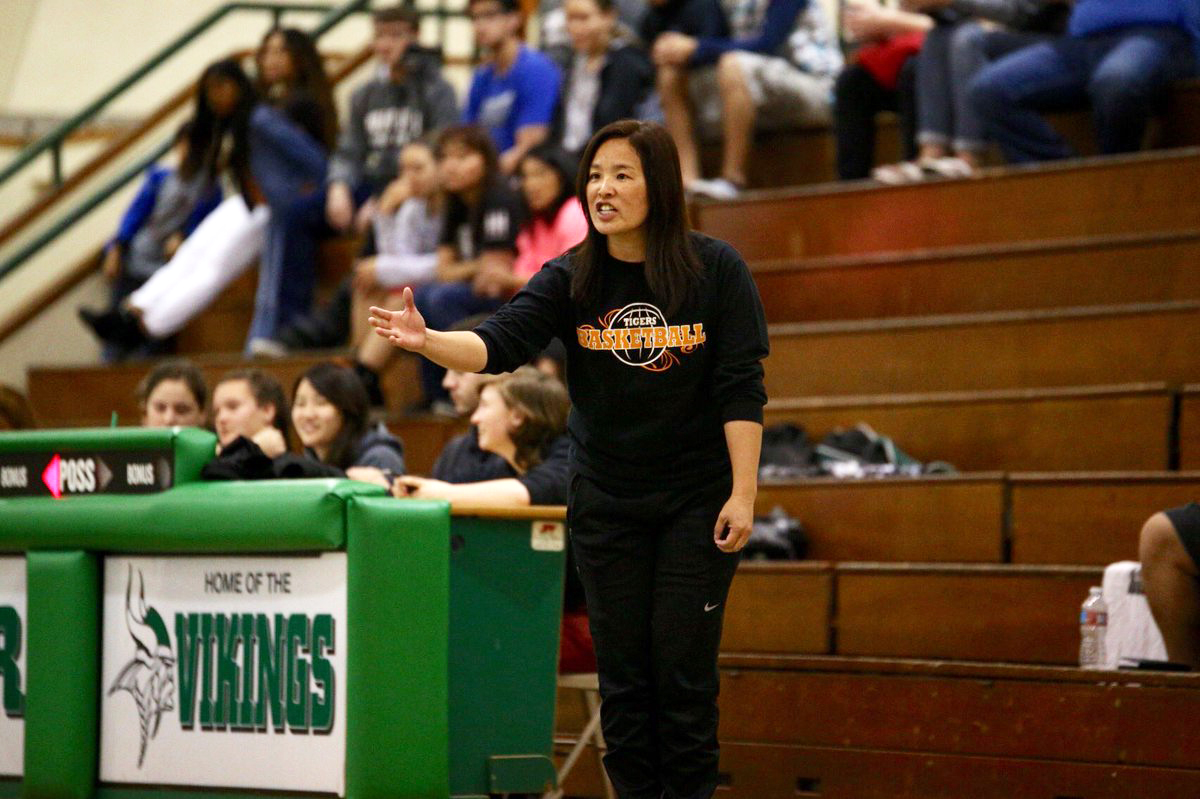 Tammy Lai is stepping down as the girls’ basketball coach after heading the program for four seasons. Lai was the most successful coach in South Pas girls’ basketball history, and holds an overall win-loss record of 82-23 and comprehensive league record of 35-5.

“Coach Lai has devoted a lot of time and energy to helping South Pas girls’ basketball develop into a more respected program,” SPHS basketball alumna Lexie Scholtz said. “A lot of that success can be attributed to having such a strong coach to lead us. She’s always believed in her players and that shows in the success of the program during those four years.”

Lai began her career at South Pasadena in 2011 as the assistant coach. The next season, as head coach, she ushered in girls’ basketball’s most victorious era, starting by coaching the team to the CIF quarterfinals in her debut season and breaking the record for most wins since the 1994-1995 season. The following year, she propelled the Tigers to a CIF semifinals run and eventually to the second round of State Playoffs, the first time in school history for both. During her third season as head coach, the Tigers went 10-0 in league to earn themselves the league championship title and once again broke the record of most wins. That same season, South Pasadena again advanced to the semifinals of CIF and the second round of State Playoffs. Most recently, in the 2015-2016 season, despite speculation of challenges due to the loss of several key seniors, the Tigers went 8-2 in league and made it to the quarterfinals of CIF. Lai shaped the talent of her players into a formidable team that achieved great success against schools from all around the area.

“She really connected with us as people and understood how to get the most out of us,” Scholtz said. “She knew what worked for us on the court and what didn’t, and has always encouraged us just to play the way she knows we can. I think she fostered a very different team dynamic and different player-coach relationship than past coaches, and that made a big difference to the team.”

Outside of the team’s accomplishments, Lai also earned individual achievements, including  being selected to co-coach the Pasadena Star News All-Star team for the 2014-2015 season.

Lai harbored a strong connection with her players, and would make witty comments while simultaneously coaching the girls during practices, allowing her to fortify her relationship with them as both a mentor and friend. She contributed time outside of official practices by staying later when the team wanted to shoot or by opening the gym for players that wanted extra practice. Her understanding of the game and the various players’ strengths and weaknesses supplemented the team’s success throughout the last four years.

“Losing her as a coach is devastating and heartbreaking, especially since I’ve been with her for the last three years,” senior captain Jalynne Li said. “However, knowing that my team is a group of dedicated, hard-working players, I can confidently say that we will continue to bond and improve with our new coach next season, whoever that may be.”