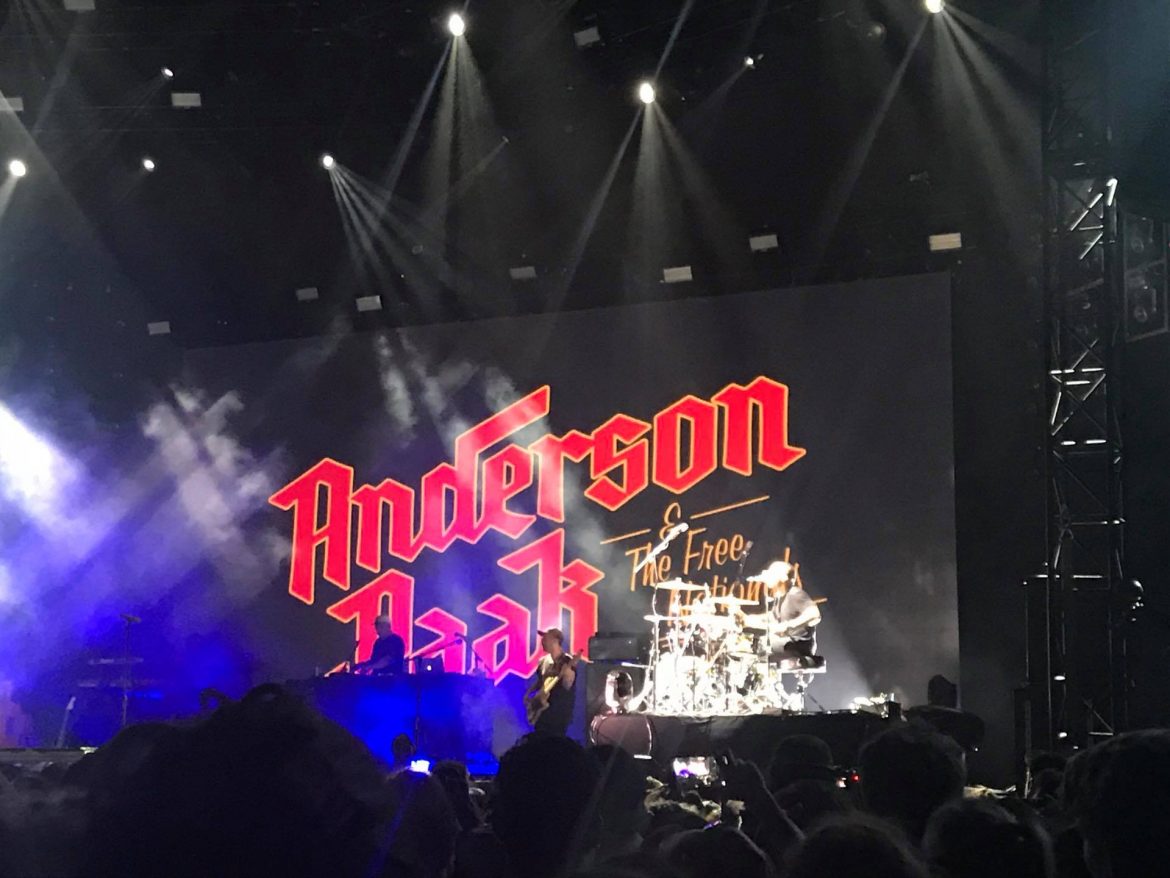 Anderson .Paak played the first day of FYF, hyping up a crowd with songs that have defined the past year and setting an energetic precedent for later sets at the festival.

FYF is a music festival that brings out the best of L.A.– young alternative teens at their first festival or thirty-somethings hoping to catch their old favorite artists. The annual F**k Yeah Fest (yes that is what it stands for) music festival is hosted at Exposition Park in Los Angeles this year. The festival expanded to three days and took place on July 21 to July 23.

My trip to FYF was two years in the making: persuading my parents to let me go was not an easy venture but I was eventually successful. l decided to attend only Friday and Saturday, the days that held the performers I was most interested in seeing.

The highlight of the weekend was by far the rare performance by R&B recluse Frank Ocean. Ocean has a flaky reputation, canceling shows and cryptically delaying music releases. The singer almost never performs, having canceled a previous year’s FYF headline days before.  However, this year, the artist delivered and put on a set that made up for all his past mishaps.

Frank Ocean was one of the most anticipated artists at FYF this year.

A couple of my friends and I decided to sacrifice seeing the iconic Erykah Badu in order to get good seats for Frank Ocean. It seemed as though the 30,000 other attendees had the same idea as we spent almost two hours standing with no space to move. Eventually, we managed to get decently close spots after having suffered aching feet and sweating profusely from the confined body heat.

When Ocean came out, however, all negative thoughts were erased and it became clear that the wait was worth it. Ocean was alone onstage, clad in noise-canceling headphones and colorful sneakers. His camera crew projected carefully crafted images of the singer and audience onto the big screen – reminiscent of a music documentary – making the crowd of thousands seem intimate. The singer performed songs mostly from his most recent album Blonde, sprinkling a few new covers and recently released singles here and there. Ocean’s famously soothing R&B voice was his only tool – he didn’t need guest performers or lively stage gimmicks. His impressive vocals engaged the crowd in such a way that not even the most upbeat of performers could. The personal and private performance had the whole crowd in awe, making me realize how lucky I was to attend this one of a kind show.

Before Ocean, we attended A Tribe Called Quest’s set: another significant performance as group member Q-tip claimed that this was Tribe’s last Los Angeles show. The old school legends put on an incredible show while making sure to tribute the late group member Phife Dawg. The energy was lively as the audience enjoyed the upbeat rap.

Another memorable performance was Anderson .Paak & The Free Nationals. Paak put on an energetic and diverse show, wowing the audience with his perfect pitch and fast raps. The contemporary hip hop artist completely captivated the crowd with his charisma and energy. As he took over the drum set halfway through the show, it was clear that this man was made for performing. Band members from The Free Nationals also had their time to shine, delivering electronic melodies that made you want to dance. While not a headlining performance, Paak put on a show that was worthy of one.

While these were the performances that stuck with me the most, others were worth noting. Legendary Missy Elliott performed after a decade hiatus while battling a cold and technical difficulties. Some more lesser-known notable sets included those of Majid Jordan, Princess Nokia, and NoName.

Both Friday and Saturday the air was hot and unusually humid, making us break a sweat before even entering the park. Security was fairly minimal, which let us enter with no problem. The setup of the festival was simple and easy enough to decipher with a map. The eating options were endless, overpriced as they were. Besides the obvious main stages, there were small dancefloors scattered throughout, playing lively and enticing music that one couldn’t resist stopping by.

FYF Fest did not disappoint. The lineup was well worth the money, aching feet, and sweltering heat. While I wasn’t able to hit every artist I had hoped to, it was overall a memorable experience. The festival was well organized, hosted fantastic artists, and skipped the cons of huge, mainstream festivals.