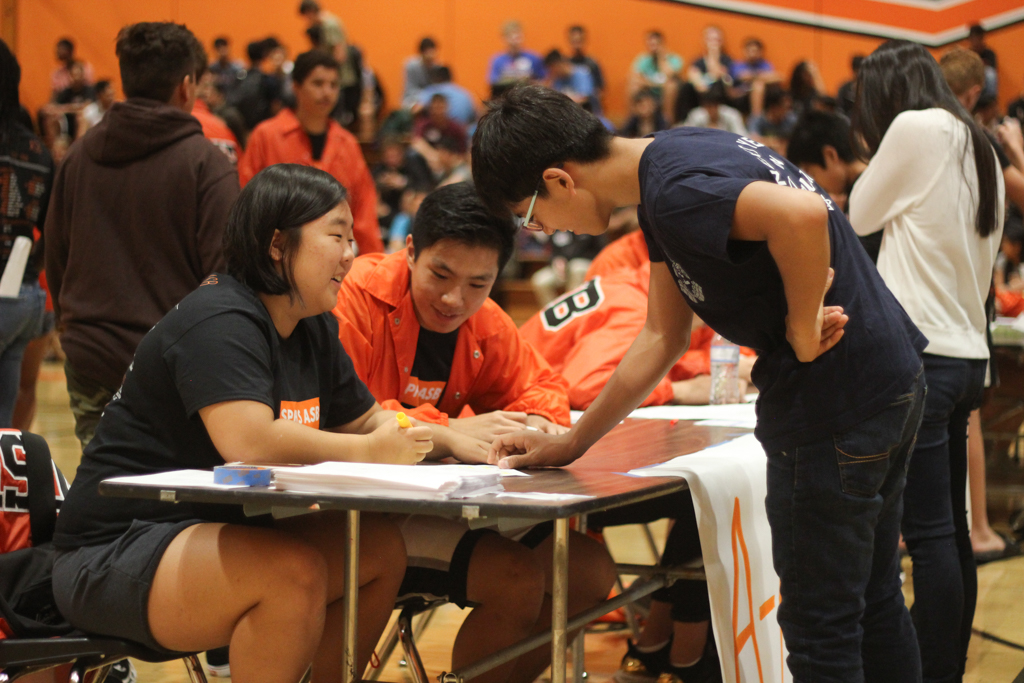 Incoming South Pasadena High School freshmen gathered outside the gym on August 8 to complete orientation. From 9 AM to 12 PM, the new students were given an opportunity to tour SPHS and form deeper class bonds.

“Assimilating to high school as a freshman is the most important part of high school,” senior Commissioner of Assemblies Anders Keith said. “That process started today.”

The event began as ASB officers welcomed the new class by singing various camp songs such as “Boom Chicka Boom” and “Baby Shark.” The freshmen were then introduced to the administration team, ASB representatives, and the Pep squad by Commissioner of Internal Affairs (CIA), senior Jae Jin Lee.

ASB Officers split students into groups of ten or more to tour SPHS. The freshmen were encouraged to ask questions and bond with their supervisor as well as each other. Once logistical formalities concluded, the freshmen were allowed to use the SPHS pool until 12 PM.

“The tour was really helpful and let me know where all the classrooms are. I like knowing all the little tips, like where to sit in class,” freshman Kaylee Wallace said. “I feel good knowing I have friends from ASB in the upper classes now.”