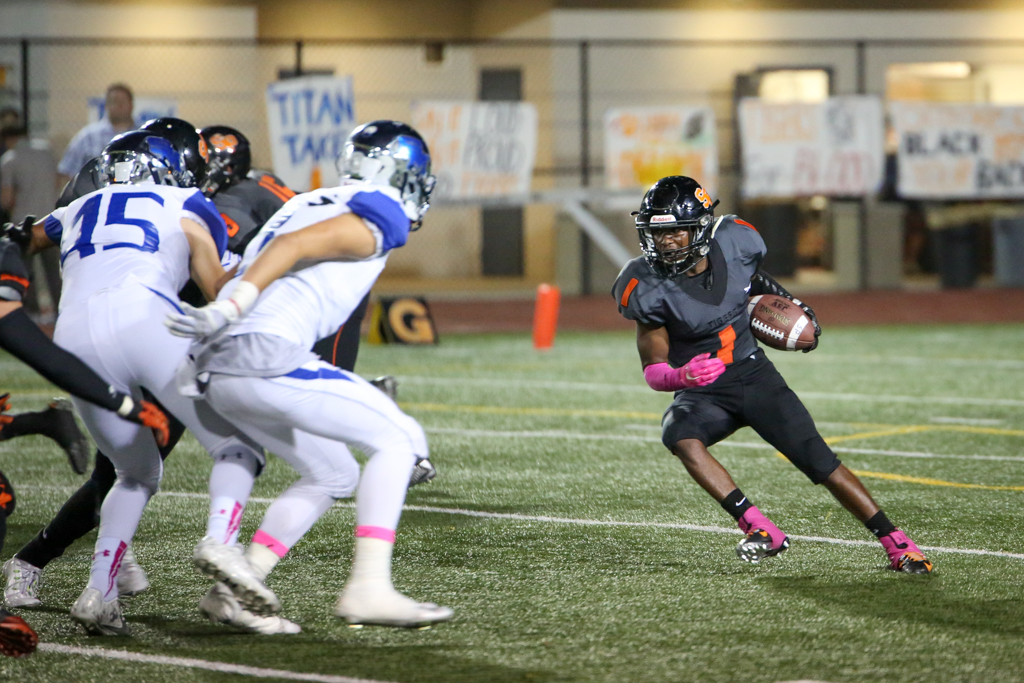 A perfect preseason record of 5-0 and a league record of 2-1 has put the South Pasadena football team in a favorable position for a CIF playoff berth. The Tigers are in high gear to close out the 2015 season, regardless of the 35-0 loss to the San Marino Titans back in October 23.

“The team and I judge our games not only by the scoreboards, but also our effort put forth throughout the contest,” head coach CB Richards said. “I hope everyone in South Pas felt Tiger pride on Friday and they should be very proud of the team; I know I am.”
The loss to the Titans also ended senior wide receiver Max Luck’s career after he sustained a broken tibia when coming down awkwardly on a 23 yard reception. Luck totaled 372 yards with ten touchdowns this season.

Despite this, Richards is convinced that the team’s performance for the upcoming game against Monrovia will be no less than what the Tigers have given the entire season. With players like junior Jalen Ross, who has amassed an average of 92 yards per game and six total touchdowns, the Tigers still have an efficient offense to convert points for the team.

“The entire team’s attitude and spirits are high,” Richards said. “We’ll move on to the next game against Monrovia without missing a beat.”

The South Pasadena defense has also proved to be a game changer on the field. In the team’s first two league games, the Tigers held the La Cañada Spartans at 36-0 and the Blair Vikings at 48-0.

South Pas has made significant strides in the team’s ability to perform on the field under guidance from the new coaching staff. Senior quarterback Michael Partida completed 971 passing yards, 13 passing touchdowns and two personal touchdowns. Partida has only thrown two interceptions in the team’s eight games.

The Tiger running back committee also has shown efficient ability to amass yardage throughout the season. Senior Emiliano Sornoso ran a total 226 yards and reached the endzone three times alongside senior Jason Takarabe tallying up four touchdowns and a 63 yard average per game.

South Pas looks to take on the Monrovia Wildcats away on Friday and put themselves in favorable position for playoffs on October 30 at 7:00 p.m.