Football scrimmages against SPHS class of 1975 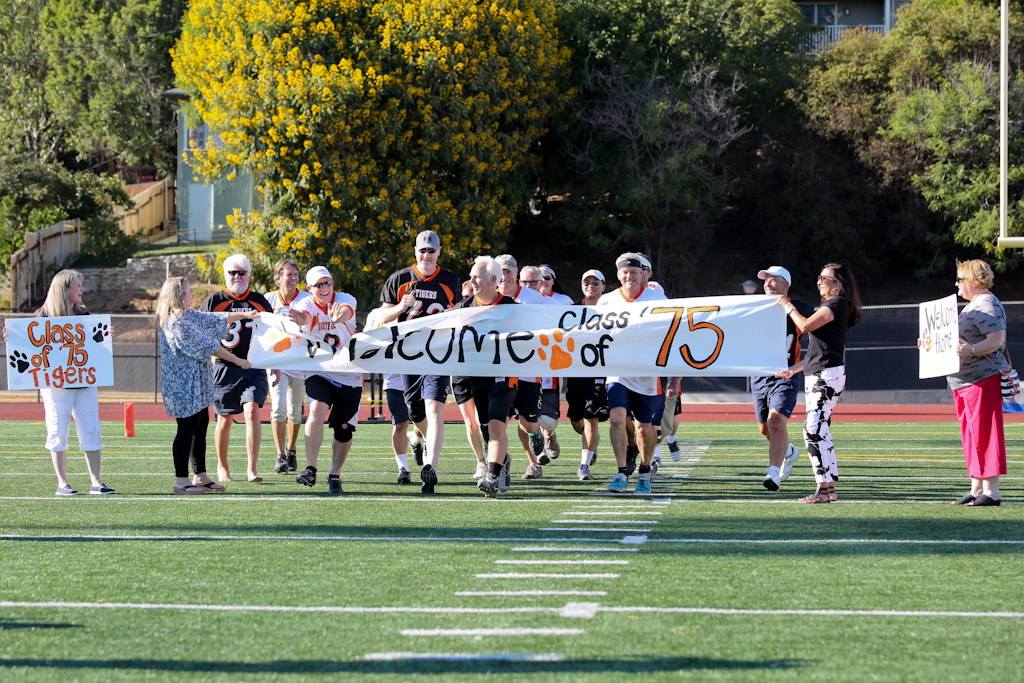 The past and the future met this Friday, August 14th. The SPHS varsity football team played a scrimmage match of flag football with the team from the SPHS class of 1975. Unlike a normal football game, no one kept score. However, the audience and players still enjoyed the usual marching band and performance of the alma mater.

“We as a team were excited to get the opportunity to play football with the class of 1975 because they went to CIF that year,” senior Christian Carter said.

The SPHS alumni association proposed the idea of the scrimmage, while SPHS football coach, Coach Richards, helped organize the event and the involvement of the current varsity team.

Richards acknowledged the importance of the multi-generational scrimmage.

“[The current SPHS football team] now carry the honor to represent not only themselves but all the players that came before them. As well as future Tiger football players to come after,” Richards said. “It is a great responsibility and they will now understand about how and what they are playing for on Friday nights. Our theme tonight was honor the past, represent the present, and build towards the future.

To Poke, or Not to Poke