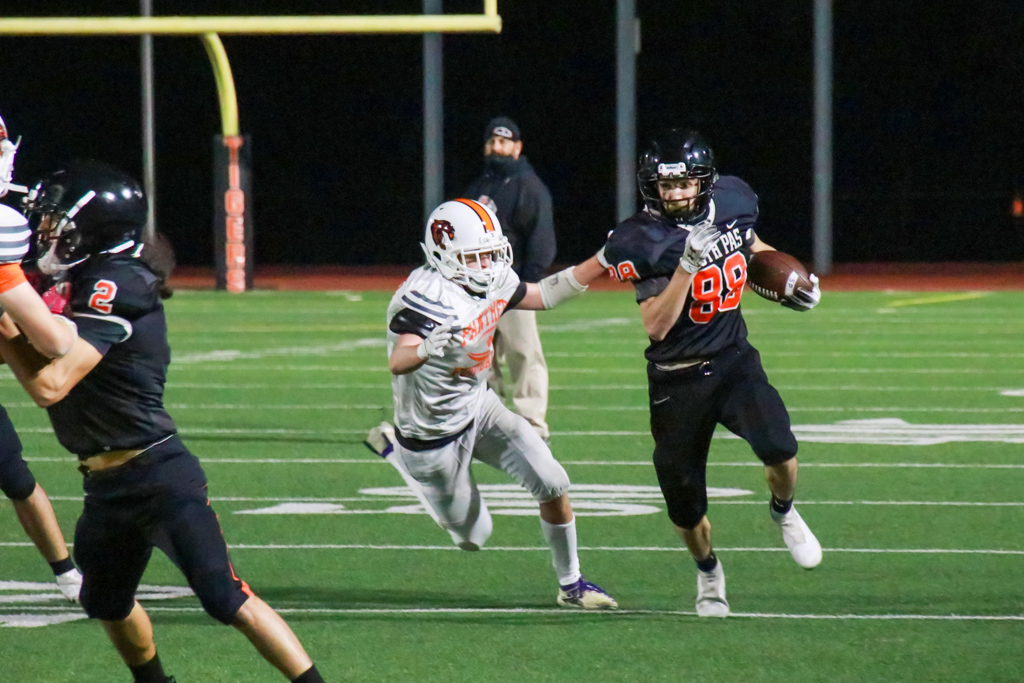 SPHS football competed against Polytechnic in an unofficial exhibition game on Friday, Mar. 12. Returning to action after a 16-month hiatus, the Tigers were unable to shake off the rust in the two-hour friendly game.

Unlike normal football games, each team alternated possession every 10 plays. The Tigers struggled to find their footing on defense, as Polytechnic picked apart the South Pas secondary. Still, the outcome had no implications on the team’s season rankings, and players remained upbeat.

“[Being able to compete] feels great,” junior cornerback Jack Riffle said. “I’ve been waiting for this day for a whole year and I didn’t think that I would be able to play a high school sport until senior year at least. So I am very grateful that I am able to play at all, even if it is going to be a short season.”

After losing 12 seniors that scored 37 of 42 touchdowns last year — the Tigers head into a transition year, including two notable transfers. Senior middle linebacker Cole Stirling joins the South Pas defense after a season at Maranatha and junior quarterback Noah Aragon, a Cathedral transfer, will start under center.

Aragon will look to develop chemistry with junior wideout Grant Huntley (19 yards per catch) and senior wide receiver Terrence Sweetman (seven receiving touchdowns). On the other side of the ball, Sweetman looks to build upon his 11-interception season, which ranked sixth in the state.

While the scrimmage left much to be desired, coach Jeff Chi understands the privilege of returning and keeps his eyes on the start of the new season.

“I was just happy to see the kids out there today. Six months ago, they told us we wouldn’t be playing,” Chi said. “Performance-wise, we could have done better, but we’ll try and straighten that out by next week’s game with La Cañada.”

The football team will visit La Cañada to play its first league match against the Spartans on Friday, Mar. 19.