Despite having lost its location, SPACE’s Arts Crawl is still a vibrant event 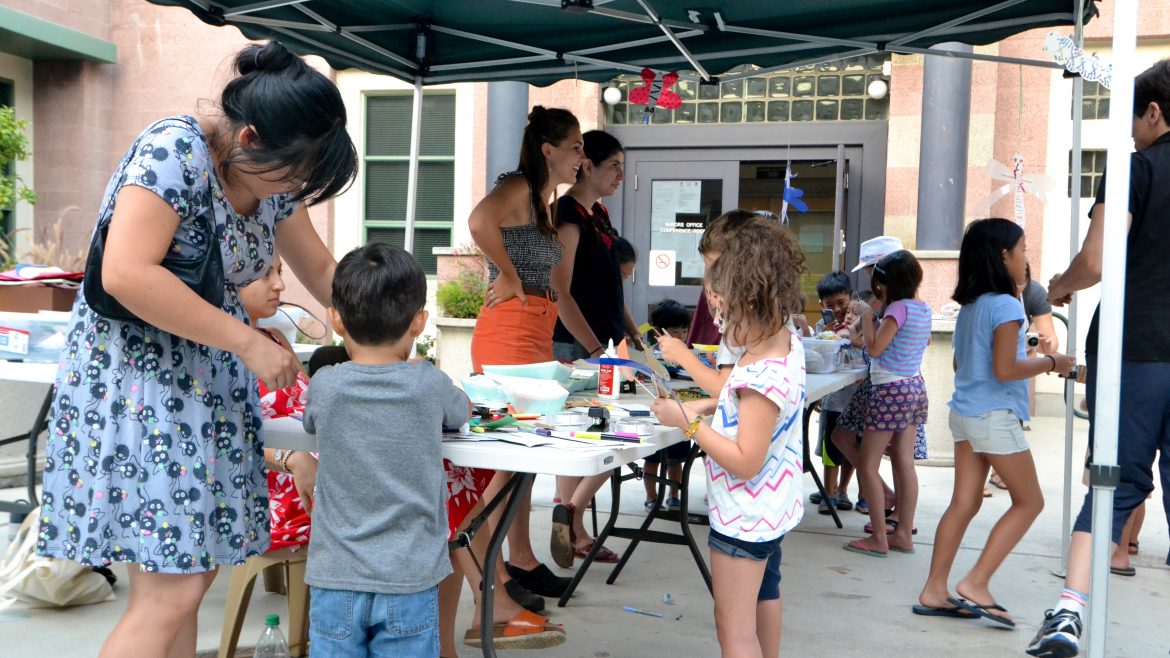 The seasonal South Pasadena + SPACE Arts Crawl always draws out the familiar faces in South Pasadena. Its summer occurrence was this past Saturday, July 15. Throughout the night, I ran into acquaintance’s parents, people I used to play Little League with, people who attended high school with my father. All the shops and restaurants on Mission were open and filled with customers. The sense of community so valued in our small town became most visible.

Although SPACE no longer has a brick-and-mortar location in South Pasadena, they keep the arts community vibrant by hosting Arts Crawls. I helped out with SPACE’s artmaking activity, assisting young kids to make different insect-themed art in the courtyard of City Hall. In my two-hour shift, I saw a lot of butterflies, a few dragonflies, and even some spiders. Teaching artist Crystal Ho brought years of experience with SPACE and innovative ideas to the table. Most families that stopped by were either on their way to or coming from the face painting happening at Dinosaur farm.

After my shift, I weaved through the rest of the festival at its peak hours. Several tents at the intersection of Mission and Meridian were reminiscent of the weekly Farmer’s Market. A tarot-reading truck particularly caught my eye, but I wasn’t brave enough to enter. A showing of Grease began at 8:45 in the small park by the Metro station and Ironworks Museum. Another highlight was the open-house of the world famous stained glass producer Judson Studio’s new location in the Ostrich Farm. Inside Crossings, a semi-new upscale restaurant on Mission, an artist was just beginning to work on a mural when I walked by.

I had just missed local band Scout’s Honor’s performance when I ran into the band members loading equipment into their car. Luckily, musicians were everywhere: the South Pasadena Music Conservatory hosted live music marathon the entire night, and Kaldi featured folk performer Tisa Adamson. The carefully curated Arts Crawl events lineup has attendees making hard choices between activities and performances, but the overwhelming sense of welcoming of the city and its art community throughout makes any one choice solid.