Top Posts
CIF postpones practice and competition start dates for...
‘Borat Subsequent Moviefilm’ suffers from sequel syndrome
Athletics has potential to be more than competition...
Calculus for a Cause set to host virtual...
On America’s pseudo-democracy and paths of amelioration
Economic frustration must be directed at the extremely...
TAAGLAA: Drive-in movies
Public school P.E. curriculum needs to be reformed
Coronavirus surge results in greater restrictions
The unexpected feminism of ‘The Queen’s Gambit’
Home News Demolition begins for construction of STEM building at SPHS
News

Demolition begins for construction of STEM building at SPHS 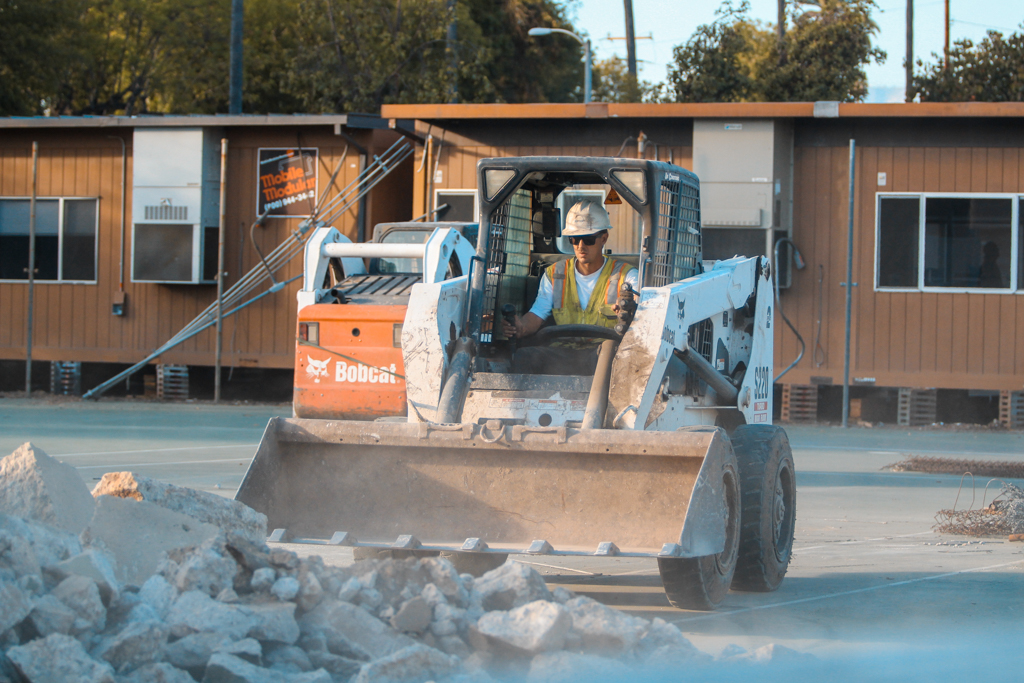 Construction workers broke ground on the Diamond Street tennis courts on Thursday, November 6. The future STEM classrooms are set to be completed by 2019.

Demolition workers broke ground on construction for the new SPHS math and STEM buildings on Monday, November 6. The new structure, which will replace the current tennis courts and math bungalows, is expected to be ready for students by the second semester of the 2018-2019 school year.

This new addition to the SPHS campus will allow more teachers to have their own classrooms, an amenity that science teachers have lacked in previous years. In the past, teachers often had to work their academic agendas around lab room availability. AP Chemistry teacher Benjamin Ku spent five years without a permanent classroom, pushing a cart full of supplies between periods to his next class.

“Because I had to move classes, I had to do a lot of set-up and clean up before and after school,” Ku said, “The kinds of activities I could do couldn’t be super big or intensive because I didn’t have time. I also remember students had a hard time finding me, which limited the amount of support I could give students.”

The two-story wing will be dedicated to the math and science departments, complete with fully equipped science labs, six standard classrooms, and a “flex” classroom, a new multi-purpose space. The four lab rooms will be connected to a communal prep and storage room, with two adjacent student restrooms. Administrators proposed creating a venue that can accommodate larger crowds, which led to the creation of the “flex” room. The room will include moveable furniture to modify the space to the particular needs of each specific event and opens up doors for many potential new uses, one possibility being an engineering course.

The new structure also includes a courtyard area, complete with seating and water-filling stations. Administrators will be extending supervision to this area so that students can spend their break and lunch in the new quad. New bleachers will also be set up facing the softball field, and the softball lockers will be located on the east end of the second story of the new building.

These new additions are primarily funded by Measure SP, a measure allocating 98 million dollars in bonds, that was passed last fall. Finance for the science labs is not a part of this recent allotment, rather the measure makes it possible for the math and science buildings to be built together. Future Measure SP-funded projects include the construction of new athletic facilities, the restoration of the high school auditorium, and other minor renovations to the campus.

According to Principal Janet Anderson, there is no definite plan as to which classes will be relocated to the new wing upon its completion, as classes, as well as teacher assignments, for next year are still fluid. In the meantime, Anderson says, construction should not be very disrupting and the safety of the students is the number one priority during this time.