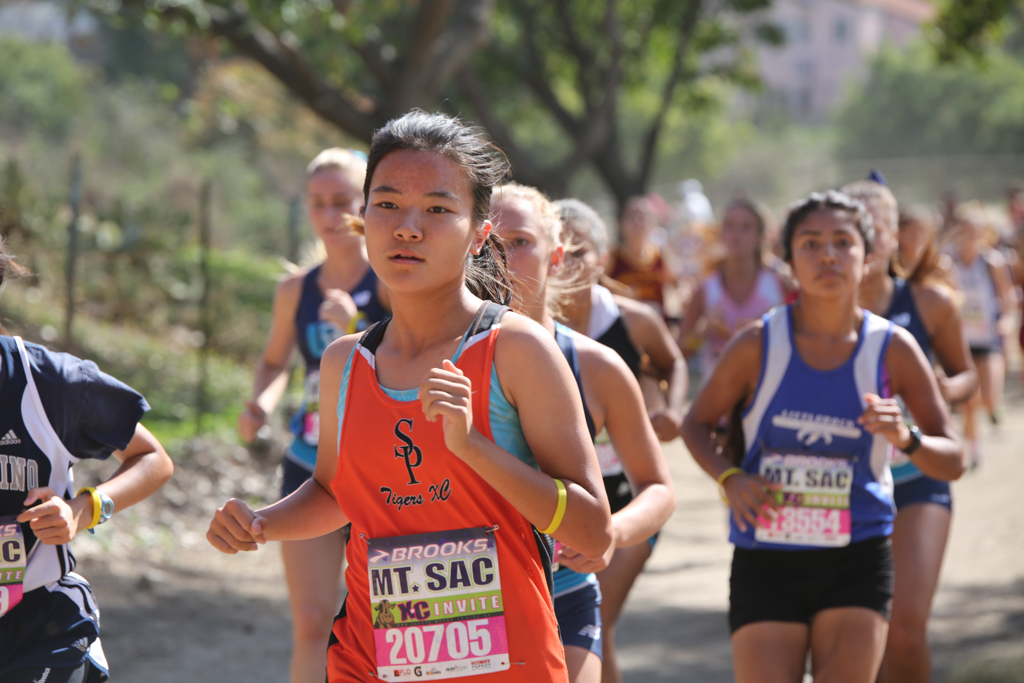 Boys and girls’ cross country dominated in both of their competitions, treading over towering hills Friday, October 23 at the Mount San Antonio College Invitational in Walnut. The girls’ squad secured first place out of 16 teams and the boys earned third out of 19. Mt. SAC is the the largest cross country invitational in the country and is known nationwide for its notoriously hilly course.

The high ranking of the top two varsity girl runners, senior Emily Ye and freshman Elizabeth Bock, contributed significantly to the team’s first place victory and total of low total of 63 points. Ye led the team with a second out of 115 runners at a time of 19:29, and Bock followed in fourth place with a time of 20:04. Senior Maaike Wielenga filled the team’s third scoring slot in 15th place with a time of 20:41. Senior Briana Nunez (21:21) and sophomore Maddy Engelsman (21:24) secured the fourth and fifth scoring spots for their team as they came across the finish line within three seconds of one another in 21st and 24th place, respectively.

The Tiger boys competed in a slightly larger pool of 134 runners and had a total score of 125 points. Varsity frontrunner junior Kieran Press Reynolds again led the team with a time of 16:24 and a notable eighth place. Sophomore Oliver Chang also placed in the top 15, with a time of 16:32 and 13th place. Freshman Francesco Fortunelli followed not far behind at 17:04 and 26th place. Junior Robert Steele (17:33, 42nd) and senior Raymond Gilmartin (17:40, 44th) filled the last two scoring spots for the varsity boys, securing their third place title.

“I’m very proud that despite the challenges the course presented today, we still managed to be one of the top teams out there and had quite a few runners medal,” captain and senior Amador Lagunas said.

Both teams will compete next at the Apache Invitational in Arcadia County Park on October 30th. The race features a significantly flatter course than that of Mt. SAC and generally yields faster times for athletes. This will be the Tigers’ last race preceding league finals on November 5th at Lacy Park.