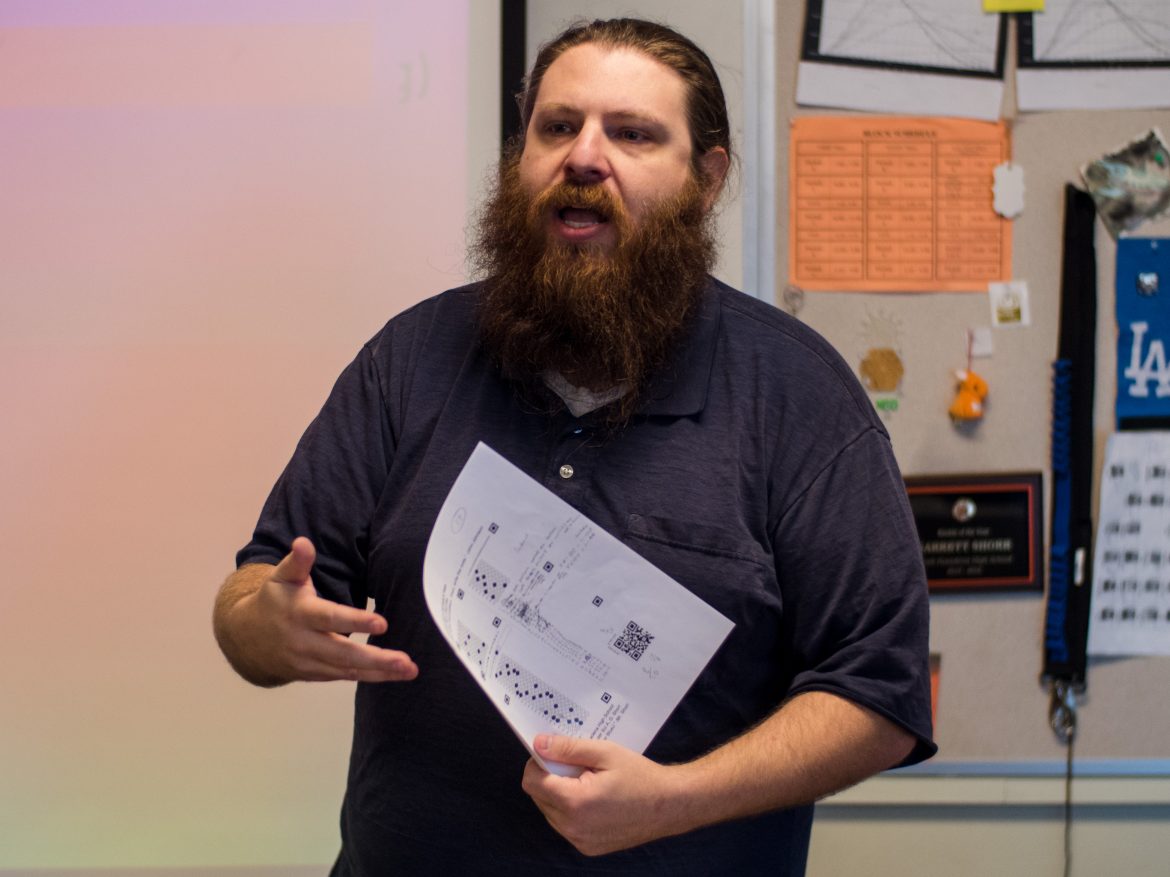 SPHS computer science teacher Mr. Garrett Shorr was honored with the prestigious Hartsough Award, at the annual Hartsough assembly on Friday, May 17. ASB organized the assembly to commemorate notable teachers at SPHS for their contributions.

Shorr was commended for his dedication to his computer science class, but also to various other community activities including Femineers, Coding Club, and Board Game club. Commissioner of Clubs Sage Pierone noted Shorr’s engaging and entertaining teaching style.

“Every day, [Shorr] comes to class with a full heart, excited to teach. Through each of his lessons, students are able to understand concepts that are very abstract,” Pierone said. “Whether it be through riveting lectures, videos, memes, or parallels between the subject they teach and the real world, this teacher makes his class into an exciting learning environment that anyone can thrive in and enjoy.”

The Hartsough Award, the most prestigious award a staff member can receive, was named after Harold Hartsough — a teacher, counselor, and administrator who served at SPHS for 28 years. In light of his dedication to the community, ASB created an award in his name. This award honors a teacher every year who go above and beyond normal expectations, and show extreme dedication to their duties in making SPHS a better place.

Spanish teacher Mr. Joshua Whitney and English teacher Ms Rama Kadri were also recognized at the assembly. Whitney, who teaches multiple levels of Spanish and spends time both in and out of class to talk to students about their dilemmas and issues, was given the Heart of Gold award for his dedication and to his students’ education and well-being. The Rookie of the Year award given to English teacher Ms Rama Kadri, who made clear efforts to prioritize student mental health as the advisor of Peer Mediators.

Each award recipient was given a bouquet and plaque, marking their achievement in the 2018-2019 school year.