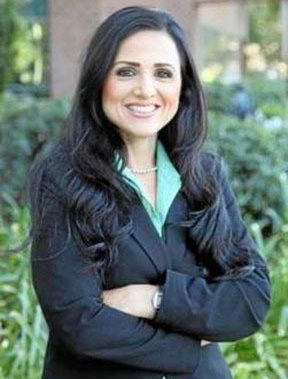 Chaparyan currently serves as San Gabriel's Assistant City Manager and is slated to become South Pasadena's next City Manager. Community members have the opportunity to meet her at a forum on April 28.

South Pasadena residents will have the opportunity to meet City Manager candidate Arminé Chaparyan at a special forum hosted by the City Council on Wednesday, April 28 at 6:30 p.m.

The forum comes after community outrage surrounding the City Council’s lack of transparency over its previous City Manager candidate Chris Jordan, whose employment agreement was retracted on Tuesday, April 20. This special meeting will allow South Pasadena residents to ask Chaparyan questions and hear from her on topics of their choosing.

Residents are encouraged to email the City Manager’s office before April 28 with any questions for Chaparyan. The meeting will be broadcasted live via the City Council Meeting webpage and community members can also join through a Zoom link.

Following the candidate forum, an employment agreement for Chaparyan is expected to be presented at the Wednesday, May 5 City Council meeting.