Commodity fetishism is at the core of social media’s absurdism 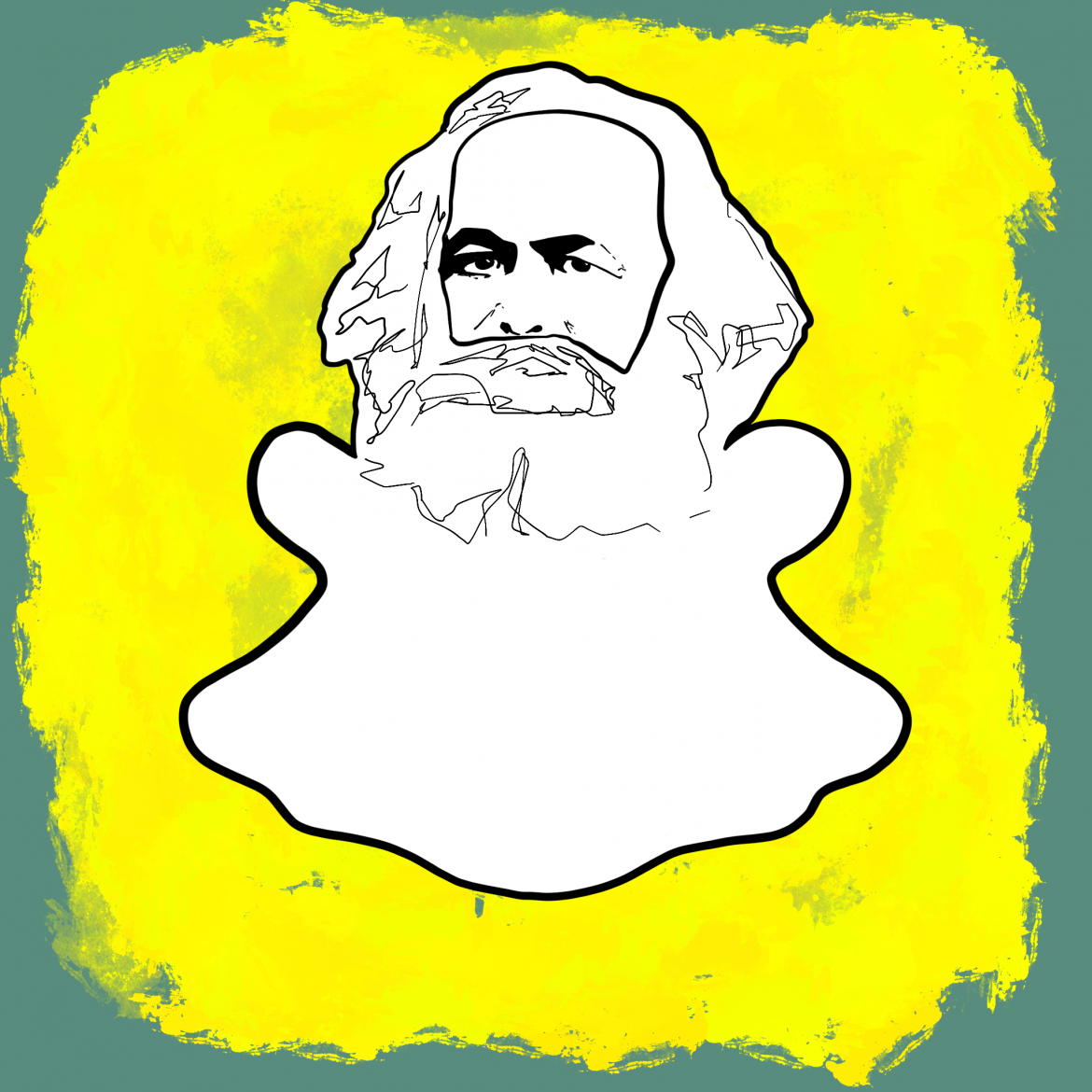 The Snapchat discover page is a horrible place. This may seem like hyperbole, but the explore page sits pathetically as the disgusting offspring of contemporary tabloid magazines and early 20th century travelling circus acts. It is a seemingly never-ending stream of 30 second long videos with titles like “Lil Nas X comes out… as a bottom?” or “Is this Putin’s buff twin?” accompanied by pictures that serve to shock or intrigue the viewer with a grotesque muscular baby or something of the like.

These videos have absolutely no substance. Unlike tabloid journalism or “clickbait” culture as a whole, Snapchat’s explore page content doesn’t even serve to pique the viewer’s interest with scandal or intrigue. Instead, it offers just a glimpse into the sheer absurdity of the human experience.

From an outsider perspective, it’s not hard to see why one would find the Snapchat discover page to be such a disgusting display of vapid nothing, but to those who have been using the app for even a few months soon become desensitized to the shock. This is a broader trend in social media: The deeper one dives into obscure Twitter rabbit holes or Instagram’s explore page (a loose take on Snapchat’s), the more one will find themselves desensitized to this absurd content that genuinely does not feel created by humans.

How did this happen? How have people become so desensitized to the absurdism that seems to lie just outside of and occasionally seep its way into social media bubbles?

In philosopher Karl Marx’s application of economic critique to broader society in the form of commodity fetishism, Marx argues commodities exist in two states: physical and social. The physical state of a commodity is just as it sounds, how a product looks, feels, etc. The social state is a little more complicated, but is essentially the series of social interactions that a commodity must be passed through to be made.

To give an example, in the process of making a t-shirt, first the cotton must be picked, then processed, then turned into a shirt. Throughout all of this, it must also be passed through the social interactions between the farmer who picked the cotton and the cotton processor and the shirt maker. Moreover, Marx says that these objects begin to define said social relations under capitalism, and thus begin to take on social properties of their own.

Commodity fetishism makes a lot more sense in practice, and there is no better place to demonstrate this than Snapchat. For example, streaks are a feature that encourages one to send a picture back and forth with somebody every day to gain a little score point that is displayed in a small font on the side of the screen. These points are entirely useless, but nonetheless the presence of a high streak number appeals to something deep within the human psyche. Streaks are not social interaction based on a desire to socially interact, but rather a side effect of the real interaction occurring between Snapchat scoreboards.

The idea of commodity fetishism can also be applied to social media as a whole. Interactions like posting on one’s Instagram story, commenting on a friend’s post, or retweeting a funny tweet can be understood as social interactions built entirely around commodities. Social media forces people to constantly create commodities — posts, comments, and even activism all exist on platforms like Instagram and Twitter to create a marketable brand image.

Trends on these platforms seem to no longer come from influencers or celebrities, but rather just self-evidence themselves. One day it just became trendy to post extra-saturated pictures, so now people do it. To put it bluntly, it feels as if social interactions have been taken out of the hands of the people and into the hands of whatever social media platform they’re using, and as such have their own amorphous social qualities that exist outside of human intervention.

The resulting effect of this is total dehumanization. It becomes so easy while scrolling through Instagram or responding to snaps to lump people into vague, imaginary categories that best represent the social brand they have adopted. “Oh, he’s a soccer boy” or “Yeah, she’s definitely an indie girl” are completely meaningless terms, and yet they have fully infiltrated the cultural lexicon. Even reposting and commenting on someone’s post becomes just as much about your own brand image as it does theirs. It becomes hard to tell the difference between friends and followers, between meaningful conversation and building up an imaginary score that is high enough to fulfill one’s own ego. As the social media platform takes on its own life, everybody actually using it becomes subservient to its whims, and thus no longer an individual.

Now one can understand the Snapchat discover page. People no longer see bizarre muscular old women or some strapping young lad making a funny face as surreal because Snapchat presents it as normal. Of course these people aren’t humans; they are just more cogs in the endless void of Snapchat. But, if the all knowing gods of Snapchat say that muscular babies are the new norm, people will look at muscular babies all day long, because the only real social interaction is between them and Snapchat itself.

To be clear, this is a systemic issue. The seemingly independent life that social media platforms take on is not an issue that can be remedied by deleting Twitter, and by this same token one should feel no guilt in continuing to use these platforms. Even so, it must be understood that this is not the only option. Instead of deleting Snapchat, try instead to imagine Snapchat functioning in a position where its goal is not to make money, but instead, to actually provide the features and services it is marketed on. Imagine a Snapchat built around actually building and maintaining relationships rather than having the “social” part of social media loosely tacked on as a secondary feature to an app made for harvesting personal data.

SPUSD provides lunches to community youth at no cost