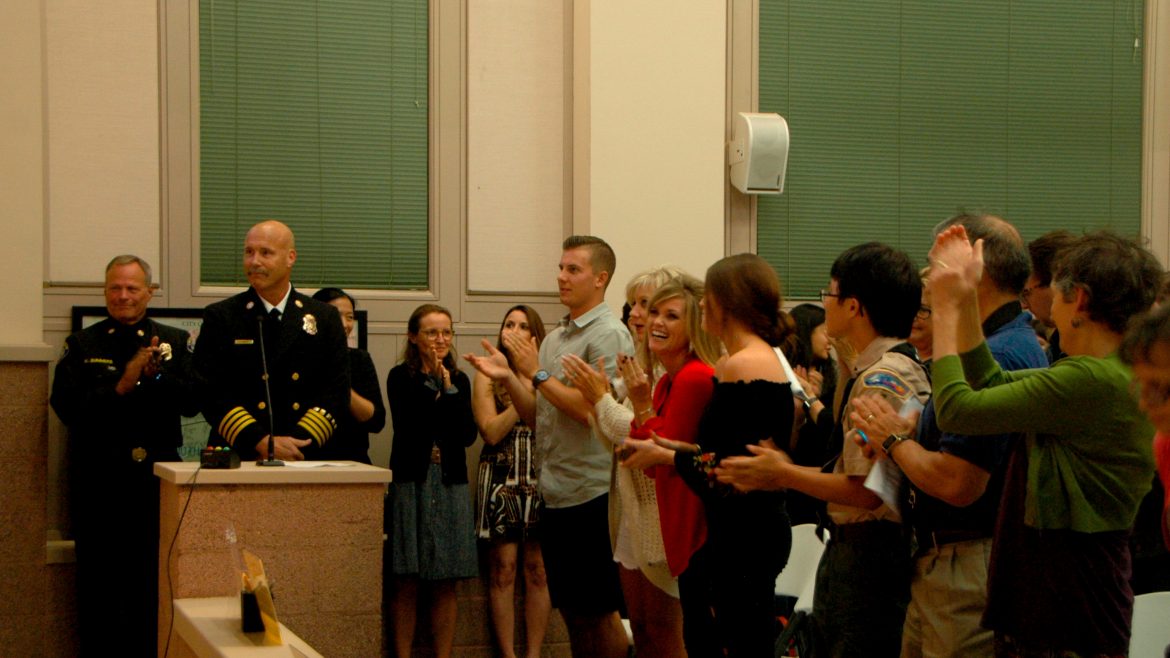 Story and Photos by Luke Quezada
Staff Writer and Photographer

Kirk Summers, former Fire Chief of South Pasadena, presented Riddle with the promotional badge. Preceding his current position, Riddle served as a volunteer firefighter in South Pasadena before he was hired on full time and eventually promoted through the positions of Engineer, Captain, Battalion Chief, Deputy Chief and now Fire Chief.

Riddle’s role will contribute to replacing the previous tri-city agreement established by the cities of South Pasadena, San Marino and San Gabriel established in 2014. The partnership designated one chief, three divisions and three deputy chiefs for the cities to share. Although this system aimed to promote teamwork between the cities, problems arose when departments were not able to promote individuals to higher positions because the slots were filled by members from different cities leading to South Pasadena’s withdrawal this past May.

“Our department has been through a tremendous amount of change in terms of leadership in the past four and a half years. To put it in perspective, I will be taking over as the sixth Fire Chief in just over four and a half years. That can be extremely distracting to any organization let alone a one station department and I’m proud because through it all, what our firefighter have done is never compromised our mission of providing the highest level of customer service in terms of fire and paramedic services to this city and surrounding cities,” Riddle remarked during his speech to the Council.

Photos: protestors gather in downtown L.A. after violence in Charlottesville