Top Posts
Teachers voice concern over adopted learning models
Community may get a chance to vote on...
SPUSD outlines plans for distance learning during the...
Anti-Zionism cannot be equated with anti-Semitism
Anything goes?
L.A. complies with statewide protections and improvements for...
LARPing: an activity to experience the game beyond...
Residents voice encounters with the SPPD at virtual...
Why affirmative action is necessary
CIF announces athletic calendar for 2020-2021 school year
Home Featured City Council elects new mayor Richard Schneider
FeaturedNewsWeb Exclusive 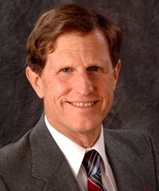 Richard Schneider was elected mayor of South Pasadena in this past Wednesday’s city council meeting, and former council member Marina Khubesrian was elected to fill Schneider’s prior role of mayor pro-tempore. The elections follow the end of Michael Cacciotti’s one-year mayoral term, and he will now return to the role of City Council member. Both Cacciotti and Schneider presented remarks to the council about their time in service and their visions for the city.

In his first remarks as mayor, Schneider outlined his vision for the coming year in South Pasadena. He discussed an official disposal of the 710 freeway extension plan that was rejected by CalTrans earlier this year, progress on renovating the Rialto Theatre in conjunction with its tenant, Mosaic Church, and improvements on contracts with San Pascual Stables and the Arroyo Seco Golf Course. He also stated an intention to look into joining the Sierra Club’s “Ready for 100” campaign and committing the city to using 100% renewable energy in the coming years.

Schneider went on to vocalize a desire to improve the city’s infrastructure, including traffic reduction measures, modernization of the water system, renovations to the Eddie Park house and the Arroyo Seco Golf Course restaurant.

“Next year will be a busy year, as is every year in South Pasadena,” Schneider said. “You really don’t realize how much goes on in this little city until you’re involved in the various aspects of [running] it.”

Portantino brings ‘State of the State’ address to South Pasadena