Che Guevara, MLK, and the art of cultural mystification 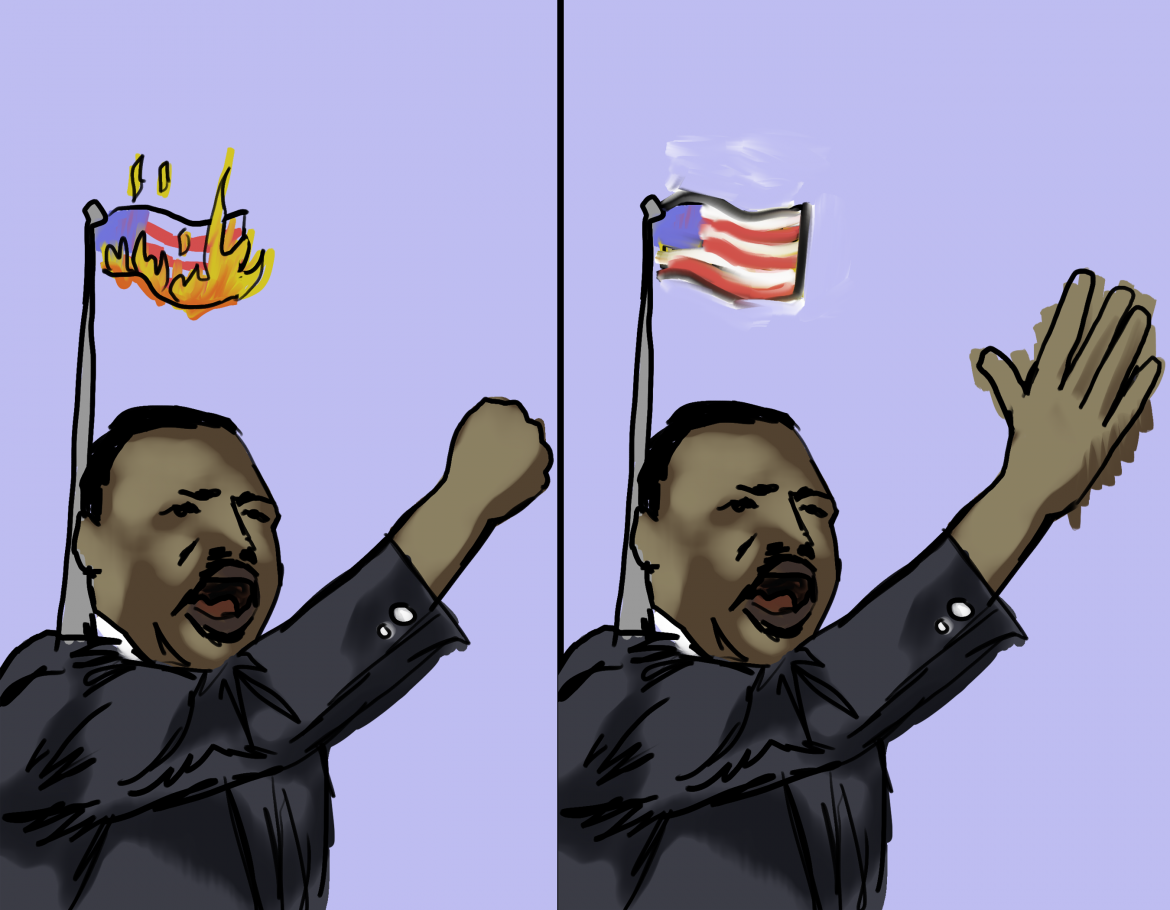 In May of 1967, Martin Luther King Jr. took an incredibly explicit stance on the state of American capitalism during an address to the Southern Christian Leadership Conference.

“We must recognize that we can’t solve our problem now until there is a radical redistribution of economic and political power… this means a revolution of values and other things. We must see now that the evils of racism, economic exploitation, and militarism are all tied together… you can’t really get rid of one without getting rid of the others… the whole structure of American life must be changed. America is a hypocritical nation and [we] must put [our] own house in order.”

Unfortunately, this is not one of Dr. King’s most famous quotes. Despite explicitly outlining what he saw to be the cause of racism, and even going so far as to offer a solution, this quote has been pushed to the wayside in favor of far more general quotes about personal philosophy and the unjust effects of racism. “It is always time to do what is right,” or “We must learn to live together as brother or perish as fools” or “Our lives begin to end the day we become silent about the things that matter” are all solid words of advice, but they all share a similar, amorphous quality. In other words, anyone can take this advice and use it to promote their own political goals, whether those goals be anti-racist, racist, or otherwise.

MLK Day this year saw tweets from far-right think tank PragerU, asking their followers to “restore the dream of MLK,” which came only days after they released a YouTube video titled “Was MLK actually a conservative?” (the answer they landed on was a resounding yes). This was, of course, to be expected, as almost every political figure across the entire political spectrum used that day to make a statement about how we must “honor the words of MLK,” though there didn’t seem to be much consensus on what those words actually were.

In his book Ways of Seeing, philosopher John Berger lays out the idea of cultural mystification. Berger claims that, over time, the social connotations of a piece of art have less and less to do with the original art itself. He suggests that all images are created in reference to something that materially exists, but that eventually the image becomes more and more detached from the material conditions that created it. To give an example, take the Mona Lisa, painted by Leonardo DeVinci to capture the likeness of Italian noblewoman Lisa Gherardini. Despite being hung at the Louvre with a small bronze plaque that attempts to provide the piece with context, the majority of our exposure to the Mona Lisa, and most famous works of art for that matter, come as reproductions of the original image. This is to say that when you go to the New York Met-Gala and get a Mona Lisa postcard, both your interpretation of the image and the image itself have nothing to do with its original context in which it was created.

This understanding of art can also be applied to our political landscape. The reason why Dr. King’s original message has been pushed to the wayside is the same reason that the face of socialist revolutionary Che Guevera is mass produced on cheap T-shirts that are manufactured by underpaid laborers in foreign countries and sold for pennies on the dollar by American corporations. In a society that first and foremost values the creation and assertion of capital, it is of little surprise that the images of these historical figures are reproduced to be bought and sold. The complexities of their lives and messages are washed away, leaving behind only a marketable shell of a human that stands simply for the idea of “anti-racism” or “revolution.” The individual is removed from their original context and turned from a human into an aesthetic.

This trend is mirrored in broader discussions of history as well. When politicians draw a comparison between USSR and Nazi Germany to make points about American policy, this is a discussion built entirely on aesthetics. Said politicians very rarely focus on the actual policies of these nations, but rather the aesthetics of “authoritarianism” and “Big Government.” A purely aesthetic understanding of history is not only subject to constant change, but can lead to some strange and blatantly stupid connections being drawn. To give a more direct example, take the social perception that “everybody who wears a mask and hoodie at a protest are up to no good.”

It’s not hard to understand why this process of mystification makes  political discourse difficult; the fact that it’s still so present in an internet age is far more intriguing. Despite the fact that we can document events more accurately now than ever, the advent of Twitter character limits, Instagram infographics, and news media’s shift in focus to grabbing attention with flashy headlines means that information is more valuable when it can be compressed down to the size of a tweet or an eye-catching graphic.

While it’s true that individuals can work to nullify these effects through extensive research, it’s important to understand that the solution to this problem takes far more than individual responsibility. When not only news media but political movements as a whole are forced to operate with the goal of maximizing profit, it is expected that they are going to filter information so that it appeals to the largest number of consumers. To quote an essay from contemporary art magazine Questions and Art on the work of Berger, “because of mystification, the art of the past does not belong to the masses.”