Charlotte Dekle on the unifying power of musical theater 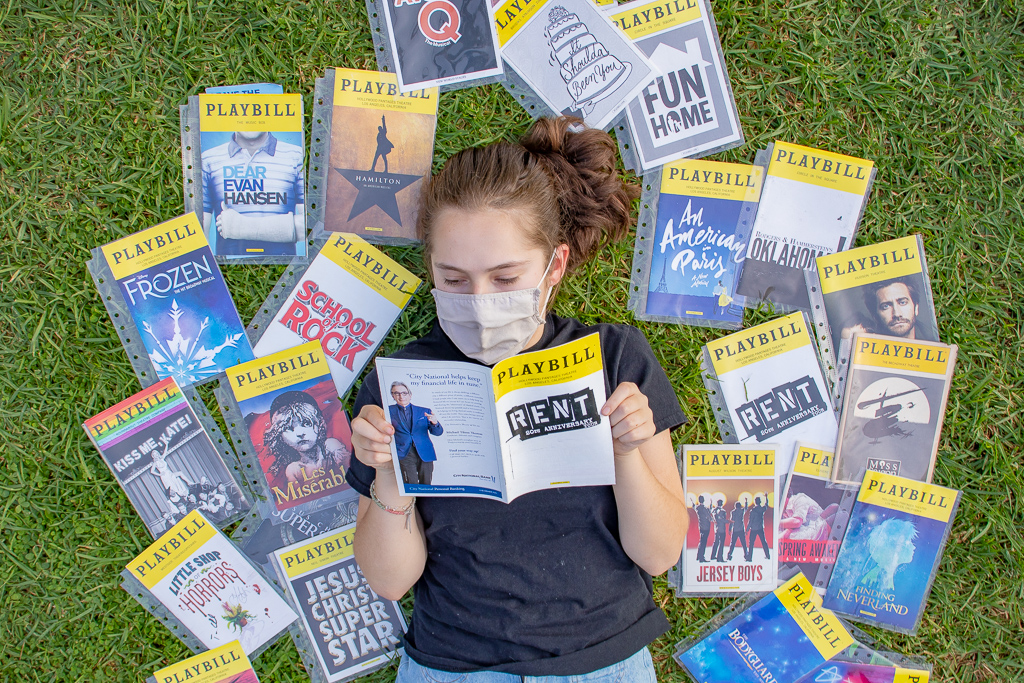 The precocious freshman is a powerful force of unity on-stage, behind the scenes, and as her class' president.

SPHS freshman Charlotte Dekle keeps a binder of playbills—some she’s seen countless times, and others she has yet to see. For Dekle, musical theater encompasses every aspect of her life. Her diverse experiences in both the Upstage theater program and SPMS productions has allowed for her to bring a unique voice to SPHS’ ASB, one that is determined to unify her peers.

For Dekle, musical theater is not just an interest, but a family tradition. Her first exposure to the world of musical theater was her mother who, like Charlotte, is also a self-proclaimed “theater nerd.” Dekle associates some of her favorite childhood memories with the musical Rent, which she watched on DVD with her mother, who quizzed her on characters throughout.

“Rent was the first show I ever saw, [even though] it was a terrible show for a five-year old to see. My mother used to turn down the volume when I was younger, but when I reached [a certain age] it was on full blast. She used to ask [my brother and I] ‘is it this character or this character?’ ”

From there, musical theater took on a larger role in Dekle’s life. She joined the Upstage Theatre Program as a child, and has participated in both of SPMS’ productions. Dekle loves the performance aspect of productions, however the connections she was able to make in the SPMS drama program hold a meaningful place in her heart, even years after.

“There’s the same cast of people [in the SPMS theater department] all three years. I came in 6th grade, when there was basically a whole new drama department. That first year, we all bonded. It’s really fun when you have the same tight-knit group of people who all love the same thing. Basically every [cliche] about theater kids you’ve seen is true.”

For many performers, one of the most meaningful aspects of putting on a production is the relationships built off-stage. The countless hours of memorization, rehearsal, and singing as a group have the power to bring even the shyest individual out of their shell. Dekle has seen firsthand the unifying power of teamwork and dedication, which has become one of the many reasons she is so enthusiastic about musical theater.

She also recognized the aversion some people have towards the art. It can undoubtedly be over-the-top at times, however Dekle firmly believes that everyone can find some aspect of musical theater to fall in love with.

“Theater is very community-focused. It’s very universal, especially the music aspect of it. Everyone likes music; not everyone likes musical theater, but everyone can relate to music. I’ve never met anyone that hated all types of music, so it’s kind of like that. If you know someone else who likes theater, it’s an immediate connection. Maybe you guys have nothing else in common, but at least you both like that one thing.”

Because of her experience in musical theater, Dekle is able to bring a unique voice to ASB. Her knowledge in teamwork and leadership as a part of Upstage and the SPMS drama department has given her an advantage as her position as freshman class president. This year, she hopes to bring more people together despite the less-than-desirable circumstances.

She also loves dissecting the writing of her favorite plays, especially Shakespeare plays. She first discovered his work after playing Lady Macbeth in a production of Macbeth at Upstage. She wishes that more people would look past the archaic writing and appreciate the relatable aspects of the content. In one of Dekle’s favorite plays, Hamlet, the protagonist is relatable in the aspect that he is discontent with the state of his family and societal norms at the time. All too often, young people are forced to carry the weight of the world on their shoulders, which, especially in Hamlet’s case, can lead to melancholy.

“[Shakespeare] is definitely a very niche interest. The main barrier between modern times and Shakespeare is, sadly, the language itself. If you can get a performer that gets you to understand the language, it is fantastic.”

Whether she’s organizing socially distanced events for ASB, or watching her favorite musicals on DVD, Dekle is passionate about bringing the unifying power of musical theatre to her peers.