Top Posts
Teachers voice concern over adopted learning models
Community may get a chance to vote on...
SPUSD outlines plans for distance learning during the...
Anti-Zionism cannot be equated with anti-Semitism
Anything goes?
L.A. complies with statewide protections and improvements for...
LARPing: an activity to experience the game beyond...
Residents voice encounters with the SPPD at virtual...
Why affirmative action is necessary
CIF announces athletic calendar for 2020-2021 school year
Home Featured Burglary suspect shot and arrested in police standoff
FeaturedNewsWeb Exclusive 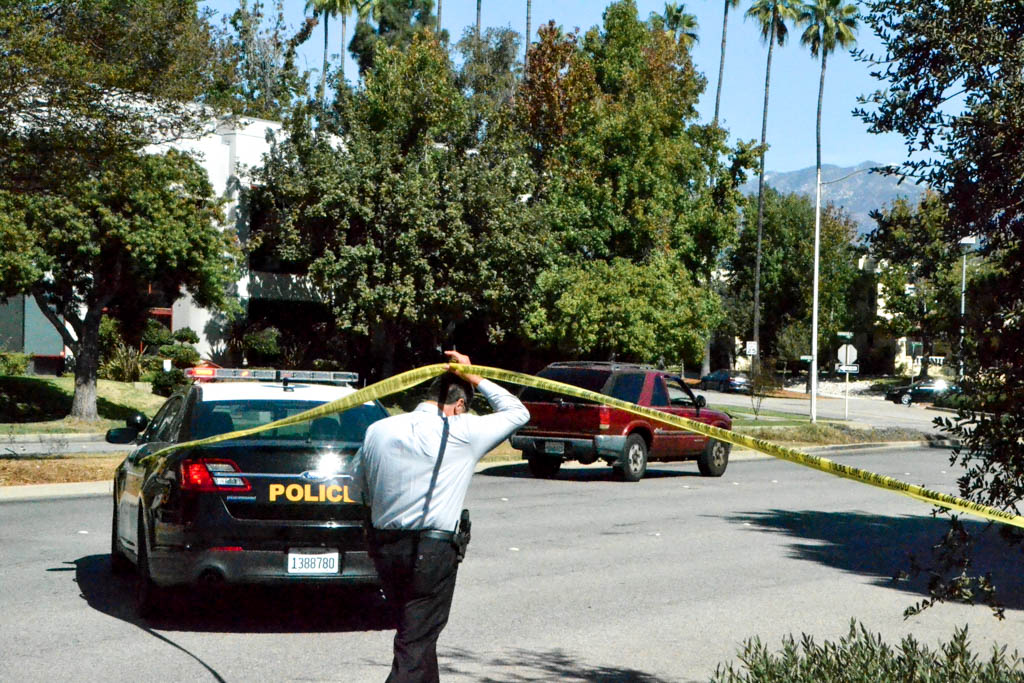 A  man was shot after barricading himself in a duplex during an altercation with South Pasadena Police and SWAT officers from the Los Angeles County’s Sheriff’s department on the north side of the 1300 block of Huntington Drive. The suspect surrendered himself to police after a short standoff.

Officers first responded to a burglary call at approximately 4:30 a.m. Sunday morning. The suspect was shot when authorities confronted him. He then barricaded himself inside of a bedroom. The LA County SWAT team was then called to remove the suspect. The investigation is now being led by the LA County Sheriff’s department. Officers from the South Pasadena as well as San Marino police departments are aiding in the investigation.

The suspect is now being identified as a 48 year old white male. A weapon has not been found.

There were no injuries to officers or the residents of the home. The suspect has been taken  to a hospital and is being treated for a gunshot wound in his arm. He is expected to make a full recovery.

The homicide bureau as well as forensics were on the scene and there are unconfirmed reports of witnesses to the crime.

“There were a lot of police around and it was definitely scary but I am glad that the police department was able to respond so quickly and that no officers got hurt,” a resident that prefered to remain anonymous said.