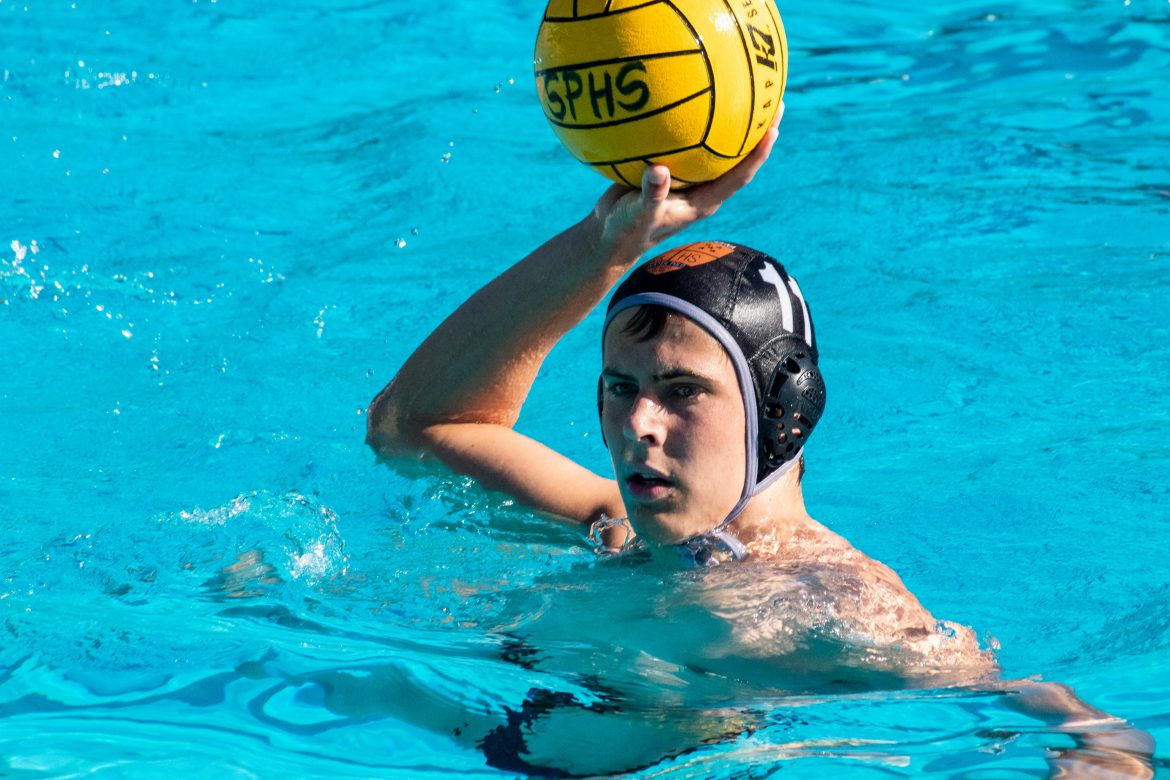 Varsity boys’ water polo prevailed in their first home game of the season against Hoover on September 11 with a narrow 13-11 final score. The fierce and strenuous battle lead to a scoreboard lit with close numbers, but it was the Tigers who acquired victory with their strong offensive teamwork.

Hoover kicked off the first quarter with an early possession; however, sophomore Eddie Lane-Flannigan secured the first goal of the game with an aggressive skip shot not long after. Sophomore Anthony Felix and Lane-Flannigan supported their team through an overpowering defensive push, while sophomore Liam Markus blocked both powerful strikes and crafty throws from all areas of the pool. After a well-aimed score by freshman Blix Hadsell-Florin, Hoover slipped by the Tigers’ defensive line and positioned themselves up close to the goal post, a move they would execute multiple times throughout the quarter. The first quarter ended with a 4-3 score in advantage of Hoover.

The Tigers’ offensive momentum strengthened with even more steals and scores by Lane-Flannigan and fellow sophomore Maven Palacios in the second quarter. Hoover rushed in with little to no cooperation to set up their plays, leading to relatively easy steals by South Pas. Junior Evan Kowal took advantage of the Tornadoes’ poor organization, landing an overhand hit into the goal while deep in the enemy defensive line. Hoover’s numerous turnovers lead to unopposed opportunities and a 7-4 score in favor of South Pas at the end of the second quarter.

In the third quarter, Markus continued to block more of Hoover’s shots, while twins Blix Hadsell-Florin and Egan Hadsell-Florin both secured goals with quick dashes to the enemy field. Although two of Hoover’s close skip shots were unable to be stopped, senior Philip Lee left the audience in awe with a skillful score more than halfway across the pool near the end of the third quarter, tallying the scoreboard 11-6 in favor of South Pas.

By the fourth quarter, fatigue evidently impacted South Pas’s team much harder than Hoover’s. South Pas’s opponent secured four goals in a matter of minutes with increased motivation and swift swims across the pool. However, through tight defense by freshman Jaren Sin and a quick toss into the net by freshman Owen Imasaki, the Tigers were able to delay the pushes of Hoover long enough for the final whistle to blow.

“I think our team’s skill and hard work really allowed us to win this game and secure us an early lead,” team captain Evan Kowal said. “However, the fact that we gave up so many goals and made the game as close as it was also shows that aside from just work on our skills and tactics, we also need to become better at closing out our games.”

Boys’ water polo hopes to demonstrate their improved performance late in games this Thursday, September 13, in their away game against Notre Dame.