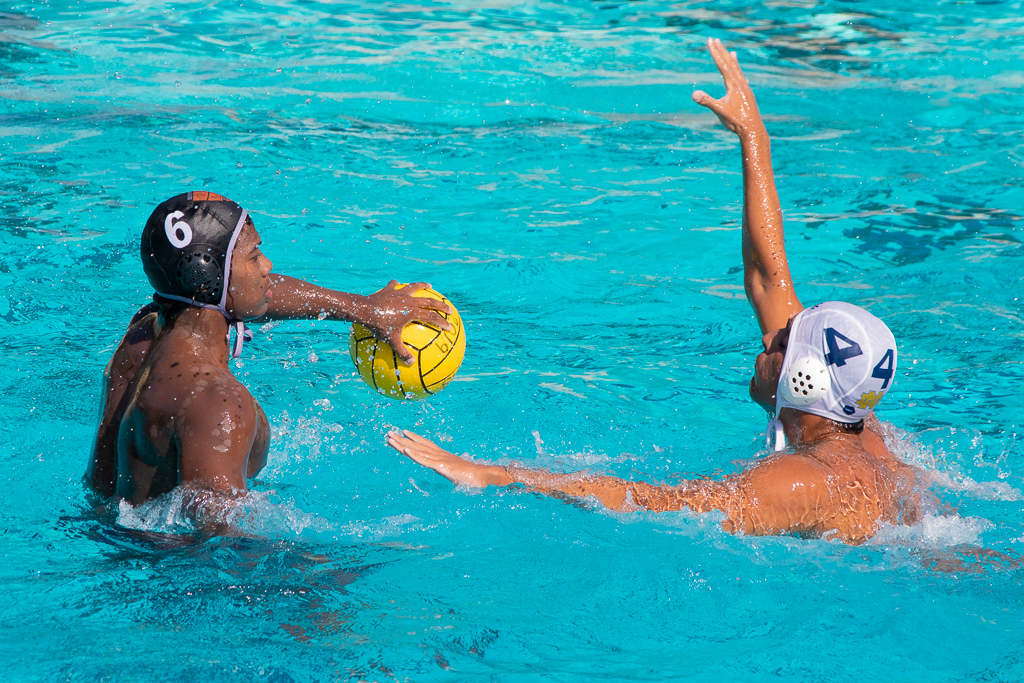 Boys water polo suffered a 10-8 defeat against the Notre Dame Knights on Tuesday, Sept. 17. After the tough loss, the Tigers enter their last preseason week with a 6-3 record.

The game was off to a rocky start, as Notre Dame scored the first goal three minutes in. However, the Knights’ defense couldn’t match their offense’s success and sophomore Owen Imasaki tied the game up at 1-1. In retaliation, Notre Dame scrambled through the South Pas line of defense, regaining a one-point lead.

In the second quarter, Imasaki blocked a powerful shot and broke away from a scuffle in front of the Tigers’ goal. Junior goalkeeper Liam Markus lofted the ball down the pool to Imasaki and while being swarmed by a tight Notre Dame defense, he scored a quick shot. The goal kept the two teams neck and neck with a score of 2-2.

After conceding a pinpoint Notre Dame shot that even Markus couldn’t save, the Tigers played conservative, making careful, calculated passes. After probing the defense, sophomore Blix Hadsell-Florin eventually propelled a lightning-fast strike that sped right past Knights’ keeper. Soon after, junior Anthony Felix chased the ball down to the side of the pool and curved an impressive shot from the far left of the goal and scored. However, Notre Dame struck again at the end of the half, bringing the match to another tie.

B. Hadsell-Florin kicked off the third quarter with another distance goal near the half-way line. Imasaki followed in hot pursuit, tucking a strategic shot into the side of Notre Dame’s goal. While the Knights scored a couple more times, Felix slammed the ball into the goal, giving the Tigers’ a 7-6 lead. This advantage was short lived and Notre Dame rattled off two consecutive scores, ending the quarter in an 8-7 lead.

The fourth quarter proved to be more of the same. South Pas’ offensive efforts, no matter how fierce, were stopped every time. Notre Dame continued to push shots past Markus, making the score 10-7 with only 3 minutes left in the final quarter. But, the Tigers kept fighting until the last seconds when Imasaki thrusts a final loaded shot into the goal, scoring one last point for the Tigers. The game ended with a score of 10-8.

“We were not always able to execute and put the game away when it mattered. It’s a disappointing result for sure but I’m excited to work hard and keep improving as a team,” senior Evan Kowal said.

The Tigers will compete in a South Coast Tournament this weekend before playing their final preseason game against La Serna on Tuesday, Sept. 24.