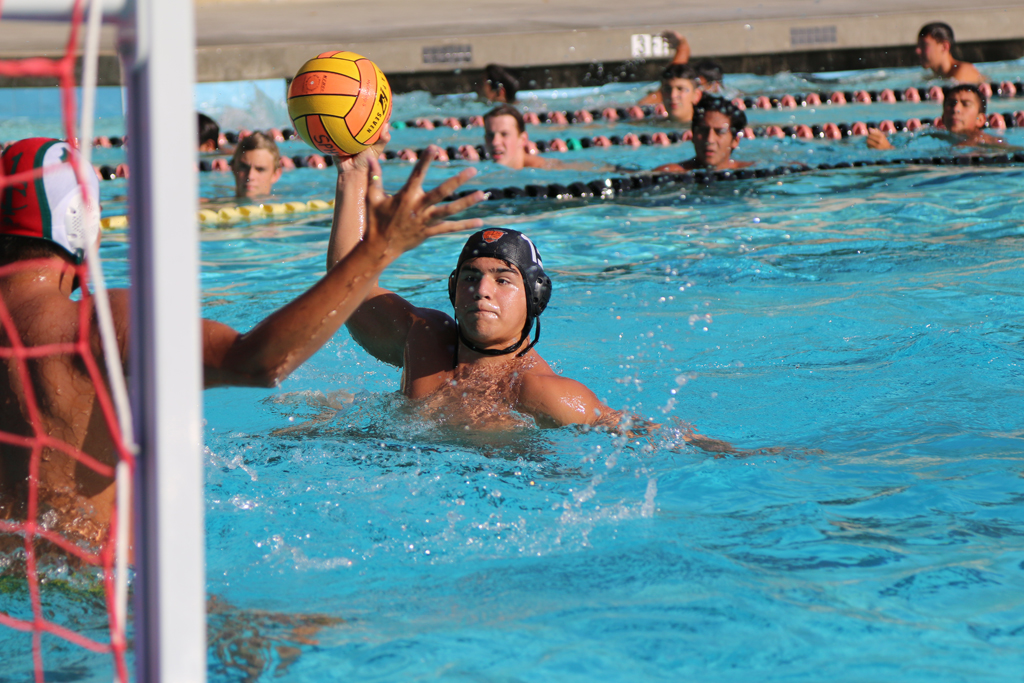 Right from the start the Tigers came out swinging with South Pas striking first from junior Benjamin Schroeder pulling one point from a dash ball into the goal. Good communication between teammates led the the Tigers’ second goal coming from junior offensive specialist Leo Sonner. Flustered by the Tigers, Temple City quickly answered in return, with back to back drives to break even the score at 2-2. It wouldn’t be long until junior Kinan Garcia-Rodriguez dashed past the defense for an easy point in the South Pasadena’s favor.

Junior DJ Myers racked up his first points of the game after receiving a pass from teammate Cameron Benitez 6:45 into the second quarter. Good ball movement from South Pas would put junior Spencer Gurley into position to increase the Tiger lead to five with Temple city down by two. After a confusion of subbing by South Pas, the Rams received a penalty shot to get Temple City back on its feet. This would give the Rams the boost they needed with another point coming from halfway in the pool to put the score at five to four. Sonner would answer back with two points to distance the Tiger lead to six. The Rams would get the final point before the half with the scoreboard reading 7 to 5 in the home team’s favor.

With a quick change of subs, South Pas found themselves with all the energy, coming from two decisive points from junior Nick Madrigal. This would put the Tigers on an offensive hot streak, with junior goalie Matthew Wright allowing only two points from the Rams to give South Pas an 11-6 lead.

Although Temple City would climb back from their deficit, the Tigers would hold on in the fourth quarter to close out the game 13-10.

The Tigers hope to continue their winning mentality throughout the regular season on on Thursday, October 8 at 3:30 p.m against Monrovia High School at home .