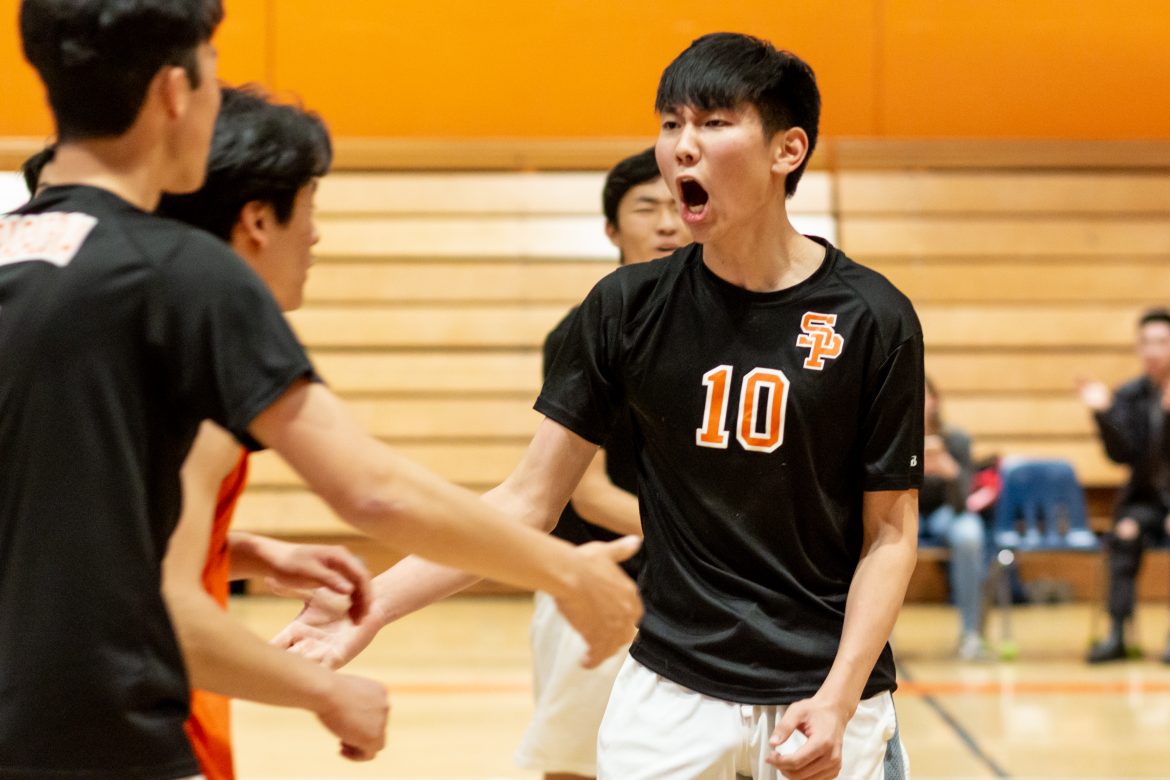 A week away from their Rio Hondo League opener, the Tigers stand at a 4-4 record.

The boys volleyball team crushed St. Monica Catholic in three sets on Tuesday, Mar. 10. It was an easy victory for the Tigers who were able to fend off the Mariners’ attacks with minimal effort. South Pas now holds a balanced 4-4 preseason record.

The first set ended with a score of 25-19; the Tigers established an early advantage that carried them to the end. Juniors Amari Latham and Nolan Call put forward an aggressive performance at the net and middle that the Mariners could not defend against. Senior Tyler Lieu also worked to bind the Tigers’ efficient offense together with his accurate setting, which Call quickly capitalized on to deliver the final kill.

The Mariners strove to rebound from their first loss in the second and third sets. Still, South Pas overpowered St. Monica and took home the victory with the identical scores of 25-20.

St. Monica began the second set with the lead, but junior libero Colin Sheng protected the Tigers from slipping further behind the Mariners’ sudden lead. Trailing behind the Mariners by two points, juniors Dustin Huang and Latham turned back the tables for South Pas after an excellent set and kill combination respectively.

The last set began and ended in similar fashion. The outcome of the game became clear as the set progressed and as Latham dealt fatal hits that the Mariners could not predict, the game would conclude for the night.

“This game was relaxed [and that was reflected] with everyone’s playing,” Sheng said. “Although we slacked off a bit, we played well and were able to finish the game in three sets.”

The Tigers will attempt to add another win to their record in a home game against St. Francis on Thursday, Mar. 12.