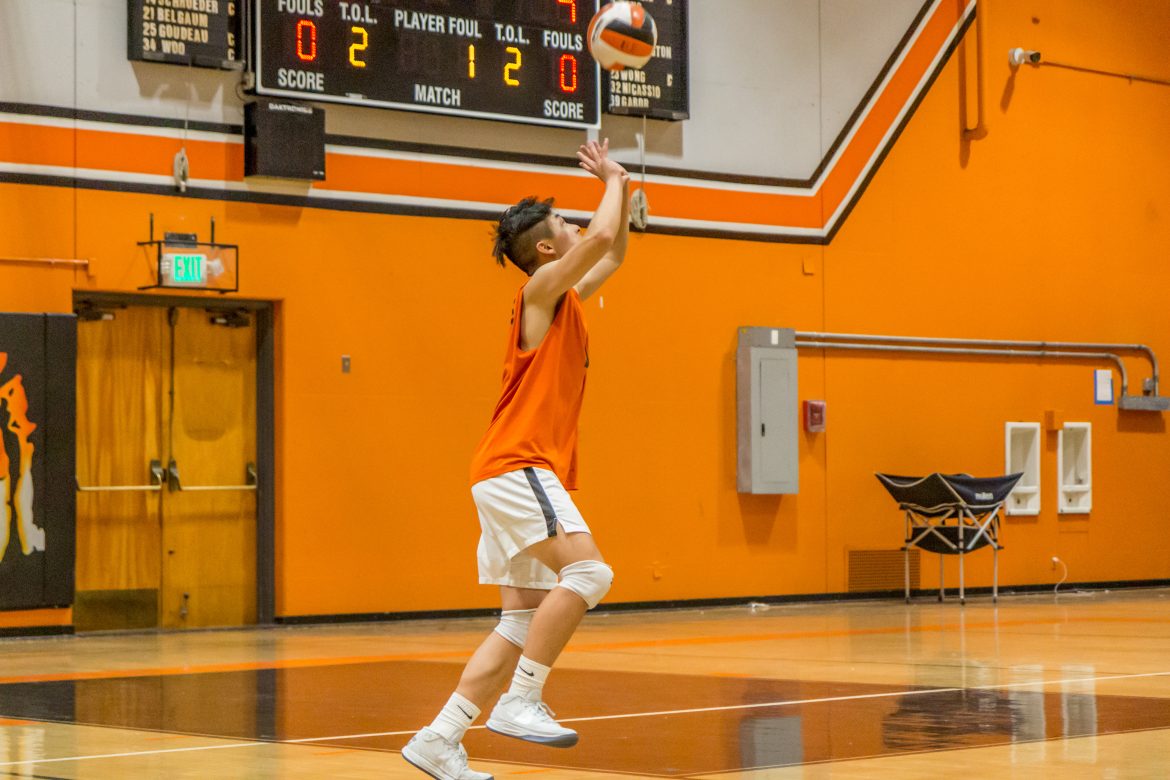 Senior Addison Hsiao sets the ball against El Rancho. The Tigers will look to pick up their second win next week against La Salle.

Boys’ volleyball defeated the El Rancho Dons in three straight sets, 25-21, 25-23, and 25-19 in their second preseason game at home on Friday night.  Each game came down to the final few points, but the Tigers were able to execute with hard spikes in decisive moments

In the first set, the Tigers jumped out to an early lead against the Dons. Junior Tyler Lieu assisted senior Jason Barrientos with perfect sets, who scored most of the points for South Pas. Senior libero Addison Hsiao was highly active, digging balls  and making accurate passes to Lieu. However, they which helped the Tigers to defeat El Rancho in the first set. El Rancho began to mount a comeback midway through the set, but sophomore Colin Sheng and Hsiao made numerous digs, which helped the Tigers hold on for a 25-21 win.

The Tigers had difficulty fending off the Dons in the second set. With a bit of confusion on the backline, the Tigers allowed El Rancho to score easily. Still, senior Paul Pan and junior Dylan Schreibfeder got many kills against El Rancho, who kept the score close. With the game tied 23-23, the Tigers were able to keep their composure under pressure and junior Hanwul Choi’s two aces gave the Tigers a 25-23 win.

In the third set, El Rancho had a small scoring run but the Tigers remained in control for most of the set. Schreibfeder added many more crucial blocks and kills at the net. Hsiao continued to protect the court with his digs. After a difficult set, the Tigers won 25-19.