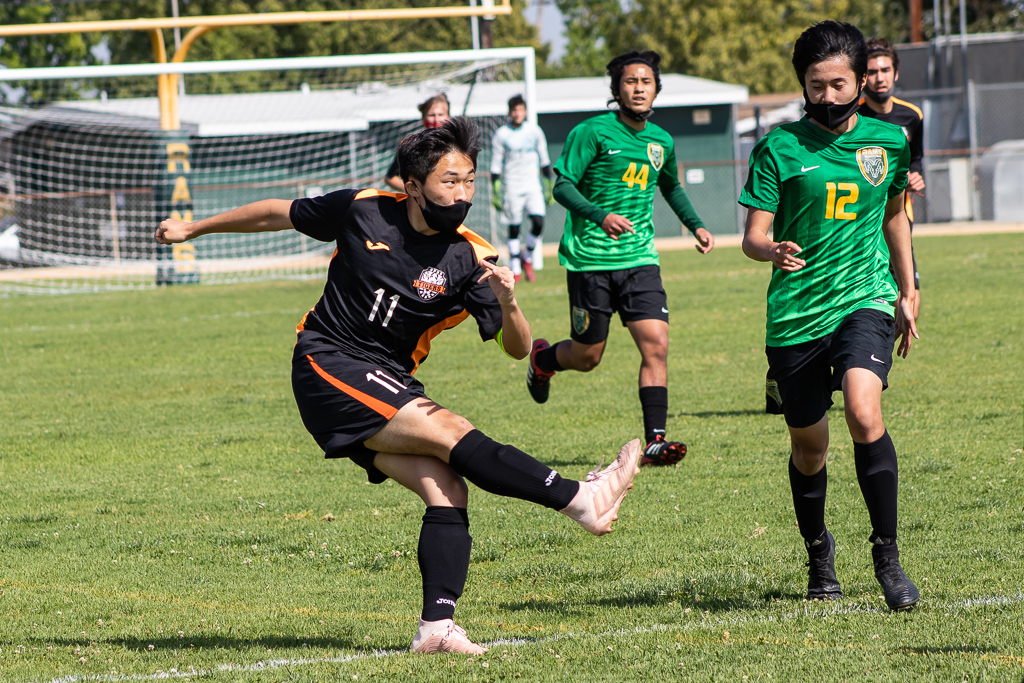 Boys soccer fell 2-1 in a close match against the Temple City Rams on Friday, Apr. 16. After their fourth league game, the Tigers’ Rio Hondo League and overall record remains 2-1-1.

The Rams controlled the ball at the start of the game due to miscommunication on the Tigers part. The Rams were then able to capitalize off of this until the Tigers found a clear way through to the goal scored by sophomore Tilo Andac.

South Pas’ defensive line remained strong through numerous goal attempts from Temple City with help from sophomore goalkeeper Aidan Kinney’s blocks. However, once in control of the ball, they couldn’t connect passes without a strategic steal from Temple City’s offense.

After Andac’s goal, the Tigers were able to keep the ball on their half and gain momentum, but passes were continually blocked by the Rams, creating a standstill game. The Tigers attempted four shots on goal but all were to no avail.

Eventually, the Temple City pushed through the South Pas defensive line, and during a failed goalie block, they were able to fly through an unguarded goal to tie the game 1-1. The messy plays and blocked goals continued for both teams for the rest of the first half, solidifying the score at a 1-1 tie.

Out of the gate, the Tigers challenged the Rams defense with multiple goal attempts, but all were blocked by their goalie. Additionally, they continued to struggle to connect their passes and often could not move their line together to pass swiftly, which resulted in Temple City stealing, scoring, and taking the lead 2-1.

South Pas was determined to hone their offensive plays while making sure that the Rams could not score anymore. In the last few minutes, senior Caleb Lee faked out Temple City’s defense and overshoot’s SPHS’ final goal attempt, just short of the final whistle leaving Temple City to triumph 2-1.

“Overall I think we just were not playing our game,” senior Sebastian Pollard said. “We gave away way more possessions than we should have, giving Temple City a lot of firepower against us. It’s still very early in the season though, and I know that this will serve as motivation in our next games.”

This is the Tigers first league defeat this season after a 3-3 tie against the La Cañada Spartans on Wednesday, Apr. 14 and a successful 9-0 win against the Blair Vikings on Friday, March 26.

The Tigers will challenge the Monrovia Wildcats at a home game on Wednesday, Apr. 21.

The beach is all I could ever want and need