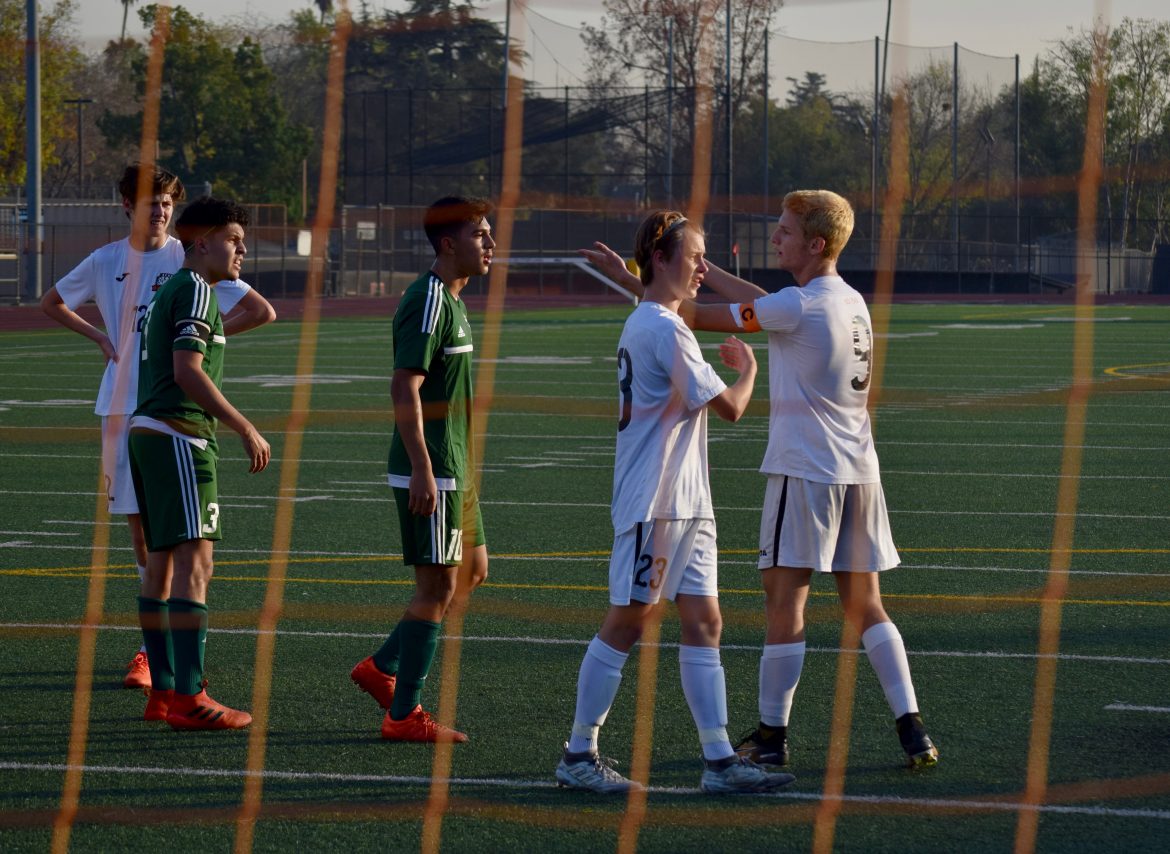 South Pasadena players heated up with opposing Wildcats while lining up for a free kick. The contentious game was punctuated with referee quarrels and disputed calls, ultimately ending in a 0-1 score.

South Pasadena boys’ soccer fell 1-0 to the Monrovia Wildcats in a chippy, hard-fought league game on Friday, January 10. Despite the valiant defensive effort, the Tigers were unable to muster anything on the offensive side of the ball. This offensive efficiency became South Pas’ downfall, as an early deficit put the team down for good. 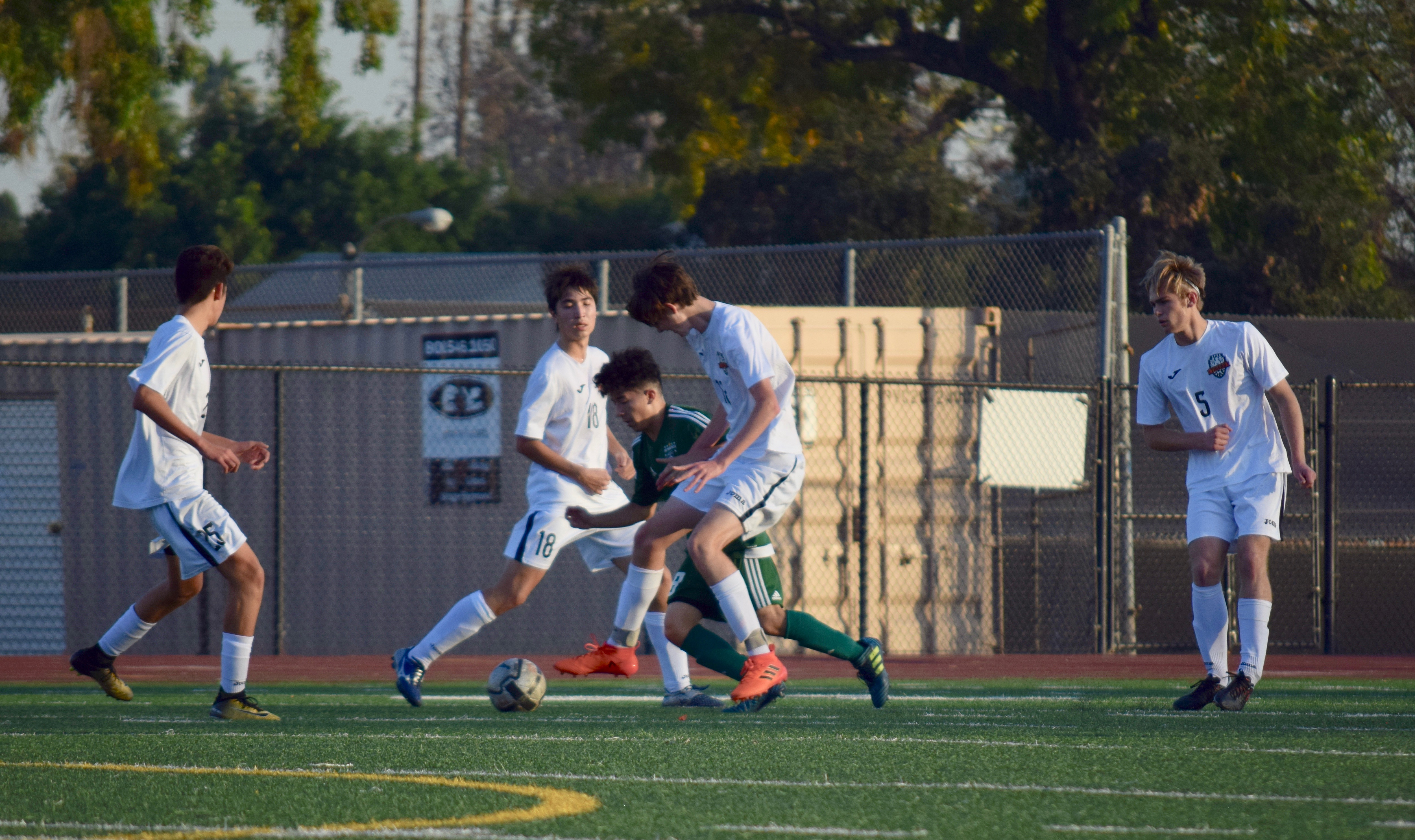 South Pas was battling with more than just the opposing team in the first half. One referee took particular offense to the bench’s call-outs, giving a Tiger player on the bench a yellow card for a seemingly innocent comment. Questionable calls continued for the rest of the half for both sides, halting many of the offensive attacks.

Monrovia’s first opportunity on offense came off a corner kick, in which a Wildcat had an open shot attempt. Senior goalie Jack Gallagher didn’t allow for anything more than a shot, however, as he completely laid out to save the attempt. Monrovia didn’t waste any more time getting back into its offensive rhythm, as it broke the scoreless lull the following play, this time capitalizing off yet another corner kick. 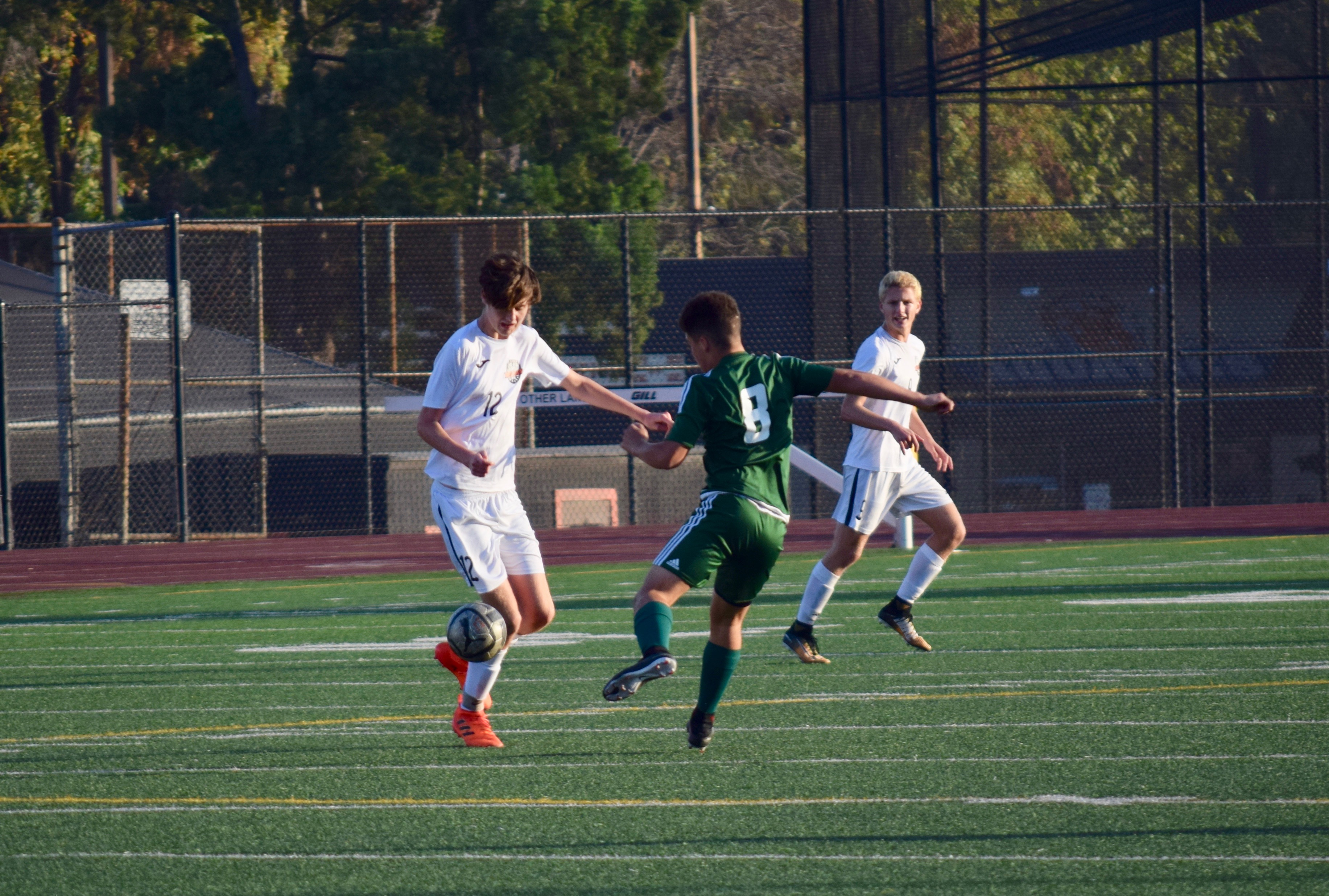 South Pas attempted to answer with a free kick opportunity of its own. Yet, the ball off the foot of freshman Reo Snyder missed just wide right. The Tigers received another crushing blow when standout senior forward Jack Renken was sidelined following a double yellow with a Monrovia defender. Renken sat out for the rest of the half, which severely limited South Pas’ goal scoring chances.

The Tiger offense fared no better in the heated atmosphere of the second half. The team was unable to sustain any offensive drives, and squandered the few shot opportunities it received. Suspect fouls and cards continued to plague the Tigers, as growing frustration over the calls caused many players to lose faith in a win. 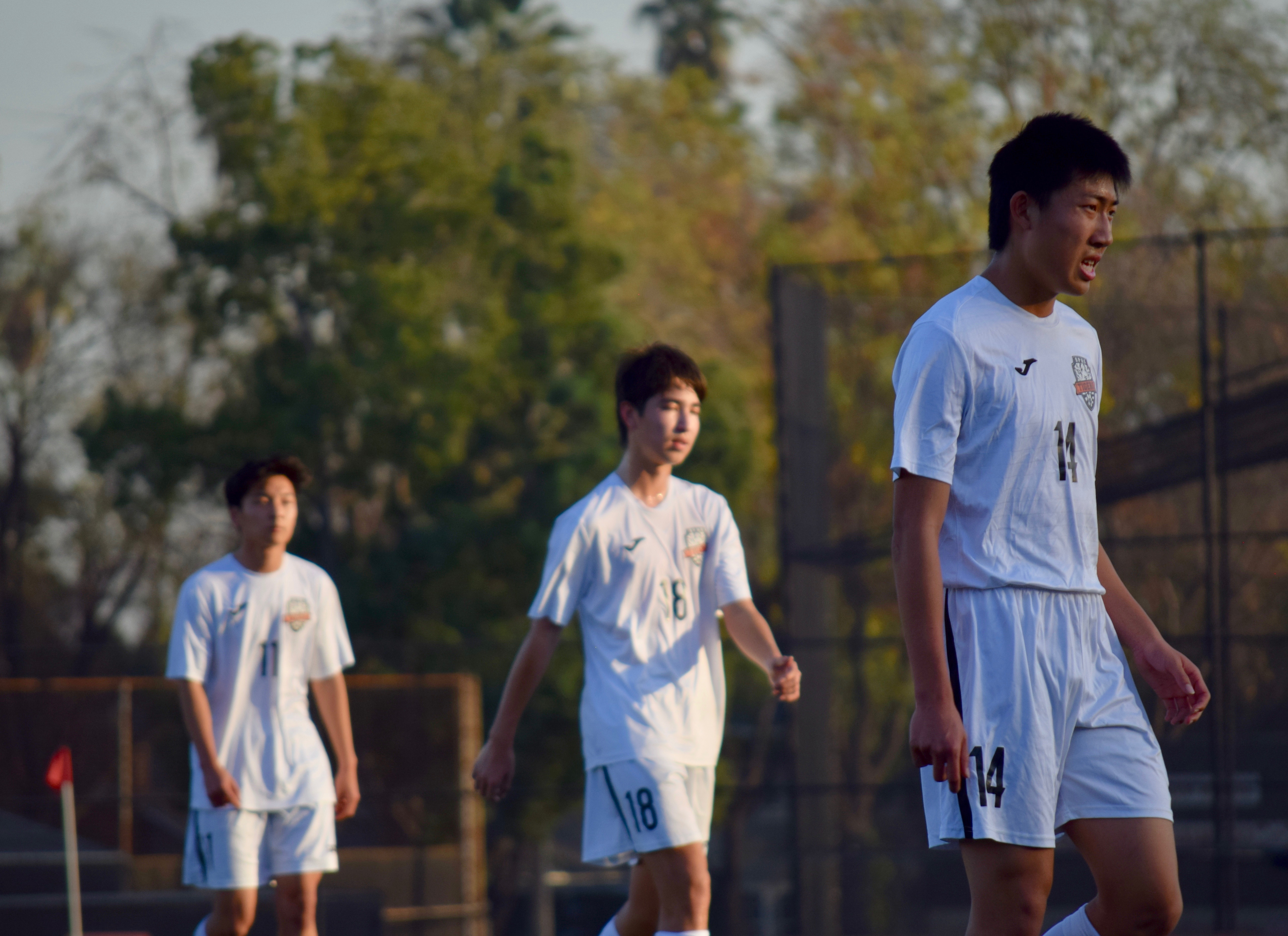 The two teams also became very confrontational in the second half. Players responding to obvious flops were greeted with yellow cards and warnings from the referees. In total, South Pas and Monrovia combined for six cards: five yellow and one red. The red card was the most disheartening to the Tiger comeback, as it kicked freshman forward Caleb Lee from the game and rendered the team a man down for the rest of the game. Even worse, the card came after a tough no-call on an elbow thrown at Lee, which sent the bench and fans in the crowd into a uproar.

In the final five minutes, the Tigers scrambled to push the ball toward the Wildcats’ goal, to no avail. The final whistle marked the team’s first league defeat and first loss in its last five games. South Pas’ overall record now stands at 8-1-2, while the boys’ 1-1 league record places them in third in the Rio Hondo League. 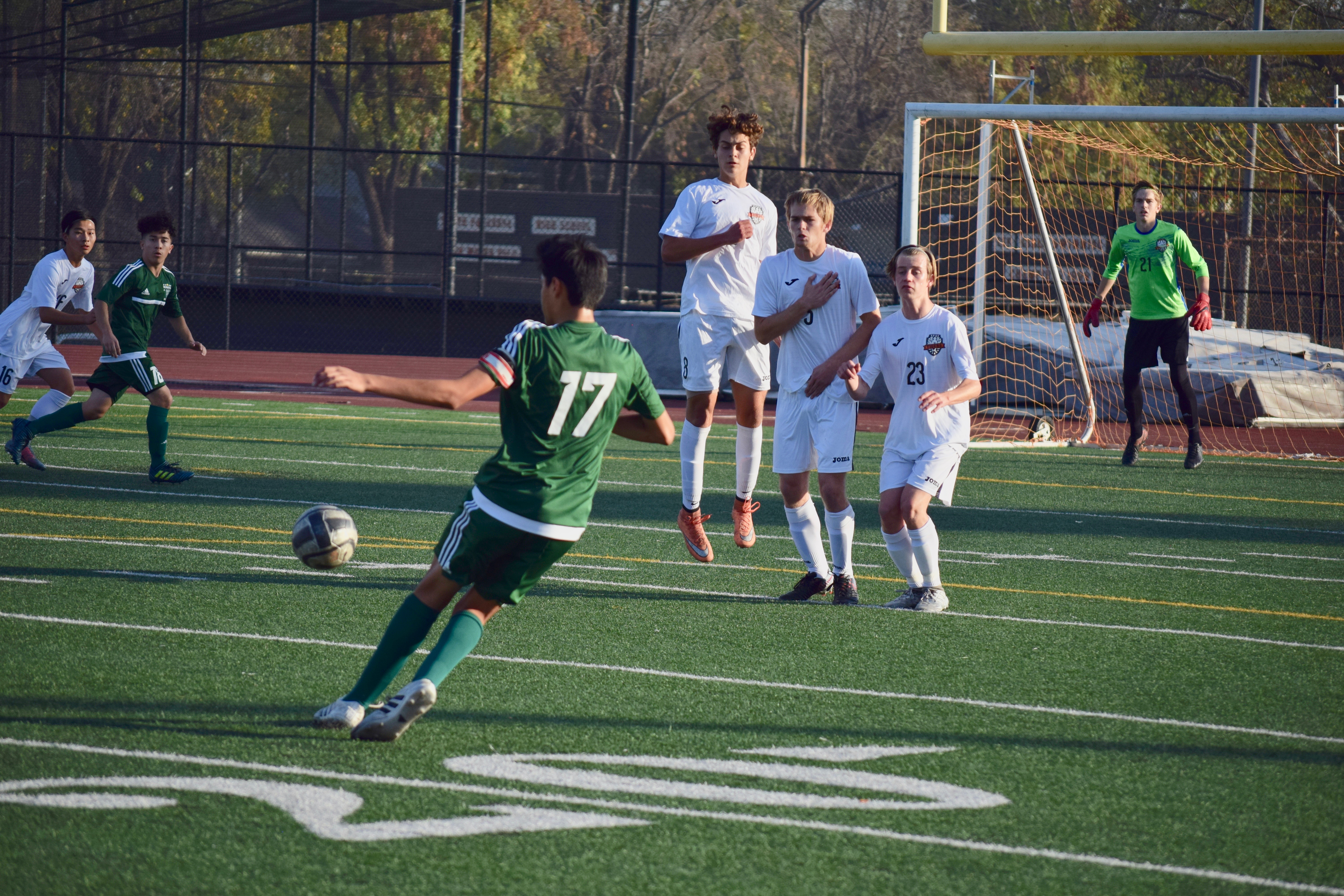 The Tigers will look to bounce back when they travel to Temple City on Wednesday, January 17. The Rams have struggled as of late, losing 3 of their last 4, including their first two league games against Monrovia and San Marino.