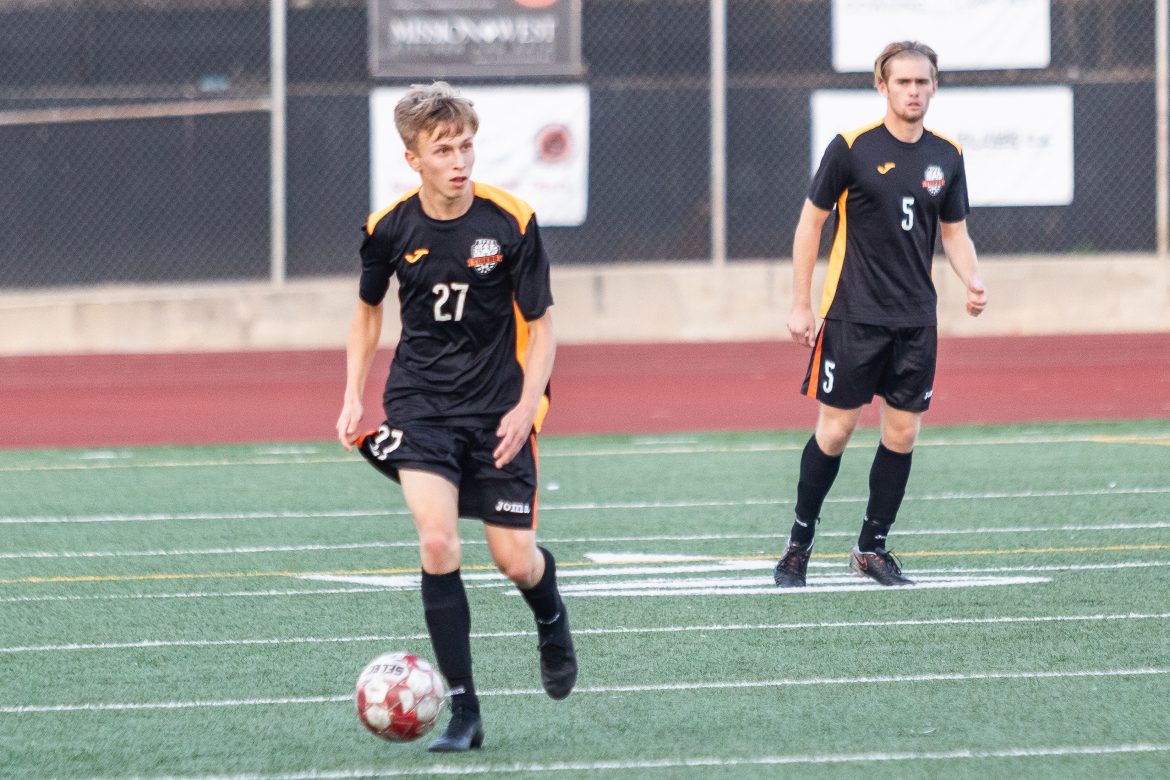 The Tigers were able to make up for a underwhelming first half with a late goal.

Boys’ soccer managed to secure a 1-1 tie on Thursday, December 13 on the road against Schurr. The Tigers’ dominant performance in the second half compensated for a slow start and kept the team from its first preseason loss.

The Tigers struggled to maintain consistent ball control in the first half. The Spartan defense shut down South Pas’ ball movement and prevented attacks toward goal. The Schurr offense was equally talented, catching the Tigers out of position to score a goal midway through the first half. Fortunately for the Tigers, senior goalie Ryan Wong was able to prevent any additional Spartan goals with numerous crucial saves.

The Tigers came back out on the field in the second half with renewed energy, fighting hard for possession of the ball to prevent threat of a Spartan attack. This opened up increasing opportunities for the Tigers to score, but South Pas was unable to cash in until the final minutes of the game. In the last play of the game, sophomore Reo Snyder crossed the ball to senior Addison Foord, who forced an own goal to tie the match at 1-1. Time then expired, narrowly keeping victory from the Spartans.

The Tigers will hope to return to their dominant form that they demonstrated throughout the preseason when they face Bassett at home on Monday, December 17. The Olympians boast a formidable 8-1-1 preseason record and will provide a challenge for the Tigers.