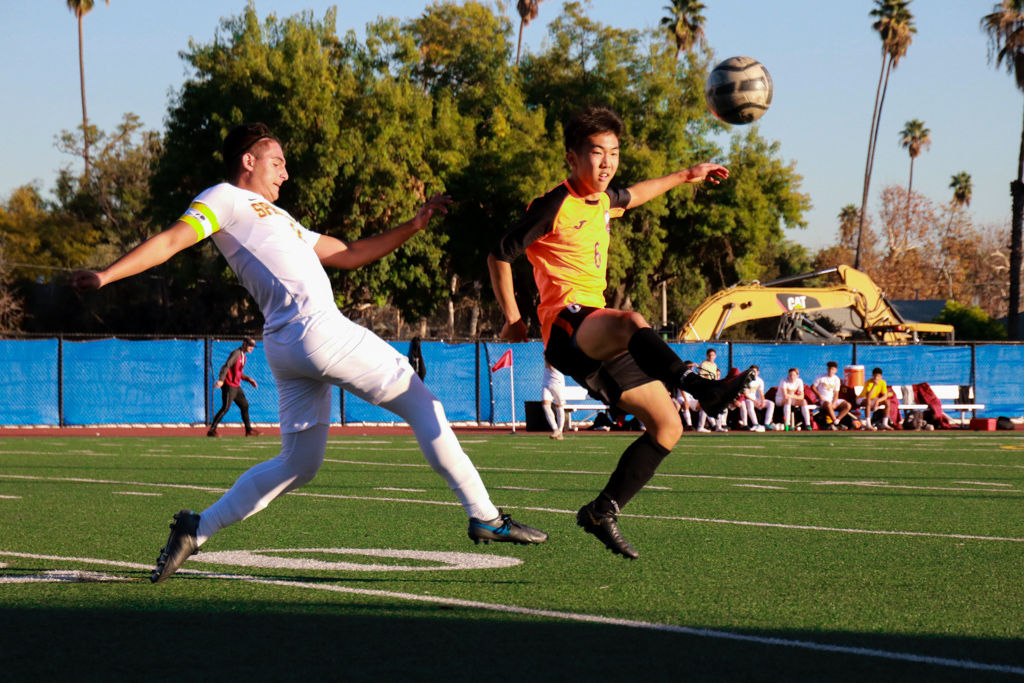 The South Pas defense has struggled, conceding four goals in each of its first two league games.

Boys soccer fell short to the La Cañada Spartans at home on Friday, Jan. 10, with a 4-2 final score in its second league game this season. The Tigers stumble to 4-5-1 overall and 1-1 in the Rio Hondo League.

South Pas came out of the gates with a quick goal. Directly after, its momentum plummeted and its weak line of defense allowed La Cañada to take advantage. After halftime, the Spartans continued to score, easily maneuvered around the Tigers defense, and walked away with the win.

Right off the bat, the Spartans weren’t able to hold onto the ball for that long without a South Pas interception. The Tigers enjoyed the majority of possession and eventually, junior Aaron Cho cut through the Spartan defense, received a slicing pass, and scored.

Quickly after the opening score, the Tigers’ performance and aggression declined; they began to play with hesitation and did not take many opportunities. Consequently, they gave the Spartans numerous chances to put the ball through the net.

The defense slowly weakened, as La Cañada threw a barrage of attacks at South Pas. They eventually knotted up the score 1-1, catching sophomore goalkeeper Jacob Mills off guard.

In the second half, the Spartans became more aggressive defensively and generated even more scoring chances. But, Mills remained calm in goal and was able to block many of their shots.

However, once they stopped the Spartans, the Tigers could not get their attack going. Errant passes allowed La Cañada to seize control again. The visitors took advantage of South Pas’ weak defense and scored two more goals, opening a blowout 4-1 score.

The Tigers had an opportunity to get back into the game when a handball in the box allowed for a penalty kick for South Pas, but the La Cañada keeper guessed correctly and saved the shot. In the final minutes of the game, junior striker Jake Carless was able to score one more goal, solidifying the score as a 4-2 loss for the Tigers.

“We played well today but our results didn’t shine through, we need to play better in our next game and get the win,” Ebata said.

The Tigers will play the Temple City Rams on Wednesday, Jan. 15 at home.