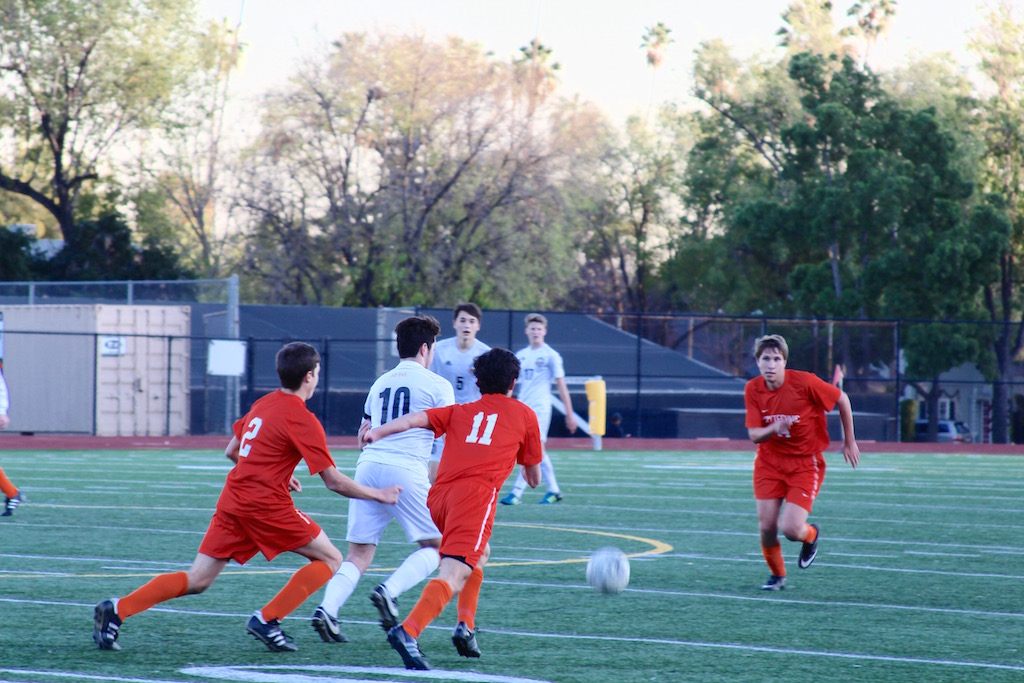 The boys’ varsity soccer team lost to the Polytechnic Panthers at home on Tuesday, December 15, by a score of 3-0. The team has a 1-4 record with only three preseason games left.

The Panthers’ dominance was apparent in the first half as South Pas could not recover from the surging Poly offense. However, South Pas improved its passing, especially on the left wing. Junior defender Max Amido was a major part of the passing game, along with senior defender Tim Hitchcock and senior midfielder Oskar Hernandez. Sophomore defender Hank Rainey saved a Poly goal by utilizing his speed to track down the Poly striker. Later on, senior striker James Tulin crossed a ball to sophomore striker Jack Renken who took a shot that the keeper recovered. Renken had another attempt soon after with a shot that went wide after a pass from junior midfielder Mathew Kramsch. South Pas had chance to take the lead when Tulin took a shot with his left foot, but it sailed over the crossbar. After several Tiger attempts, Poly came back and scored three straight goals. The first was a header from the right that just made it in the far post. Minutes after, Poly would make the score 2-0 with a shot from outside the box that was just out of junior goalkeeper Kevin Foster’s reach. The Panthers would cap the half with a final goal from a free kick that went in just under the crossbar.

The Tigers regrouped in the second half and shut down the Panther offense with good defense. Sophomore defender Noah Millhollin and Hitchcock foiled many of Poly’s fast breaks. The defense used the offside trap to keep the Panther’s offense in check. The Tigers also continued to put pressure on the Panther defense with several close crosses and runs down the line. Sophomore striker Jack Renken took several attempts down the line, but the Poly defense prevented him from scoring. Neither side could break each other’s defense and the game ended with Poly winning 3-0.

“We started the game off slow as we had trouble completing passes and played very passively.” Amido said, “ However, we increased the intensity in the second half and put more pressure on Poly.”

The team will battle Schurr High School at home on Thursday, December 15 with the hope of bringing its record to 2-4.