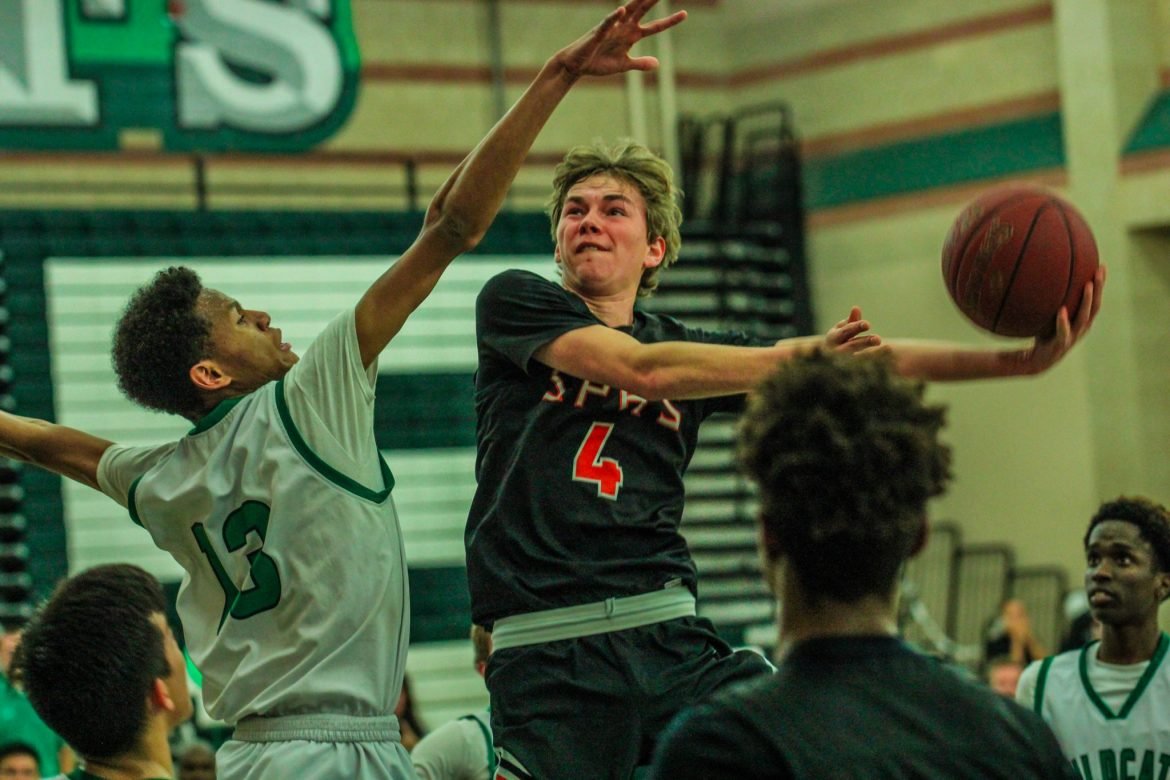 Boys basketball romped to a 65-29 victory over the Montebello Oilers on Monday, April 19, to earn its first win of the year. The Tigers head into their league opener with a 1-2 season record.

Behind a barrage of three-pointers, South Pas jumped out to an 18-0 run and never let up. Nine different Tigers scored, including three in double digits, en route to a 36-point dub.

From the tip, the Tigers excelled in all facets of the game. Junior forward Ezekiel Pannell and junior guard Dillon Akers combined for 17 first quarter points, including five triples.

“We knew going into the game that we were a better team,” senior Tyler Johnson said. “We wanted to come out and metaphorically punch them in the mouth, and put them away quick.”

Before four minutes elapsed, every Tiger starter had scratched the scoreboard, including highlight plays from junior center Sage Wayans and junior forward Niko Lawrence: Wayans grabbed a defensive board, thundered down 84 feet, and jammed in a one-handed slam for two of his 12 points on the night.

“I was thinking about how I missed [a dunk attempt before,]” Wayans said. “The focus built up from that miss had me in the zone. I knew I wasn’t going to miss the second one.”

Then, with seven seconds left in the quarter, Lawrence squirmed into the lane and banked in a running floater to beat the horn. South Pas ended the quarter with a comfortable 29-9 advantage.

The Tigers continued their onslaught in the second, getting to any spot they wanted on the floor. Even with their second unit in, South Pas outscored Montebello in the second frame, 12-9.

The third quarter brought more of the same: Tiger dominance. Johnson picked up right where they left off, penetrating the defense and elevating to loft a dime to Akers in the corner for three.

Wayans dropped a quick eight points, every starter scored once again, and then the South Pas bench took over for the rest of the way.

“It felt great,” junior forward Dom Corona said. “As a mostly new team, with only two returners, we really have to get into our groove quick. It felt great to move as a unit and execute well tonight.”