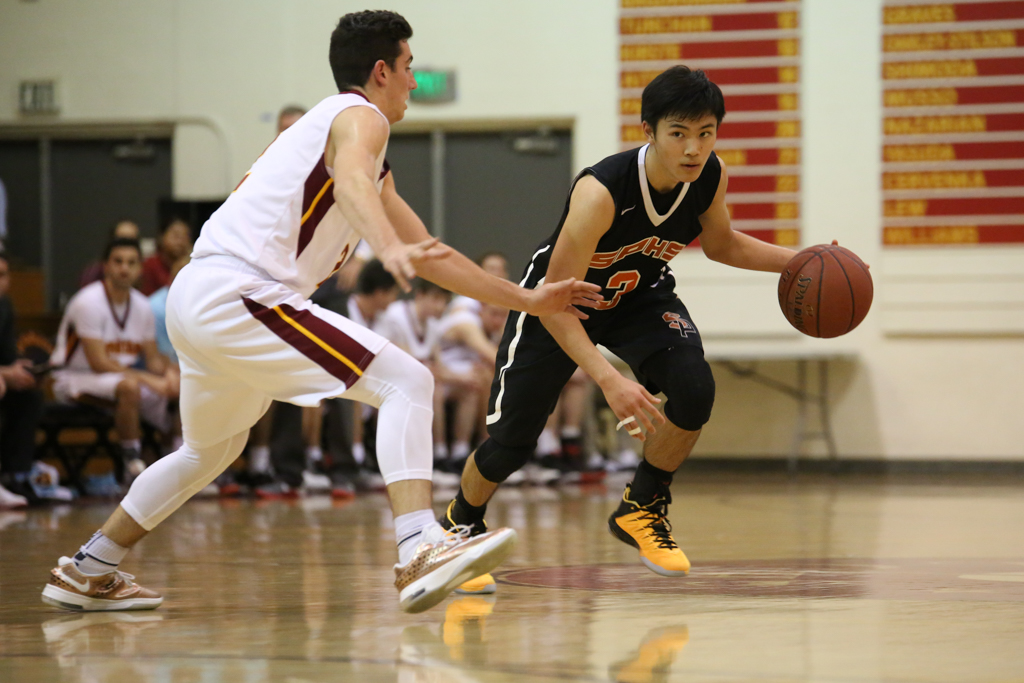 After losing twice to South Pas in two matchups the previous season, Temple City was determined to make a statement early on. The Tigers’ disciplined defense slowed the Rams’ offense to create crucial turnovers in the opening minutes of the game. Junior Lucas Fox rallied the South Pas stands with the Tigers first three of the night but was quickly answered by the Rams physical inside game. Another three pointer from senior Ray Arismendez brought the score to 14-10 with the Tigers down. From here, the Rams tight passing defense gave Temple City the edge and closed out the first quarter on a 7-0 point streak to build a 21-10 lead.

Senior Alex Nakagawa laid up two points followed by Fox with two free throws to get South Pas some much needed momentum in the second quarter. This was drowned out by the Temple City crowd a few possessions later when the Rams knocked down two three pointers from beyond the arc to hold a steady 10 plus point lead over South Pas. Arismendez ended the half with a buzzer beater three pointer and headed into the locker room down 42-27.

Coming back into the half, South Pas faced another flustering Temple City crowd. The Tigers offense slowed up in the third quarter with lock down defense on the Tigers passing lanes. Junior Matt Scholtz kept the Tigers in the game with five points before ending in a 53-40 quarter.

Temple City slowly extended its lead in the fourth quarter and built a 20-point advantage. Although the Tigers’ determination to finish out the game strong never wavered, a comeback seemed improbable and the Rams closed out the game in a 73-50 rout.

South Pas is scheduled to play against Monrovia High School at home on January 27. The Tigers won their last two games against the Wildcats in the previous season.