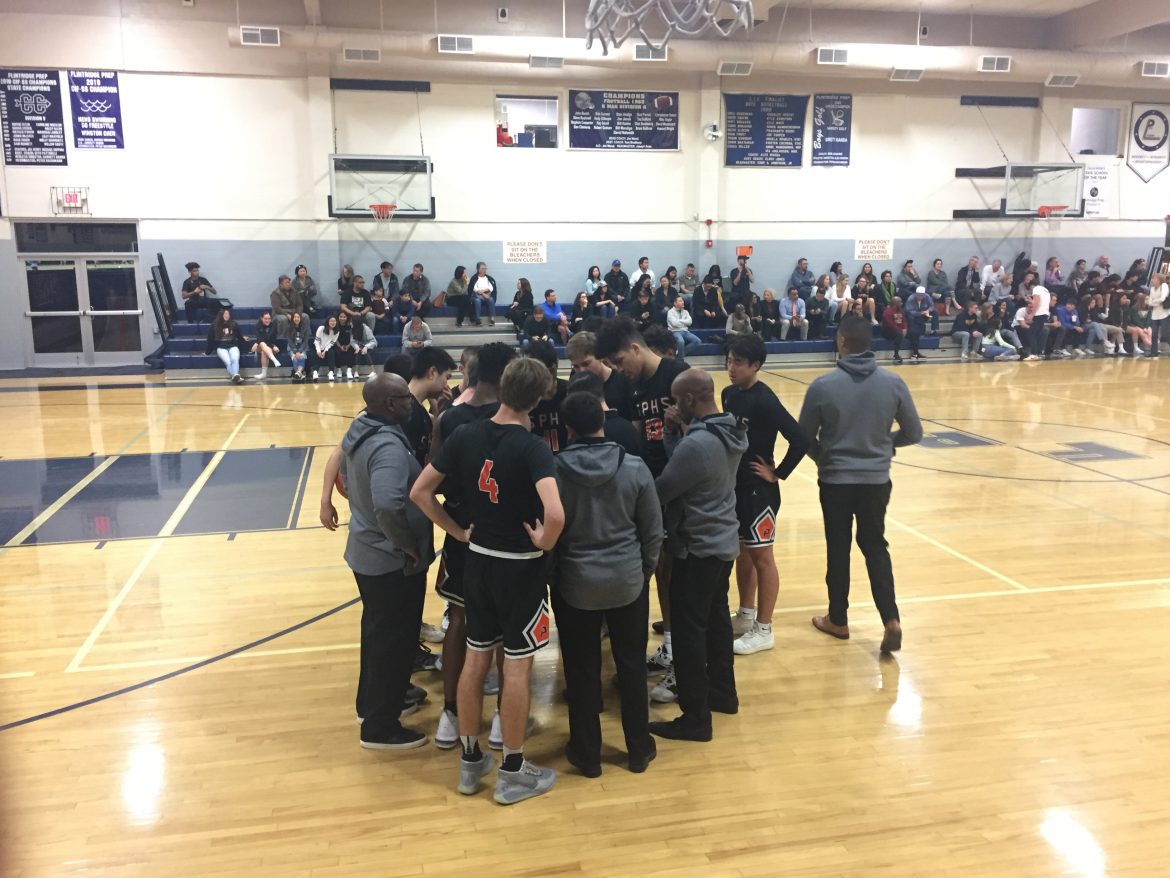 The Tigers head into the Rio Hondo League with an 11-3 record, already an improvement over last year's 7-19 season.

Boys basketball narrowly lost to Flintridge Prep, 50-46, on Monday, Jan. 6, in its final preseason game. The Tigers will enter the league season with an 11-3 record.

A gritty defensive battle sent the game into overtime, where South Pas suffered from multiple turnovers. The Tigers had a final chance to tie the game with seconds remaining, but was unable to convert, leading to their third loss of the season.

In the first quarter, strong man defense from both sides kept it a low-scoring game. Seniors Billy Reed III and Rodney Ortega led the way offensively for South Pas, each draining a three pointer. However, the Tigers allowed shots from beyond the arc on the other end and the Rebels grabbed an 11-10 lead at the end of the period.

Both teams continued to maintain stifling defenses in the second quarter. South Pas was able to attack the basket, draw fouls, and earn some easy points. At the end of the half, the Tigers managed to hold a one-point lead.

Led by junior Amar Ebrahim, the Tigers jumped out of halftime with high energy. Ebrahim hit a mid-range jumper on a fast break and a few plays later, he intercepted a pass and launched it ahead to Reed, who flushed the ball into the hoop.

Still, Flintridge’s disciplined defense and efficient offense remained; heading into the fourth quarter, the game was knotted up at 33.

The Tigers began the fourth quarter with a different offensive strategy and fed Reed the ball on the left block. He took full advantage of his six foot seven inch frame and made three layups early in the period. Still, Flintridge’s efficient offense kept them ahead by five with three minutes left.

Sophomore JJ Kim hit a three and with 25 seconds left, senior Preston Sharkey made a floater to tie the game at 44. Flintridge missed a potential game winner, sending the game to overtime.

In the extra period, South Pas had as many turnovers as points. The team still had a late opportunity with 2.5 seconds left in the game, but failed to make a layup that would have tied the game. Ultimately, the Tigers fell to the Rebels, 50-46.

The team will play against in Blair in its first league game of the season on Jan. 8.

November and December 2019 at SPHS