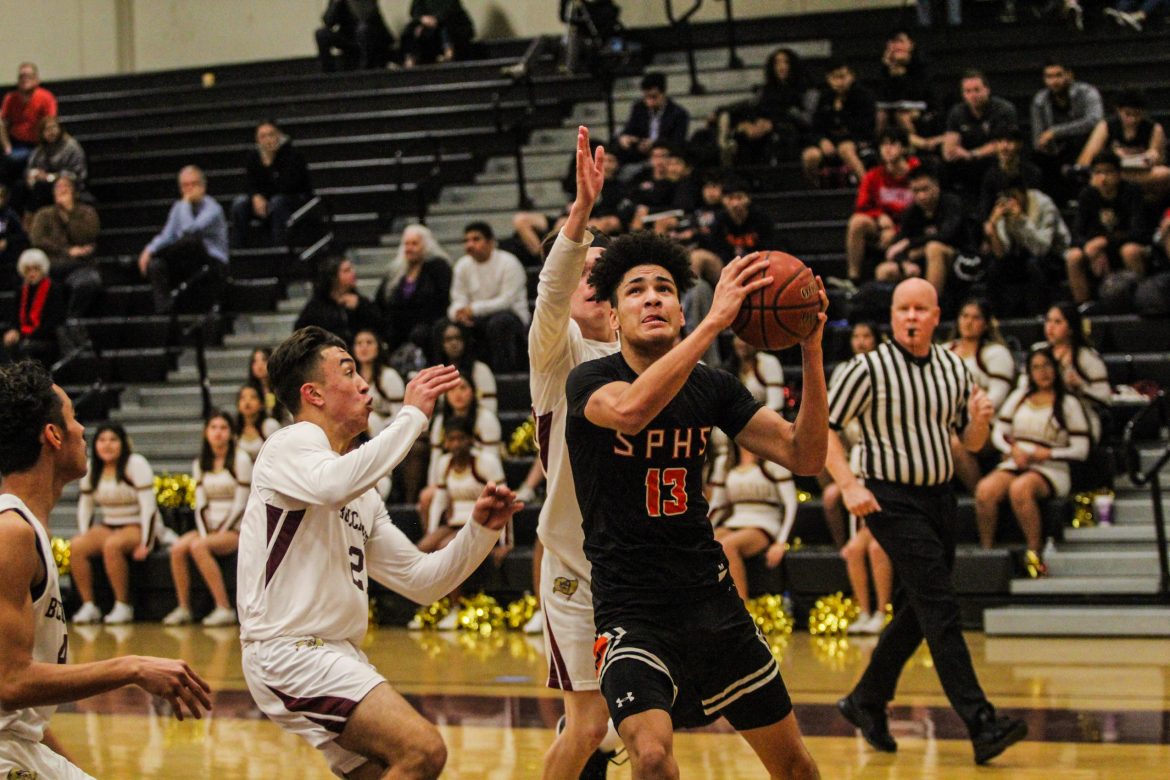 Boys basketball earned a blowout 62-38 win in an away game against Bellflower on Monday, Jan. 13. The victory bumped South Pas up to 13-4 on the season.

A sloppy first quarter from both sides kept the score close. However, starting in the second period, the Tigers lurched ahead of the Buccaneers and slowly increased their lead as the game progressed.

With a size advantage, the Tigers attacked the basket, making a series of free throws. However, they were met with Bellflower’s high extending zone, making it difficult to score. Bellflower didn’t stay down for long and charged ahead with a 10-6 lead.

The Tigers tried to feed the ball to senior Billy Reed III in the post, but Bellflower denied it well and forced turnovers. On the other end, South Pas racked up steals making for a wild, fast-paced first quarter and a 10-10 tie.

The Tigers began the second quarter sluggishly. They struggled to grab defensive rebounds, allowing multiple second chance opportunities to slip away. The offense was able to break Bellflower’s press, but wasn’t able to make much of the opportunities they created for themselves.

With a narrow 14-12 lead at midway through the second quarter, South Pas’ offense started to gain some traction. Reed took control, lofting the ball to junior Amar Ebrahim for a fast break floater to boost the Tigers’ lead. Reed continued with a flurry of layups and shots around the rim, putting South Pas up 26-20.

Ebrahim capped off the strong second period with a steal; he stripped the ball and flew down the court for a layup with only six seconds left in the half. The Tiger led 33-26 at the half.

The third quarter devolved into a slow-paced affair, with numerous whistles on both sides. Ebrahim energized the visitors, stealing the ball in the backcourt, drawing a foul, and hitting two free threes.

In the fourth, Reed sustained the Tiger lead with a handful of free throws. With a double digit lead, the Tigers eased up and strolled to a 62-38 victory.

“It was a fast paced game today. We came out somewhat lackadaisical in the first half,” Ebrahim said. “But, we really turned it on in the second half, keeping Bellflower to only 10 points the whole half. We handled the ball well and kept our composure. If we continue those things throughout the season, I think we have a great chance at making the playoffs and winning out the rest of league.”