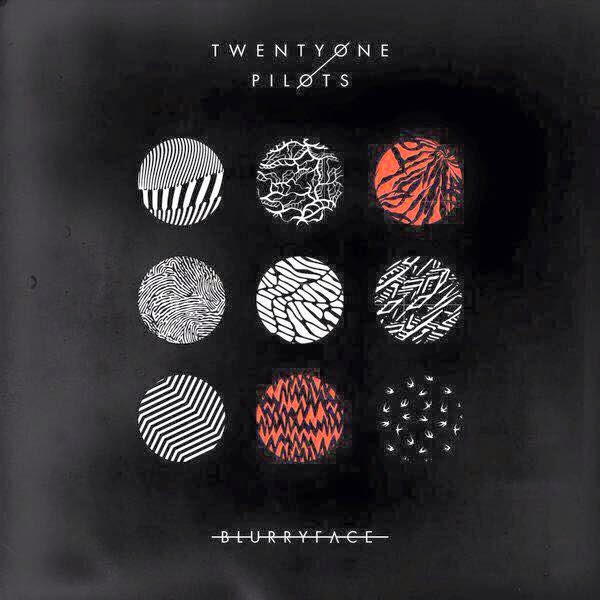 Sad ukulele and piano music have never blended so well. Blurryface is the perfect successor to Twenty One Pilots’ 2013 album, Vessel. Supported by pop hooks and rhythmic vocals, Blurryface starts off fast paced and techno with “HeavyDirtySoul.”

Blurryface is loosely centered around a character that Joshua Dun, the drummer, and vocalist, Tyler Joseph created. Joseph said that the character Blurryface,“represents all the things that I as an individual, but also everyone around, is insecure about.” Blurryface, the character, is seamlessly characterized as an unsure, nostalgic mama’s boy in songs like Stressed Out.

Twenty One Pilots’ first love song, Tear In My Heart, is a sweet climax to Blurryface. The tune is romantic without being mushy or cliche. Instrumental parts are long but build gradually and fit the mood of the song. The songs tell stories almost casually, which gives the feeling that Joseph and Dun are telling over a campfire.

Themes throughout Blurryface are relatable to teenagers without feeling like the tracks were made to appeal to teens. In fact, Twenty One Pilots is extremely truthful in portraying real life. With lyrics like, “I’d live for you and that’s hard to do. Even harder to say when you know it’s not true,” and, “I need to know that when I fail you’ll still be here.” The first lyric, is brutally truthful to love, especially then life gets tough. The second is also about love and doubting the amount of commitment in a relationship.

Themes in the album are not happy but feel like an honest interpretation of life. In an industry built to make money, the consistent delivery and commitment Twenty One Pilots have to sharing their truths is commemorable. Not afraid to address the feelings of sadness and nostalgia for simpler times, Blurryface is dynamic and deserves more than one listen.
Initially, Blurryface sounds like a weird mix of happy melodies and depressing spoken word poetry. But the more it is listened to, the greater mix of genres can be heard and appreciated.