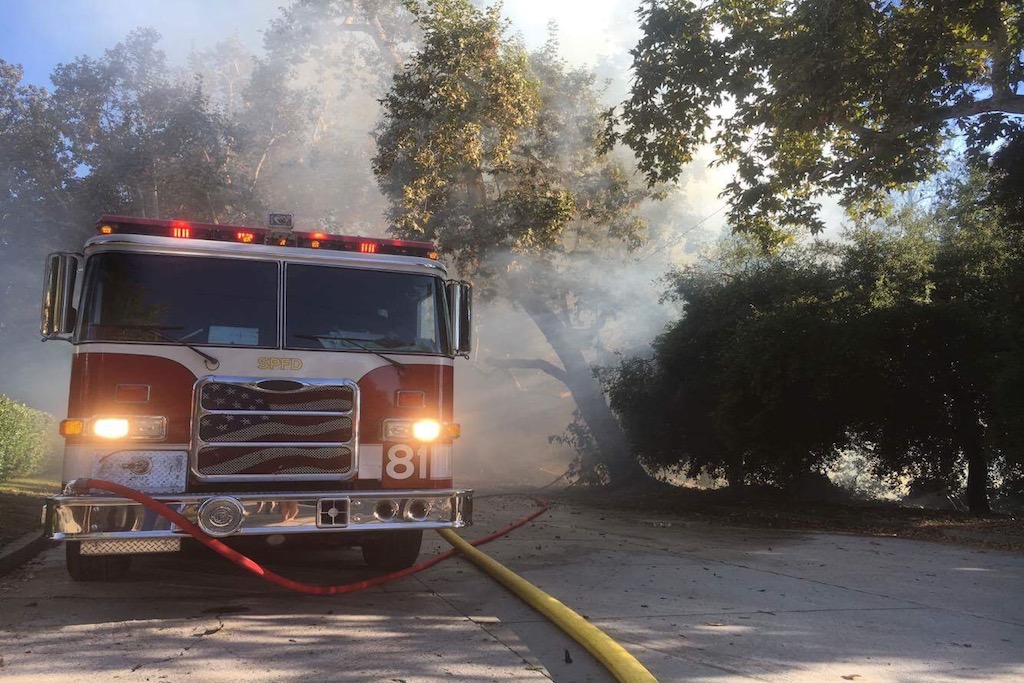 A one-acre brush fire started by an unknown cause at approximately 5:00 p.m. Saturday evening on the intersection of Arroyo Drive and Hermosa Avenue.

“The fire was spreading at a rapid speed,” according to Mark Donaville, division chief of the San Marino Fire Department. “A several block perimeter was set up with structure defense.”

Precautions were taken to ensure no flames reached houses on Arroyo Drive, but no structures were harmed or evacuated.

Fire departments from the surrounding cities of San Marino, Pasadena, and LA County along with five engine companies assisted the South Pasadena Fire Department in containing the fire. The LA County Fire Department is currently helping mop up efforts as the fire has been extinguished.

This has been the second fire in the Arroyo this summer as fire departments remain on high alert due to recent heat and dryness.

The South Pasadena Fire Department is continuing to investigate the cause of the fire.