Top Posts
Teachers voice concern over adopted learning models
Community may get a chance to vote on...
SPUSD outlines plans for distance learning during the...
Anti-Zionism cannot be equated with anti-Semitism
Anything goes?
L.A. complies with statewide protections and improvements for...
LARPing: an activity to experience the game beyond...
Residents voice encounters with the SPPD at virtual...
Why affirmative action is necessary
CIF announces athletic calendar for 2020-2021 school year
Home Featured Baseball swept in Pasadena doubleheader
FeaturedSportsWeb Exclusive 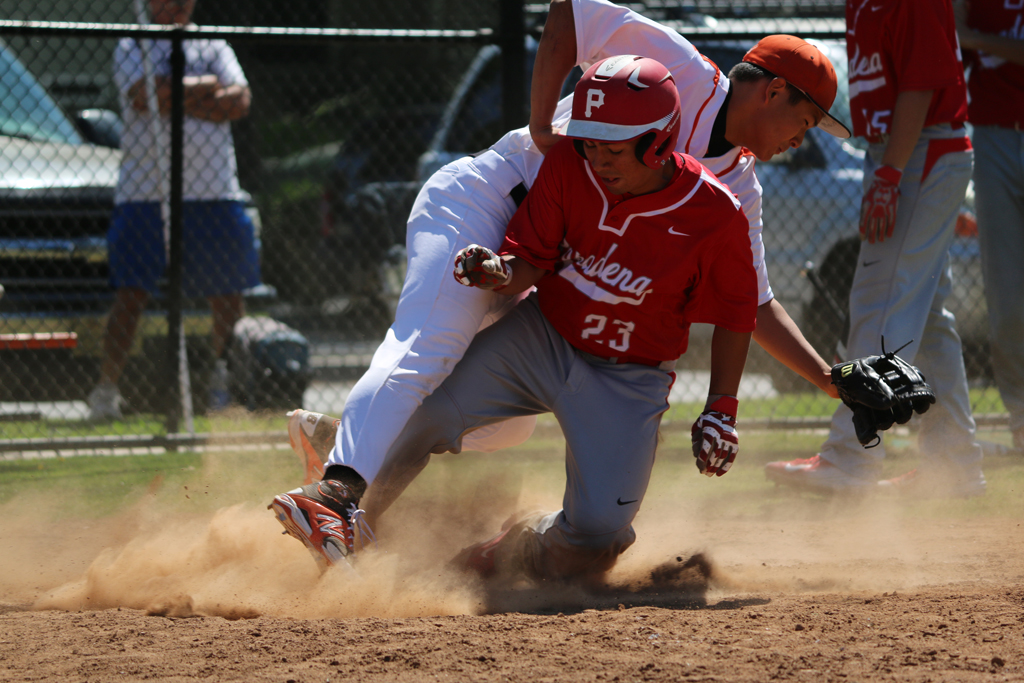 The SPHS baseball team was swept in a non-league doubleheader against Pasadena on Saturday, March 28, losing by scores of 11-1, and 18-3. The Tigers weren’t in the best condition after their back to back games last Wednesday and Thursday. Although the team had a long day ahead, the boys gave everything they had in their first game of the day. However, it wasn’t enough to stop the Pasadena Bulldogs from claiming the first game, 11-1.

From the first crack of the bat, Pasadena’s hitting got the better of the South Pas defense with multiple deep hits into the outfield. For four innings, the Tigers struggled to ward off the Bulldogs’ advances, but kept the score close at 1-4. The team’s lone run came in the first inning when senior Matthew Park stole home from second base. It wasn’t enough as Pasadena overpowered the Tiger defense and closed out the game with a 11-1 final score.

Still reeling from the first game, South Pas didn’t fair any better the second matchup. Pasadena was quick to adjust from the previous game and scored a crushing 7 runs in the first inning. With the Tigers still in shock, the Bulldogs continued chalking up run after run. South Pas left the field with a dismal 18-3 loss.

“Today we started off a bit shaky and it all went downhill from there,” sophomore Kyle Ninomiya stated. “As a team we need to learn that even though this game doesn’t count we still need to play as hard as we can.”

Despite today’s losses, the Tigers are still confident they can make a run for the league crown. With a 1-2 record the Tigers’ lone league victory came from Thursday’s game against La Canada in a 9-8 thriller.

“It’s tough to play four games in four days, especially for our pitchers,” senior Hermes Ip said. “We didn’t have our core pitching staff and we threw guys that don’t usually throw. As a team we are going to take a long break and come back ready for league.”

The Tigers will return to league play on April 8, at 3:30 p.m. at Temple City’s home turf.