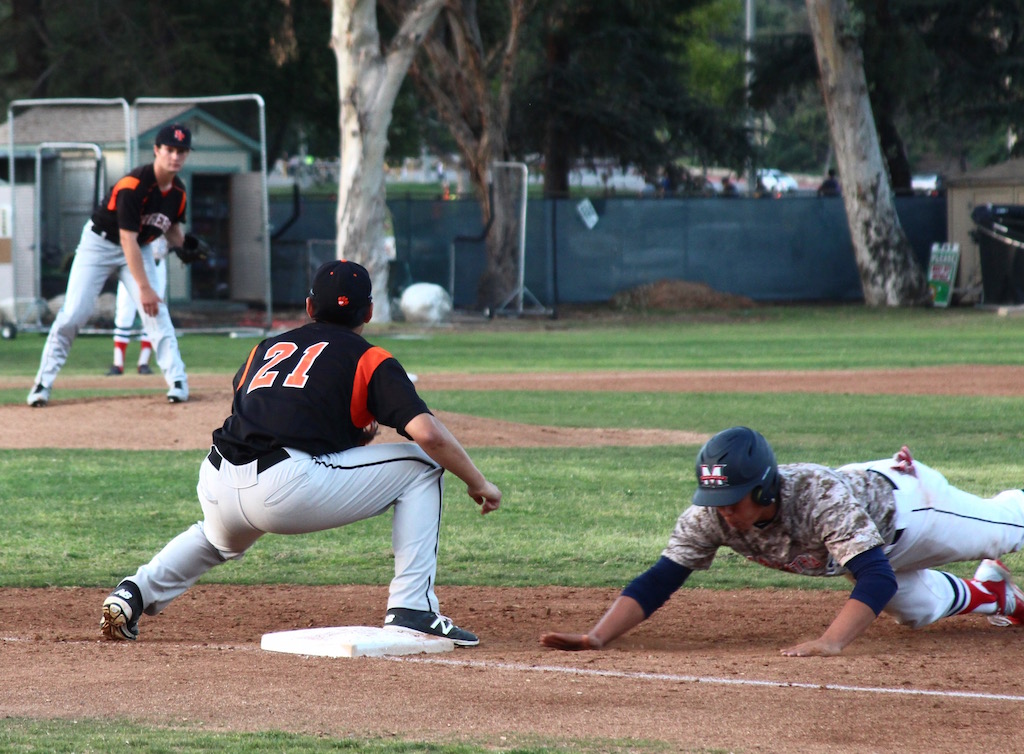 Tiger baseball claimed two victories with scores of 9-3 and 14-2 against Adelanto on March 19 at home. The wins give the team a 8-3 record overall this season.

Led by junior pitcher, Jacob Luevano, the team held Adelanto to a scoreless first five innings in the first game. South Pas was proficient on defense, making the necessary plays to hold the Saints down.

In the second inning, freshman Max Smith hit a hard double to start the Tiger rally. Next up was Luevano who batted in Smith with a double of his own to give South Pas the lead. Luevano advanced to third on a wild pitch, which was followed by freshman Gavin Nouskajian who induced a walk. After Nouskajian stole second, sophomore Matt Walker singled to right, earning him two RBIs and putting the Tigers up 3-0.

In the third, seniors Brandon Louie and Connor Dolan gave South Pas two more runs. Then senior Matthew Shults hit an impressive triple to put himself in scoring position in the fifth. Smith then got another hit and his first RBI of the game with a single.

The second game seemed to be much tougher for South Pasadena starting out. Although the Tigers took an early lead with an RBI single from Louie, that is all the scoring that would come for the next five innings.  This time it was sophomore Isaac Luevano on the mound, who pitched a brilliant game, never allowing the Saints to find any momentum. But South Pas struggled in this area as well.

The Tigers were tested in the sixth, going down for the first time with two runs from Adelanto. Being behind must have flipped a switch for the team, because the immediate response was incredible. The team scored thirteen runs to put them in a 14-2 lead. At this point, both teams acknowledged that the game was over over, and they road the scoreline to the end.

South Pas has its second league game against Monrovia on March 22 at home.