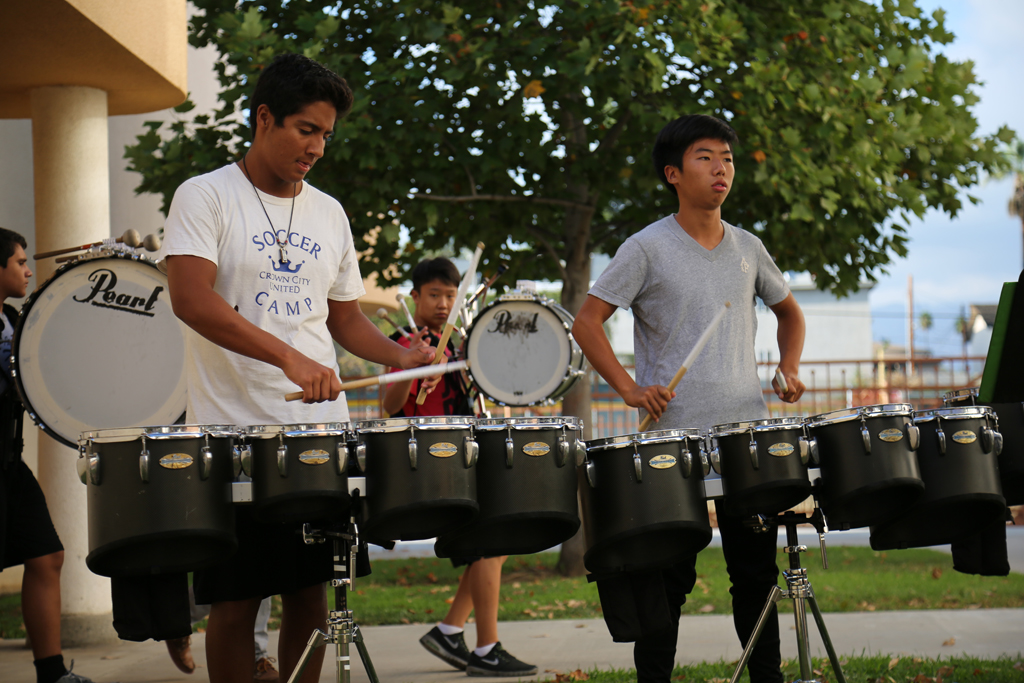 Band looks forward to the upcoming events with a bit of apprehension: they graduated a large amount of seniors last year and have been working to develop the program’s influx of freshmen. This season is seen as a time to improve for next year, which they have high aspirations for.

“This year might be a bit shaky, but we are progressing at a good level so we will definitely improve next year and be much more confident.” Sophomore Miles Knight said, a percussionist in marching band.

The students have been practicing rigorously in anticipation of the upcoming marching season, with multiple long after school practices per week coupled with constant rehearsing during school hours.

Their main program for this year, entitled “Seven,” pays tribute to the seven astronauts who perished in the the Challenger space shuttle disaster. The show features an 18-foot long space shuttle prop, one of the largest in SPHS Band history. The music is inspired by Antonin Dvorak’s “The New World Symphony”.

“The show takes the audience on a journey towards a new frontier, exploring the importance of faith and courage in the realization of success,” senior Nolan Pokpongkiat said. “We are especially enthusiastic about ‘Seven’ due to the thrilling arrangement of music and challenging field drill movements.”

Last year, the band fared well at many of their competitions, going to division finals for the first time in years.

With the arrival of new, experienced instructors and the continued guidance of Mr. Crawford and Ms. Cheyne, band and color guard are optimistic for the future of their programs.

Next week will be the first of band and color guard’s weekly competitions at Ayala High School’s “Music In Motion” competition.