Top Posts
Teachers voice concern over adopted learning models
Community may get a chance to vote on...
SPUSD outlines plans for distance learning during the...
Anti-Zionism cannot be equated with anti-Semitism
Anything goes?
L.A. complies with statewide protections and improvements for...
LARPing: an activity to experience the game beyond...
Residents voice encounters with the SPPD at virtual...
Why affirmative action is necessary
CIF announces athletic calendar for 2020-2021 school year
Home Feature Atlantis is brilliant and Jason Momoa delivers, but ‘Aquaman’ barely stays afloat
FeatureFeaturedWeb Exclusive 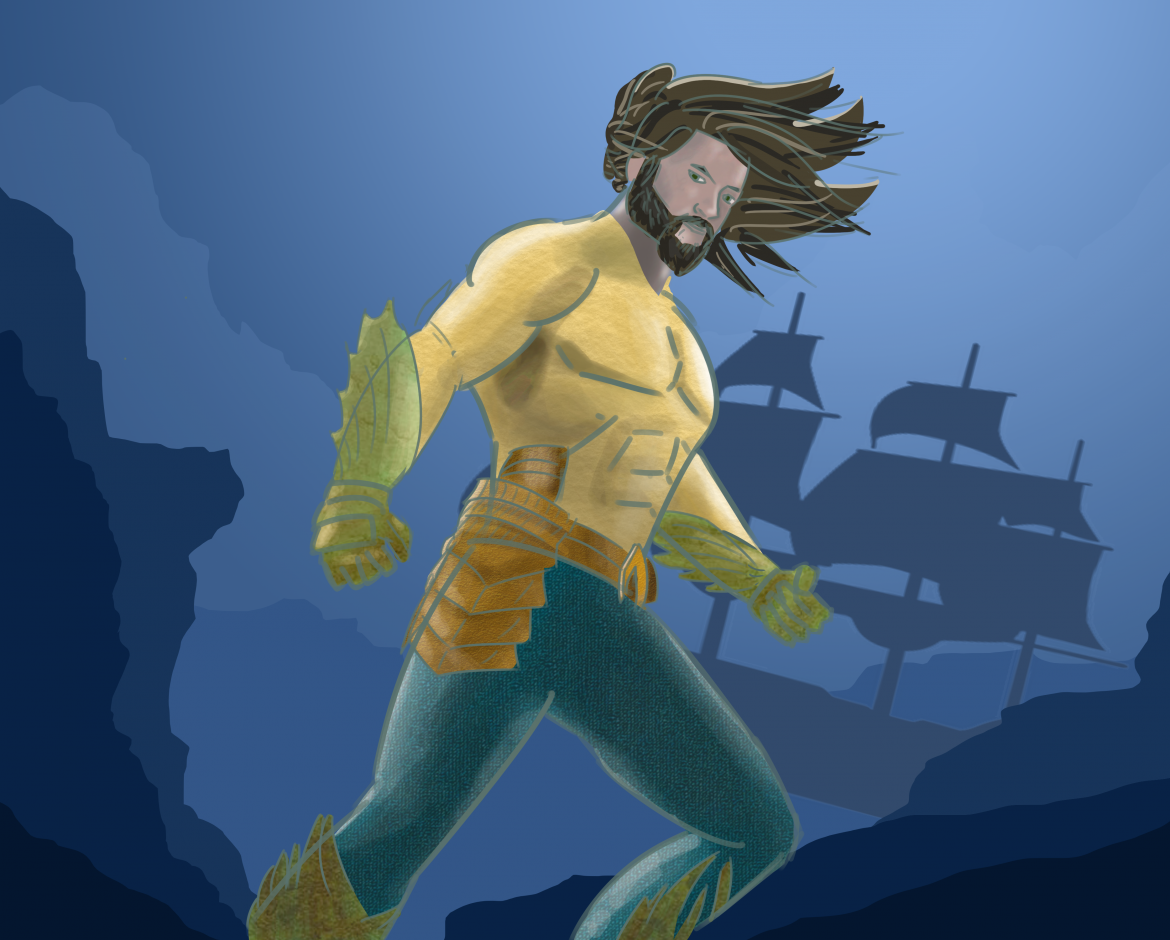 With a sensational Atlantis and remarkable action sequences, director James Wan creates a fun, visual marvel out of Aquaman. Still, a predictable plot and a poor performance from the supporting cast hinder Jason Momoa's first solo appearance on the silver screen.

3/5 stars
The DC Extended Universe (DCEU) has struggled to find its footing, with the majority of its films rated poorly by critics and underperforming at the box office. As the Marvel Cinematic Universe churns out successful movies with ease, the DCEU has turned away from Batman and Superman films and greenlighted lesser-known projects. Aquaman, who swims around in green and orange tights and talks to fish, has been labelled the “lame superhero.” Director James Wan showcases stunning visuals and incredible action sequences, but Aquaman fails to offer anything more than a formulaic superhero film.

Arthur Curry (Jason Momoa), son of a lighthouse keeper and the queen of the Atlantis, is the protector of the ocean, fighting pirate armies and saving ships from ruthless storms. Orm (Patrick Wilson), King of Atlantis and Curry’s half brother, declares war on the surface world, furious about the ocean pollution. The film depicts the journey of Curry and the Atlantean princess Mera (Amber Heard) to find the lost trident of Atlan and defeat Orm’s forces.

Aquaman allows audiences to explore the vast, cinematically-undefined world of the ocean and Wan’s Atlantis does not disappoint. Almost every scene is dominated by visual effects; from the turtles and giant octopi to the underwater cities and ruins, they were fantastic. Each of the seven different oceanic kingdoms had distinct color schemes, bringing a unique feel to every scene. Kym Barrett’s costume design was spectacular, displaying the vibrancy of the Atlantean species.

The film also boasts some of the amazing action set pieces, with Rupert Gregson-Williams’ sensational score tying them together. Every movement is swift and smooth and Wan’s rotating shots and long takes showcase the excellent fight choreography.

If there were any doubts of Momoa’s portrayal of Aquaman in Justice League, they were washed away in this film. As usual, he nails the intense, badass, and comedic moments, but Momoa surprises with solid emotional beats. In a film where giant crabs eat sharks in an underwater war, Momoa creates a grounded character that audiences immediately relate to.

The supporting characters, however, pale in comparison. Wilson did the best he could with corny dialogue, but Heard’s performance was poor. Her line delivery was dreadful and her chemistry with Momoa nonexistent. Additionally, Heard’s character’s writing added insult to injury. Meanwhile, Mera is barely even a character; she’s a fountain of exposition and really only exists as a narrator in leading Curry to wherever he needs to go. Midway through the film, Wan supplies a random, ill-placed romance and stops the adventure to show a scene of Curry and Mera flirting and eating flowers. The romance isn’t the only component that feels out of place. Black Manta (Yahya Abdul-Mateen II), Aquaman’s nemesis in the comics, was a secondary villain in the film. However, his motivations and backstory are fleshed out better than Orm’s and his character had no purpose in the film; he only seemed to be included to set up a sequel.

Aquaman also suffers from some major pacing issues. Curry and Mera embark on a journey to find an ancient trident and are being pursued by King Orm’s soldiers. But, Wan stops what should be a fast-paced race against the clock for numerous emotional scenes. This results in a story that lurches forward, abruptly stops for a touching moment, and then proceeds at breakneck speed again. And at two hours and 22 minutes, the film drags on. Wan tends to pad the runtime, extending scenes without adding more substance.

Despite the pacing problems and subpar writing, Aquaman is still an enjoyable film. Wan creates a fun, visual marvel that will instill hope and excitement in comic book fanatics.