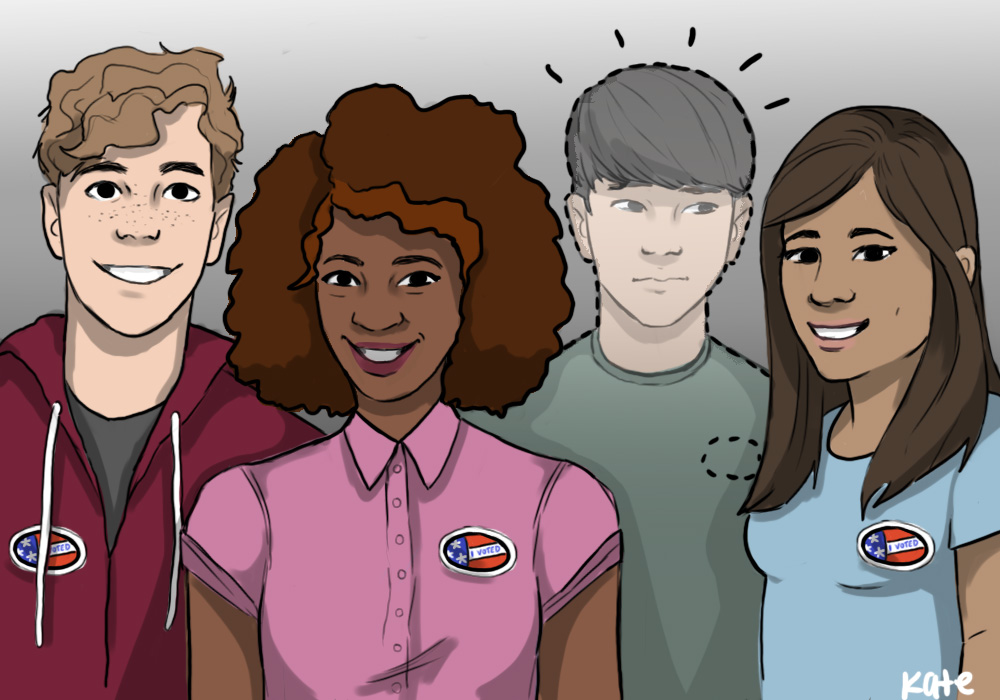 Asian-American parents often push their children towards a career in medicine to the point of it being stereotyped. However, the wellbeing of the Asian-American community has, ironically, nothing to do with how many healthcare professionals we can produce: our future success as a community in America is tied to our political activeness and ability to stand in solidarity with fellow people of color.

Apoliticism is the apathy towards political affiliations. Asian-American apoliticism comes from a combination of a lack of campaigning to the Asian-American community and a cultural disconnect between other communities of color. Despite having higher education and wage levels than all other racial demographics, during the 2010 midterms, Asians only had a 31 percent turnout rate.

Looking at the numbers, it is easy to understand why political strategists would leave out Asian-Americans when campaigning. In the 2010 Census, we constituted less than 5 percent of Americans. In addition, campaigns face extra language barriers when connecting to the community. Unlike Latinx populations that are ethnically different but share Spanish as a common language, Asians do not share a common language. This means that advertisements have to be extremely specific and often times won’t be cost effective.

The difficult task of overcoming Asian-American apoliticism will take more than having political ads in Asian mother tongues. Simply having candidate bios in Korean or Tagalog isn’t enough to make people go to the polls.

Some Asian-Americans often complain about the lack of visibility in the Asian-American community. But the reason that Latinx and Black issues are at the forefront of race discussions is because of the respective communities’ ability to place political pressure on racist organizations or people.

Collective apathy in the name of preserving our reputation as the model minority is the reason why our issues are invisible.

An event that crystallizes collective Asian-American cognitive dissonance and lack of solidarity is the fight for Tommy Le’s justice. Tommy Le was an unarmed high school student in Seattle who shot by the police.

It is important for Asian-Americans to show solidarity with other communities of color because we benefit from the systemic racism that puts Latinx-Americans and Black Americans at a direct disadvantage.

In order to defeat Asian-American apoliticism, communities must first defeat the myth that Asian-Americans are more hardworking than other people of color. We must defeat anti-blackness in our community, we need to stand up for the rights of the more marginalized, and we need to be vocal opponents of racism and hatred of all types.