Ant-Man is a refreshing addition to the Marvel Cinematic Universe 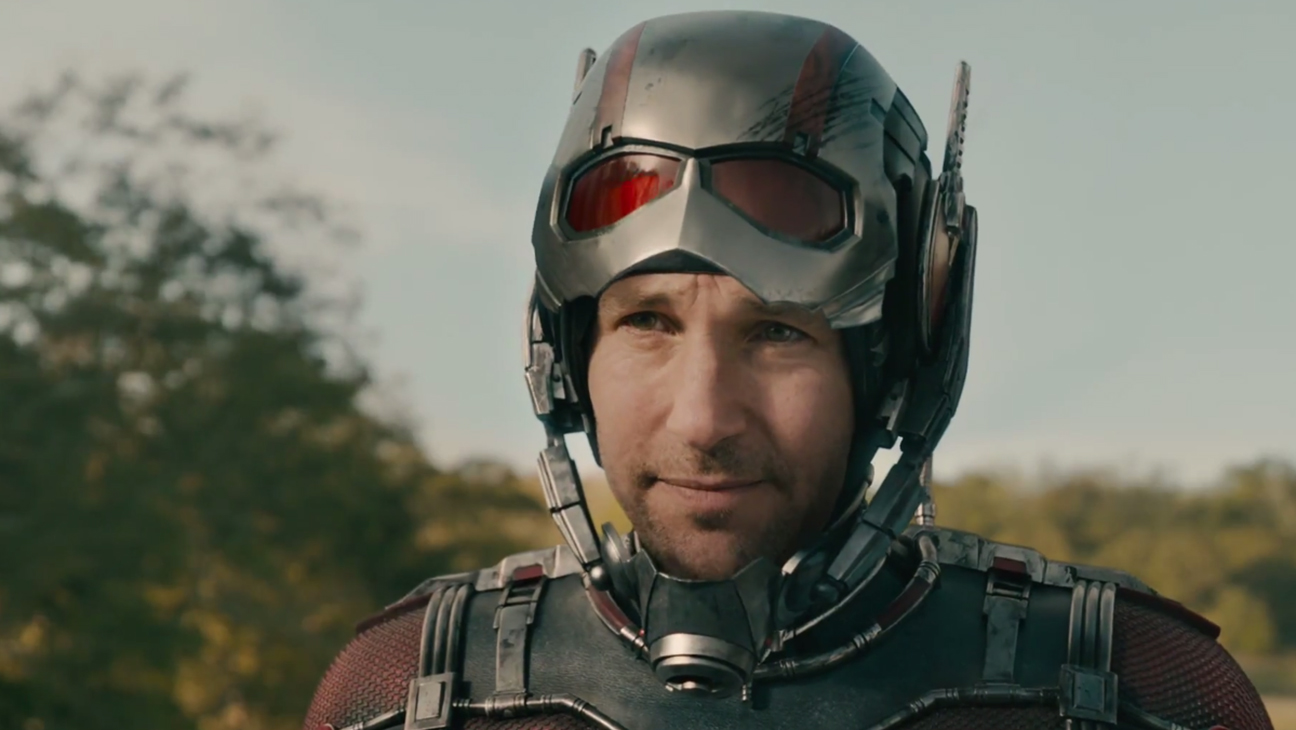 Ant-Man? A superhero that turns into the size of an ant? How is that even a superpower? How could this be a good movie? Thankfully, the writers and director overcome the skepticism with a light hearted, entertaining flick.

Apart from die hard comic book fans, everyone had the same view of the title character as a superhero: a joke. With heroes like Captain America, Thor, the Hulk and so many other power houses, how would Ant-Man fit in? As it turns out, the tiny superhero punches above his weight.

After being fired from his job for exposing a corporate fraud in his company, Scott Lang (Paul Rudd) turns to burglaring to provide for his family. He is caught and sent to prison. The film begins as Scott is released and claims he is going straight. However, his record of burglaring has tarnished his reputation and no one will hire him. Scott has no choice but to turn back to crime, but this time he is working with Hank Pym (Michael Douglas), the creator of the Ant-Man suit, and his daughter, Hope Van Dyne (Evangeline Lilly). Together, they plan to steal a formula created by villain Darren Cross (Corey Stoll) that has the power to shrink a man to create spy soldiers.

The creators of Ant-Man made a wise choice with the tone of the movie. The movie is very funny and even pokes fun at its own premise from time to time. Casting Paul Rudd, a typically comedic actor, as the lead works in the film’s easy going nature. As soon as the plot turns more serious, Rudd cracks a silly joke that keeps the audience laughing and engaged. In addition, Michael Peña delivers a hysterical performance as Scott’s best friend, Luis, and is one of the film’s highlights.

Despite its playful nature, Ant-Man also delivers entertaining action. Ant-Man has a set of powers unlike any Marvel hero so far, so the action is fresh and exciting. The special effects are clean and the film shines best with Scott Lang in the suit. The movie also treats us to a fight scene between Ant-Man and one of the Avengers, serving as an entertaining and smart approach to integrate Ant-Man into the Marvel cinematic universe.

Unfortunately, the film has several flaws. The movie feels rushed during Scott Lang’s training to become the Ant-Man, and resorts to a montage-like format to fit it all in the time limit. Because of its comedic tone, the film lacks an emotional anchor. The relationship between Scott Lang and his daughter is supposed to serve as the main drive for the hero, however the two share minimal screen time and the relationship is rarely fleshed out. The plot is very basic and follows a very familiar Marvel format. Furthermore, the climax of the film is very confusing and hardly explained.

Despite its flaws, Ant-Man is a joy to watch and is worth the price of admission. The film’s humorous and lovable characters along with the exhilarating action elevates the film to one of the better Marvel movies. Although very basic, the simplicity and self-awareness of Ant-Man works in its favor to create a fun action comedy for adults and children alike.

Photos of The Week #5: Brian Kojima

Photos of The Week #6: Tucker Judkins