Angelenos celebrate the LGBTQ+ community at the 2018 LA Pride Parade 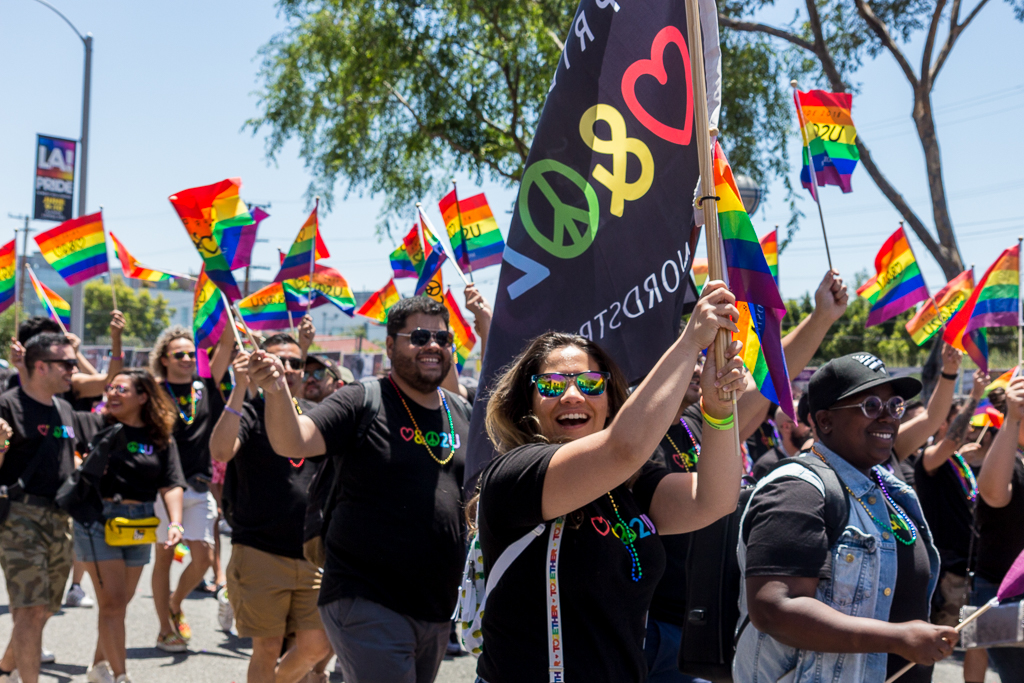 Members and allies of LA’s LBGTQ+ community gathered along West Hollywood’s Santa Monica Boulevard on Sunday, June 10th, in celebration of the 2018 LA Pride Parade. With the spirit of pride and diversity, the parade route displayed multicolored garments and flags, as well as notable politicians and organizations spreading festive support.

Despite the previous night’s scramble of customers who were unable to enter the Pride Festival due to overbooked ticket sales, the parade saw a noticeable change in atmosphere with proud smiles from spectators. The Pride Parade’s theme was “#JustBe,” encouraging people to be “confident, daring, and you,” noticeably present in the vast crowds of vibrant rainbow stickers, paint, tutus, and hats.

The bright pink shirts of Gays Against Guns left the crowd cheering as participants lay on the ground to honor lives lost in mass shootings across the country.

In attendance and away from the bustling sidewalks, members of the South Pasadena community highlighted the importance of pride in one’s identity.

“Pride is about standing together and speaking up for those who can’t,” incoming sophomore Francesca Carusetta said. “It’s so important to have pride as a way to not only celebrate our own personal journeys, but as a way to show others that it’s okay to be yourself and that you are absolutely not alone.”