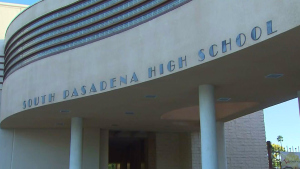 The two minors, 16 and 17 years old, were arrested on August 18 by South Pasadena Police in their homes after a community member notified the high school, which then alerted the local authorities about the suspicions. The two were originally charged with making criminal threats against another teen, and LA District Attorney’s office announced that the teens would also be charged with conspiracy to commit murder and conspiracy to commit assault with a deadly weapon. Both suspects have denied all accusations.

The juveniles stayed in the Eastlake Juvenile Detention Center in Downey for over a month, but will be released at an unspecified date, at which time they will remain on house arrest. Several students expressed concern over the decision.

The pretrial has been scheduled for October 30.

Tigers electric in 23-7 win over Glendale