Alhambra Courthouse: Andressian Sr. pleads ‘not guilty’ in the murder of his son 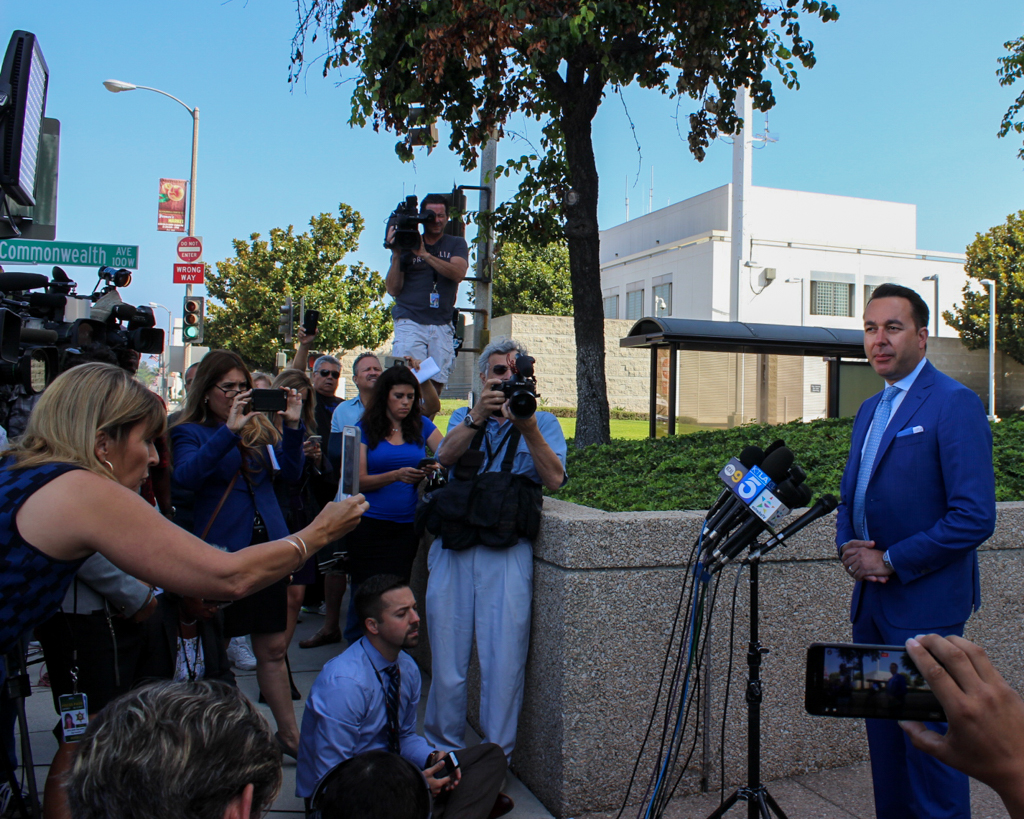 Judge Cathryn F. Brougham allowed Andressian Sr.’s request to waive his right to a preliminary hearing, during which a judge has to determine if there is enough evidence for a trial.

“In order to continue the case and give their attorneys time to prepare their defense and understand what the evidence is against them, you can waive [a preliminary hearing]t,” Andressian’s newly-hired counsel, criminal justice attorney Ambrosio Rodriguez said.

During the one-minute hearing, Andressian Sr. was dressed in an anti-suicide smock that cannot be made into a noose. His counsel was not at liberty to verify whether or not Andressian Sr. has been placed on a formal suicide watch.

Andressian Sr. will be evaluated by psychologist. It has not been disclosed whether or not this was prompted by his counsel or mandated.

“I will spend the next weeks speaking with my client, going over police reports, and any and all incident reports. Obviously, I have not had the time nor the opportunity to review the investigation that has been going on for months,” Rodriguez said.

Five-year-old Aramazd Andressian Jr. was reported missing by his mother, Ana Estevez, on April 22 when Andressian Sr. did not return his son in a custody exchange. Prosecutors believe that Andressian killed the boy as a result of a turbulent divorce and custody dispute with the boy’s mother.

Andressian Jr.’s maternal uncle comments on justice for his nephew.

“We are here for justice for Piqui [Andressian Jr.],” maternal uncle Shaun Estevez said, standing outside the courthouse.

Andressian Sr. was arrested on June 23rd in Las Vegas after authorities became suspicious of alleged plans to flee the country. Andressian Jr.’s remains were found Saturday morning in a Santa Barbara lake. It is unclear at this time whether Andressian Sr. aided officials in the finding the boy’s remains.

Andressian Sr. is scheduled to appear before court again on August 16th.

Fourth of July in South Pasadena