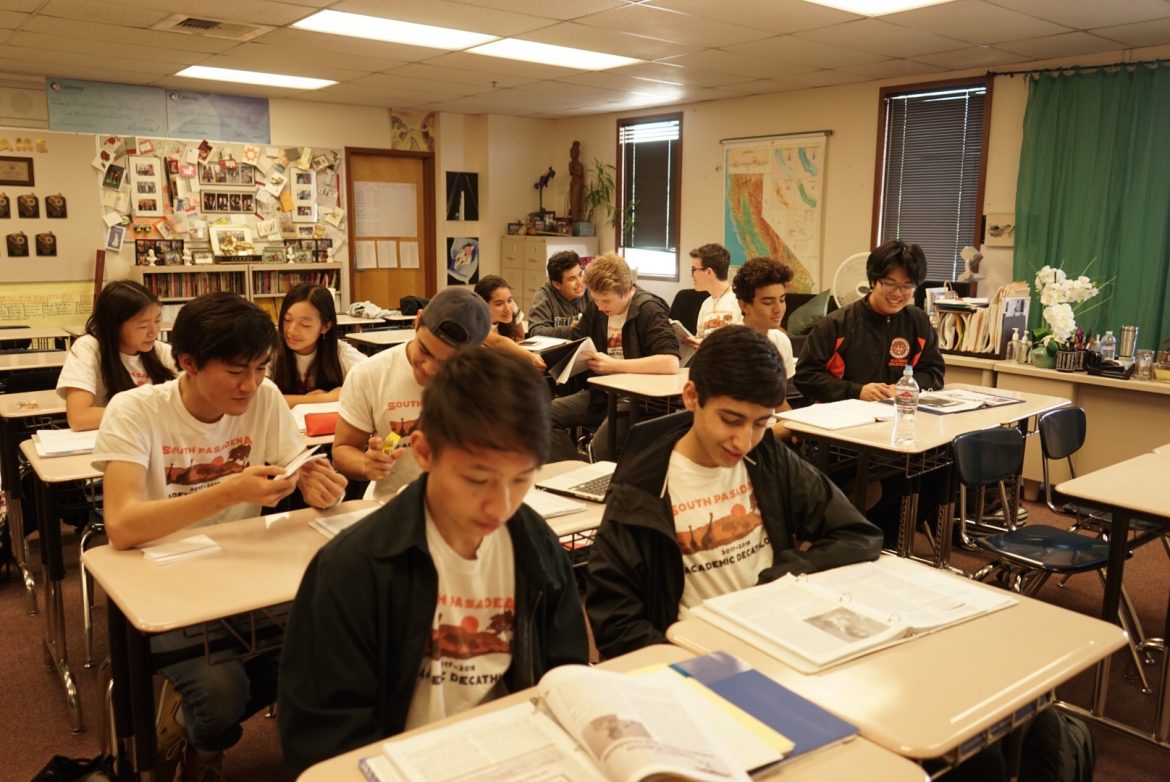 The SPHS Academic Decathlon team dominated contesters in the first round of competition at the county level Saturday, November 11. The team beat its own record its fourth year in a row,  setting the highest point total in Los Angeles County’s 39-year history.

The team claimed the top three awards in every category of the competition, placing as the second highest ranked team in the nation. Team captain junior Steven Chin also earned the most points in all of Los Angeles County for any individual competitor.

The Tigers’ success in upcoming competitions will have to be far more reliant upon hard work and determination than resources, as described by team coach and history teacher Oliver Valcorza.

“I am very proud of our accomplishments especially because we only have one coach compared to our competitors who have as many as 10 or 11 part or full time coaches.” Valcorza said. “I really think that it shows how hard our students are willing to work and it really shows that we have a great teaching staff at South Pasadena. Even though I am the only coach, I really feel that we have great faculty that helps with this type of learning.”

Academic Decathlon will host a scrimmage in early December before attending the El Camino invitational tournament. Although these events do not affect the team’s overall standing, they are used to gauge the competition and assess the effectiveness of the team. The next round of county competition will be on Saturday, January 27.