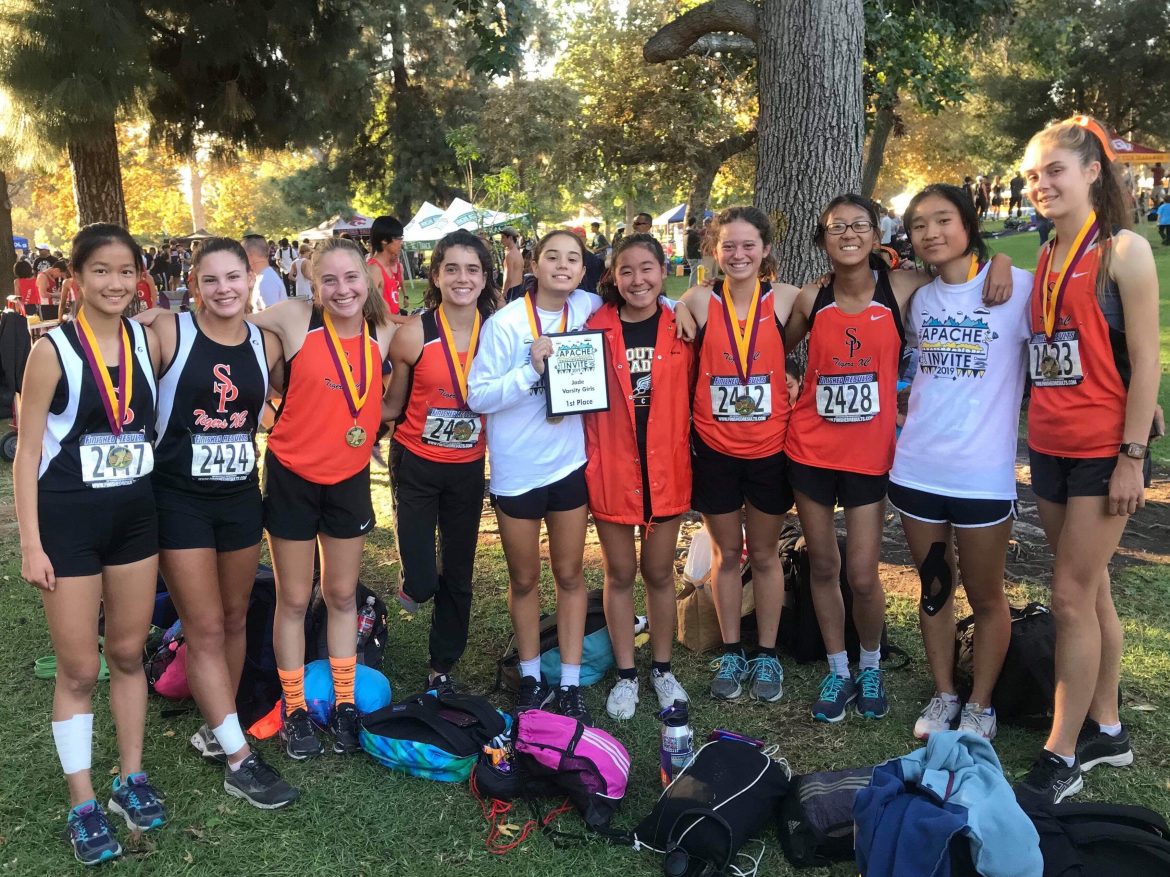 Sophomore Sydney Morrow (fourth from the left) earned a first place finish in 17:42:00, nine seconds from the SPHS record.

The girls and boys cross country teams both placed first in the Jade D-IV races at the Apache Invitational on Friday, Nov. 1.

“It’s really thrilling to know that I’m close to holding the school record. All SPHS track and cross country coaches respect Helena Van Loan [the current record holder] and it would be amazing to have that same respect,” Morrow said.

“The team did exactly what I wanted,” coach Michael Parkinson said. “We won our varsity races without having to push all out. A few went perhaps faster than necessary, but overall, ran according to plan to prepare for the championship postseason.”

The Tigers will compete in Rio Hondo League finals at Lacy Park on Thursday, Nov. 7, before continuing on to CIF preliminaries.