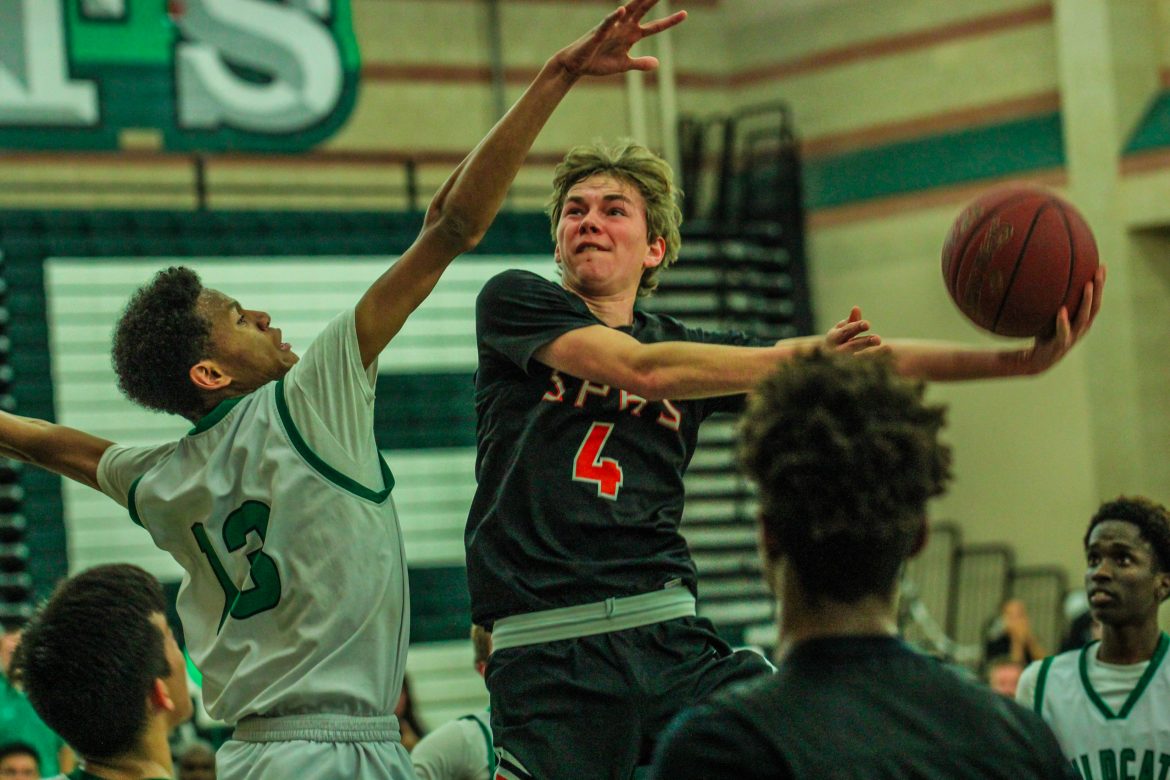 The Tigers hope to finish the first half of league above .500 against San Marino on Wednesday, Jan. 22.

Boys varsity basketball reigned victorious, 68-55, over Monrovia on Friday, Jan. 17. The 13-point win moves the Tigers up to 2-2 in the Rio Hondo League and 14-5 overall.

Both teams showcased stifling defenses; in a turnover-filled game, neither was able to grab a consistent lead for the majority of the game. Finally, seniors Billy Reed III (33 points) and Alan Quan (eight points in the fourth) helped the Tigers surge ahead for the double digit win.

Junior Amar Ebrahim found his offensive groove early, finishing two quick layups. But before South Pas could mount a large lead, Monrovia rattled off a mini-run of their own to draw within one point.

The remainder of the quarter followed this pattern: the Tigers would inch away, but the Wildcats always responded. South Pas lead by three, 17-14, at the end of the first period.

The flow of the game stalled in the second quarter. Both teams picked up the pace, flying up and down the court without scoring; most of the points came from free throws.

The Tigers’ obvious restlessness exploded in a spur of strong offense, bringing the score to 28-16. However, turnovers and fouls halted South Pas’ momentum. Monrovia knocked down eight free throws during a 10-2 run to bring itself within four points at the end of the half.

Quan finally got the Tigers back on the scoreboard, jumpstarting the offense. In the remaining minutes, Ebrahim scored four points and South Pas drained a triple with 2.7 seconds left in the quarter to take a 47-41 lead.

Quan continued to stroke from range, knocking down another three and making a bucket to hand South Pas a 19-point advantage. From then on, despite the Wildcats’ best efforts, the team coasted to a 68-55 win.

“We played a good game. I think we had high intensity and good execution,” Ebrahim said. “But coming into this second half of league, we need to limit turnovers and make free throws, which was also one of our main issues. If we do those things and continue being aggressive, we’ll be able to make a nice spot for ourselves in playoffs.”

The team will host San Marino on Wednesday, Jan. 22.