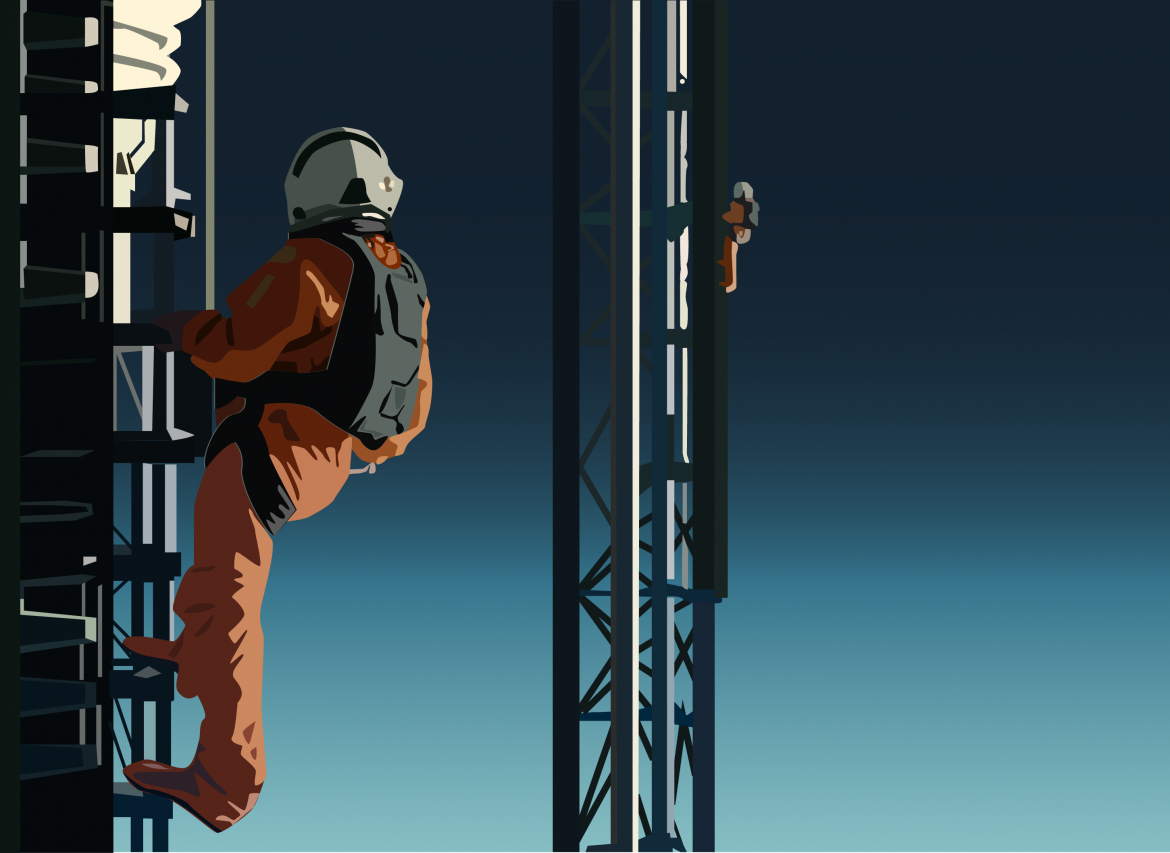 With the six highest grossing films of 2019 being either sequels or remakes, standalone films no longer attract mainstream audiences; everyone is waiting for a popular franchise’s next installment or the newest live-action remake. Even production companies and studios have followed suit, throwing money at adaptations and leaving indie projects behind. Director James Gray’s sci-fi thriller, Ad Astra, is a disappointing mess that not only exemplifies Hollywood’s uptick in unoriginal movies, but a decrease in the quality of independent films as well.

Ad Astra takes place in the near future, after humans have colonized the Moon and Mars.  Astronaut Roy McBride (Brad Pitt) is tasked with finding his long lost father, scientist Clifford McBride (Tommy Lee Jones), who is believed to be fabricating the mysterious power surges that endanger all life. As he journeys across the solar system, Roy starts down a path of self-discovery and learns the true horrors of the space society that mankind has created.

While the movie boasts a talented cast and an intriguing premise, Ad Astra’s cinematography and visuals are its defining features. Cinematographer Hoyte van Hoytema, who shot beautiful films like Interstellar and Dunkirk, expertly contrasts light and darkness on the Moon. His scenes encapsulate the magnitude and isolation of deep space, paralleling Roy’s struggle with loneliness.

Brad Pitt does most of Ad Astra’s heavy lifting, churning out a quality solo performance without many supporting characters to bounce off of. His character Roy spends most of the film isolated in the sonic vacuum of space, but Pitt still delivers with subtle facial expressions and top-notch nonverbal acting.

Despite Pitt’s best efforts to create a compelling internal conflict, Gray’s screenplay still falls flat. The movie tends to tell, not show Roy’s motives and character development. his struggles are all told through disengaging narration.

Gray squanders a strong supporting cast, giving none of actors enough characterization and purpose to affect the audience. Liv Tyler plays Roy’s ex-wife and roughly has three lines in as many minutes of screentime. Although the ex-wife storyline feels out of place and lacks sufficient build-up, Roy’s arc heavily depends on her. The screenplay also wastes Donald Sutherland and Ruth Negga, who essentially both appear in glorified cameos and only serve as brief plot devices.

Furthermore, Ad Astra has some fascinating aspects that Gray is unable to capitalize on. The father-son moments are the only genuinely emotional beats that resonate with the audience — the film should have focused on developing this dynamic, which would have allowed for a more satisfying ending instead of the underwhelming finale that Gray had written.

The pacing is also subpar and inconsistent; the movie immediately dives into the plot and dumps a mountain of exposition on the viewers, but then lurches to a halt to develop the setting. The third act is another wasted opportunity. It never seems to end, drawing out tension that never amounts to a satisfying ending.